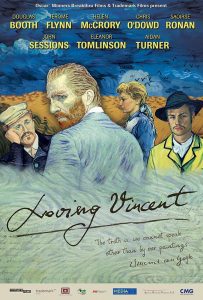 An animated film that boasts (in its opening crawl) 100 artists hand-painted the thing. I’m not sure what the point is knowing that up front unless to direct viewers to the visuals rather than the somewhat less impressive script. Loving Vincent uses a mix of actors on sets, rotoscopic animation, and CGI to create what is an astonishing visual feast—an animation that apes the actual work of its subject, Vincent van Gogh, depicting locations made famous from his paintings as they appeared in his paintings… but everything’s moving.

The story is a mystery of sorts, taking place a year after the painter’s death. Armand (Douglas Booth, better here than he was as Percy Bysshe Shelley in Mary Shelley), the son of a postal carrier (Chris O’Dowd) who was close to van Gogh, tries to deliver one of Vincent’s letters to brother Theo, only to find he too has passed away. 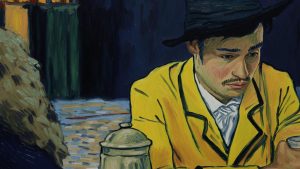 This leads Armand to begin his own investigation into Vincent’s death, which may involve Vincent’s doctor (Jerome Flynn), the doctor’s daughter (Saoirse Ronan), housekeeper (Helen McCrory), or any number of people in the village of Auvers-sur-Oise, France, where Vincent spent his final days. The mystery of Vincent’s death is diverting, but none of the characters are terribly vivid, and Armand goes from grudgingly agreeing to do this thing for his father to being actively curious about what happened to the artist, though the filmmakers fail to do justice to the reasons for Armand’s change of heart. The ambiguity of the conclusion also works against the film’s suspense—damn real life and its unanswerables. It all feels like a Franco-Dutch Heritage Moment at feature length, with one hell of a canvas.

How To Talk To Girls At Parties 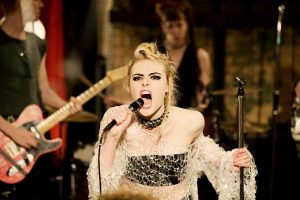 “…when you start out as kids you’re just boys and girls, going through time at the same speed, and you’re all five, or seven, or eleven, together. And then one day there’s a lurch and the girls just sort of sprint off into the future ahead of you, and they know all about everything, and they have periods and breasts and makeup and God-only-knew-what-else — for I certainly didn’t.”  That’s an excerpt from Neil Gaiman’s short story How To Talk To Girls At Parties, and I think it’s the crux of what the story and its cinematic adaptation is really about: Girls may as well be fascinating extraterrestrials to boys of a certain age. 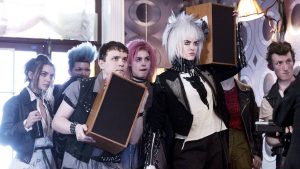 Gaiman’s short story is particularly brief—about two friends who find a party in the London suburb of Croydon and discover the girls there are actually aliens —so writer-director John Cameron Mitchell and collaborator Philippa Goslett had to build on it to fill the running time. To start with: the movie is set in the late ’70s, the boys are punks, and there’s three of them. The most sensitive of the group, Enn (Alex Sharp), connects with one of the aliens, Zan (Elle Fanning), who’s looking to break from her collective. Enn introduces her to his particular corner of London and the punk scene, including big cheese culture vulture Boadicea (Nicole Kidman), while Zan’s “people” (including Ruth Wilson and Matt Lucas) hunt her down before an alien ritual takes them off planet. 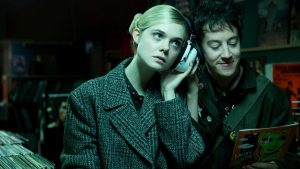 There’s a lot to enjoy in John Cameron Mitchell’s film, not the least of which is his own personal raison d’etre, telling stories of misfit families finding common ground under one freak flag. Setting his film in the 1970s gives him allowance to make the aliens ’70s art weirdos, a mix of Kraftwerk and Clockwork Orange, with peculiar cadences, dances, and terminology. This is all a lot of fun—light, comedic material while also being a coming-of-age tale loose and raunchy enough to let fly with ass-cherry jokes with added Kidman in a Cruella de Vil wig, though you won’t be travelling quite as far as where Shortbus took you. And for those with punk and new wave nostalgia, this particular weirdness will bring plenty of rewards. Resistance is futile.