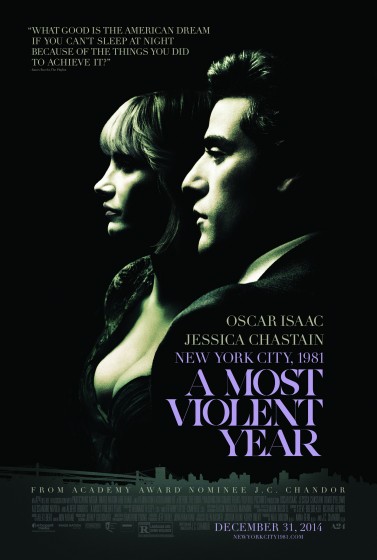 It’s arriving late here in Halifax and appallingly under-loved by the Academy, but I’m here to tell you A Most Violent Year is one of the best movies of 2014.

The scale and ambitions of this picture are sky high for what is essentially an indie drama, which is why some have compared it favourably to The Godfather.

Oscar Isaac, in the kind of performance that should have earned him an Oscar nod, is Abel Morales. He and his wife, Anna (Jessica Chastain), own a heating oil company in Brooklyn in 1981. They’re doing well, having just bought a modern new home. They’re upwardly mobile.

He’s just signed a contract to take over a large property down by the river, which will allow him to bring in and store large amounts of inventory. Now he has thirty days to secure the cash. The bank is behind him, but his competitors, they think he’s growing a little too quickly. Men are threatening his people, stealing their trucks, so the Teamsters are pressuring Abel to arm his drivers. The DA (David Oleyowo) is making it his mission to clean up this corrupt oil business, starting an audit Abel’s finances. And Anna, the steely backbone of the couple, is willing to do anything to protect both the business and her family. 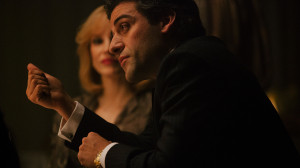 The film is both realistic—the crime stats in NYC circa ’81 were skyrocketing—and indebted to the cinema of that age: When we think of the early work of Scorcese, Friedkin, Lumet, and Mazursky, those movies kicked like A Most Violent Year, classic 1970s New York dramas. It’s a strong reminder of the impact of a great story combined with a wonderful sense of time and place.

The thematic Godfather comparisons carry over to Isaac himself. The character’s brooding intensity, combined with the particulars of his situation—clawing with tooth and nail to maintain some semblance of legitimacy as a businessman while everyone around him breaks the rules—makes it impossible not to think of Al Pacino as Michael Corleone, though all three chapters of Coppola’s gangster epic. But, again, the legacy is apt. They have a similar broodiness to them. 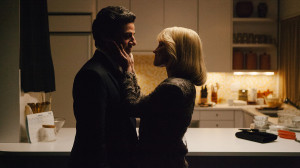 Chandor, already established thanks to the solid dramas Margin Call and All Is Lost, proves with his third film that his cinematic storytelling skills are among the best in Hollywood. He has a knack for compromised characters who find a sense of personal strength in nearly impossible circumstances. And I just love the intensity of the dialogue, where layers of pressure are applied, providing a constant feeling that everything could fall apart or simply explode at any time. And, to Chandor’s credit, it doesn’t: he pulls off a suspense highwire walk, where the film’s conclusion comes like a deep exhale. 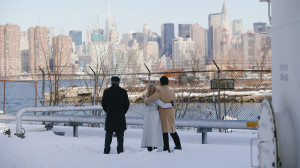 The film is spotted with great support, especially Albert Brooks as Abel’s lawyer, and Alessandro Nivola as one of Abel’s more civil competitors, who still lives in a fortress to protect him from his enemies.

I must also mention the sterling work of Chastain as Anna. As the film progresses we get a stronger sense of the lack of compromise in her soul. This is a Lady MacBeth role, and Chastain takes it all between her straight, white teeth and gnashes.

The only thing of any marked criticism I could say about the film is a total nit pick: the title. It really should be called A Very Violent Month, with the 30 day deadline looming in the background.

This is a very wintry movie; Isaac barely takes off that terrific camel hair coat. 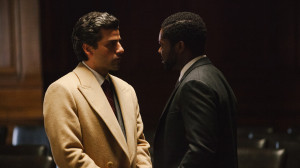 A Most Violent Year opens in Halifax Friday, January 30