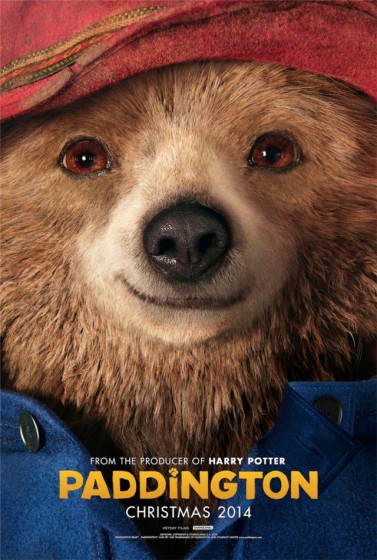 Directed by Paul King, written by King and Hamish McColl, from the Michael Bond character

I don’t see a lot of movies aimed for a very young audience, unless you count the regular Pixar output, but I’d heard good things about this adaptation of the popular British children’s books, which I knew a little of, and was delighted. 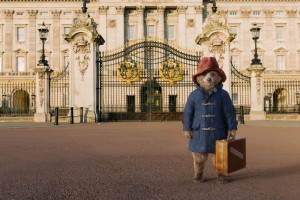 The film starts with a British explorer (Tim Downie) in “Darkest” Peru—the antiquated colonial expression is used often here, but ironically and with a lot of self-awareness. Paddington never misses an opportunity to skewer the Empire’s imperialist attitudes,  stuffy past, and any lingering small-minded attitudes.

The explorer makes friends with a couple of hyper-intelligent (CGI) jungle bears. Flash-forward 40 years and the two bears have picked up English customs, passing on that knowledge to their nephew (voiced by Ben Whishaw). Off he goes to London, armed with the proper manners and a deep understanding of an old-fashioned and polite way of being. Arriving in busy Paddington Station, he struggles to get noticed, which surprises him. Where are the welcoming people he expected?

The Brown family stumble upon him—Mary (Sally Hawkins) and son Jonathan (Samuel Joslin) are compassionate, while Henry (Hugh Bonneville) and daughter Judy (Madeleine  Harris) are suspicious. But welcome him they do, taking him home, even though he’s prone to catastrophe everywhere he goes. The senior relative who lives with the Browns, Mrs. Bird (Julie Walters), doesn’t seem to mind. The family names the bear after the train station where they found him.  Paddington believes if he finds the explorer, he’ll find a forever home, but someone is also searching for him—master taxidermist Millicent (Nicole Kidman, in full-on Cruella De Ville form). 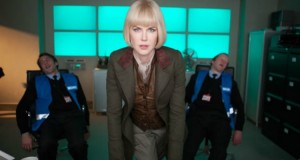 The slapstick gags come thick and fast, but the script is clever enough not to rely on just those—there are plenty of touches that will appeal to the adult accompaniment. It’s in the music, the editing, little touches of animation, and the astonishing care to the sets and overall production—practically a steampunk-level of imaginative design, especially in an antique shop run by an ever charming Jim Broadbent (rocking a ridiculous accent), and a Geographer’s Guild building lousy with clockwork apparatus and vacuum tubes. The sharp-eyed will also notice a reference to Raiders Of The Lost Ark and more than one nod to Mission: Impossible. 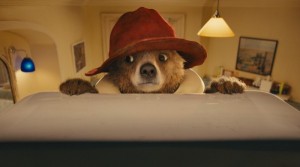 What’s most enjoyable is an elegant irreverence to conservative British mores, while luxuriating in the adorable quirks of British culture. At the heart of the story of a wayward bear’s search for a home is a universal tale of immigration, people going somewhere new and feeling out of place, but finding a home anyway amongst accepting folk, despite the intolerance and outright racism of some of the other locals. My head almost popped off when the Browns’ bigoted neighbour (Peter Capaldi) complained about Paddington’s “jungle music.”