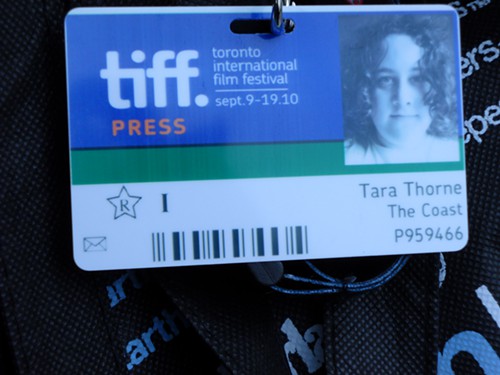 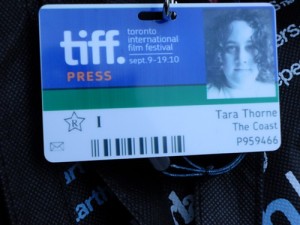 A regular guest on my CKDU radio days experience The Love & Hate Movie Show,
Tara Thorne is a real Halifax hyphenate. Former arts editor at The Coast, she’s now an arts and entertainment correspondent for CBC Radio One’s Information Morning, as well as being a singer, songwriter and bassist in her band Dance Movie. Oh, and she writes plays. She probably does other creative stuff I don’t even know about.

Right now she’s at the Toronto International Film Festival, blogging daily at The Coast.
Her observations are astute and hilarious… check her out here:

Oh, and the blog I just linked to, The Coast’s Haliwood Insider, is worth visiting from time to time even outside of festival season, as it features regular posts from Coast film nerds Hillary Titley, Matt Semansky, Sue Carter Flinn, and occasionally, even me. (And I’ll be linking to it daily when I start going to see films at the AFF later this week…)