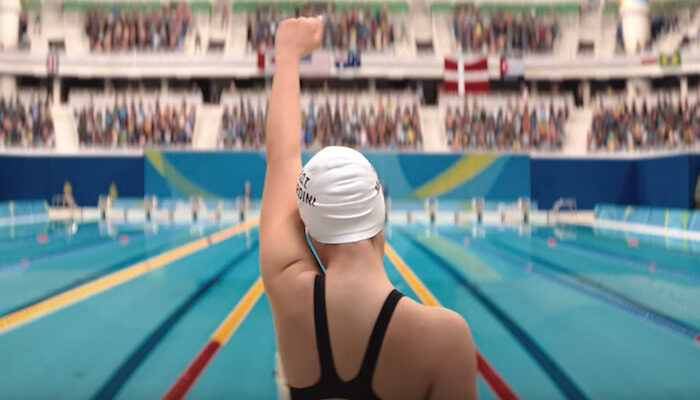 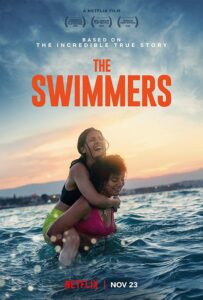 A version of this review was posted on FITI during the Toronto International Film Festival.

The Swimmers had the honour of being the Opening Night Gala at Toronto International Film Festival, which might be a testament to the expectations around this picture — a story based on the actual experience of Syrian sisters Sarah and Yusra Mardini (played by sisters Manal and Nathalie Issa). 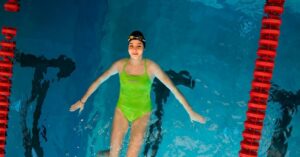 The Mardini sibs were competitive swimmers back in Damascus. In 2015 they were forced to leave by the war and migrated to Germany. They went in advance of their family, a little sister and parents, with the hope that once settled they could both compete in the Olympics and have their loved ones follow them to a new life. 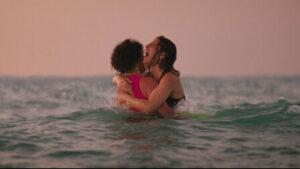 Of course, in the vast, international refugee crisis nothing is as simple as they’d hoped. The film shows us the reality of dangerous travel, bigotry, miles of red tape, and other bureaucratic nightmares.

The casting of actual sisters in the leads is a masterstroke, bringing a naturalism in the performances that trumps the occasional leanings into teen- and sports-movie cliche and the distracting conceit that they speak English half the time when they obviously wouldn’t need to. 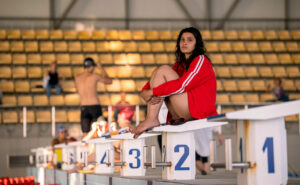 What the film does best, and what raises it above the flaws in the script, is the way it serves as a migration narrative that humanizes what we’ve all seen on the international news. 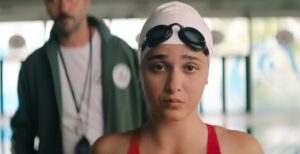 The sisters’ travels across rough Mediterranean seas and over barbed wire fences at European borders in the company of equally desperate families from Eritrea and Afghanistan, that’s the element here that feels most vivid.  That’s the heart of the film’s second act, and it really sticks. 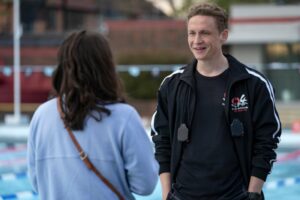 Unfortunately, the stakes lower when the picture becomes more about finding a German swim coach, Sven (Matthias Schweighöfer), and the inevitable athletic competitions. The Swimmers never quite recovers nor sustains its extended running time, nor do we get that sense of triumph that some sports movies allow because the the real life story doesn’t quite provide it. The sisters’ journey of survival is their gold medal — the middle bit ends up being the film’s emotional high point, and not what happens later in the pool.