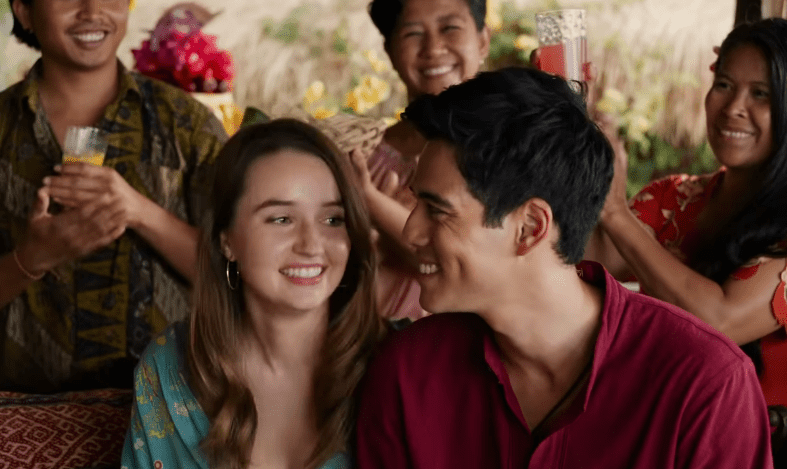 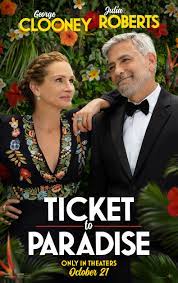 You can’t deny the dazzling star power of Mr George Clooney and Ms Julia Roberts, Oscar-winners both but more likely to be remembered as movie stars than character actors — or in Clooney’s case, as a director. Sure, they’ve got the chops — have you watched the excellent Michael Clayton or Erin Brockovitch lately? —  but its their charisma that we adore. Together on screen it’s practically blinding.

It also feels churlish to be too critical of an easy-going romantic comedy, a genre we see too little of on the big screen, especially one set in beautiful Bali (though much of it shot in Australia) — it’s a little like going on a wildly inexpensive tropical vacation.

But while the time spent in the cinema at Ticket To Paradise is barely a hardship, it’s also not a very good movie, certainly not one I’ll be in any hurry to revisit — and that’s despite all the eye-candy. 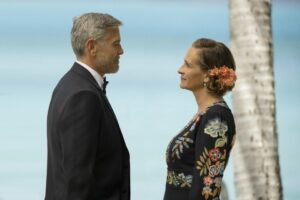 First off — the script is bland and predictable. Sure, romantic comedies rarely push the boundaries of originality, but this one is especially limp.  Clooney and Roberts are David and Georgia, long divorced 50-somethings. They’ve travelled to Bali where their daughter, Lily (Kaitlyn Dever), has fallen in love with a hunky local seaweed farmer, Gede (Maxime Bouttier), while on vacation and thrown away a promising career in law to live on the Indonesian island. The parents’ mission is to shelve their longtime animosity and sabotage Lily’s matrimonial plans so she doesn’t make the same mistake they made years before. Oh, and this while Georgia’s dating a much younger, handsome French pilot, Paul (Lucas Bravo). 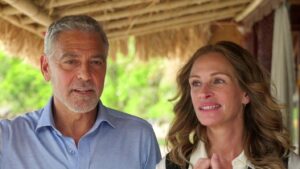 The first act gives Roberts and Clooney a lot of time to apply the screwball to the comedy, with plenty of zingers at the expense of the other, all of which is fine, just not terribly fresh. They’re not nearly mean enough, nor especially funny.

Worse, the film arranges a Booksmart reunion of Dever and Billie Lourd, who plays Lily’s best pal, Wren, and doesn’t do anything with them. 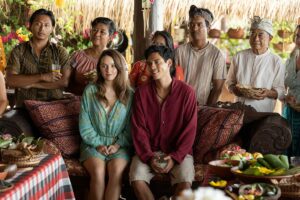 Wren likes to party, which makes for a couple of mild chuckles, but there’s no real consequences to any of it. There’s a scene at a bar where Wren and David are drinking and talking, and the opportunity is right there for one or the other to make a pass. That doesn’t happen, but how awkward and hilarious would that have been if they’d had sex?

There’s no chance this movie is going to go anywhere near that provocative — when Lily and Gede first spend the night together, he points out the next morning her room’s floor wasn’t very comfortable. Don’t want to scandalize anyone with the shameful suggestion they had sex on the first date!

The screwball eases up in the second and third act, where David and Georgia naturally soften to each other, and reframe their shared past with a few sentimental moments and admitted regrets. Which is fine as it gives us something feel, but the plot issues are still manifold. For instance, when Lily and Gede do finally have their wedding ceremony, why isn’t Paul there? 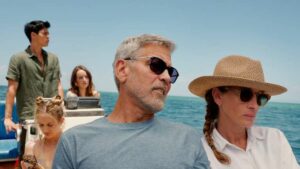 The picture also leans pretty heavily on local customs. I don’t know enough about Balinese culture to know whether this picture is respectful and accurate, but it’s hard to imagine given how idealized it all is — people living in ecological and emotional harmony with nature and each other, with odd cursed temples to be avoided if you’re unmarried. Perhaps the Indonesian tourism board invested heavily. 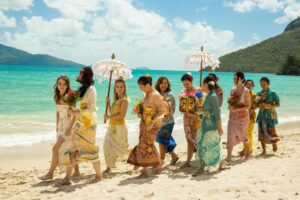 Enjoy the sunsets and great teeth on display, I guess.