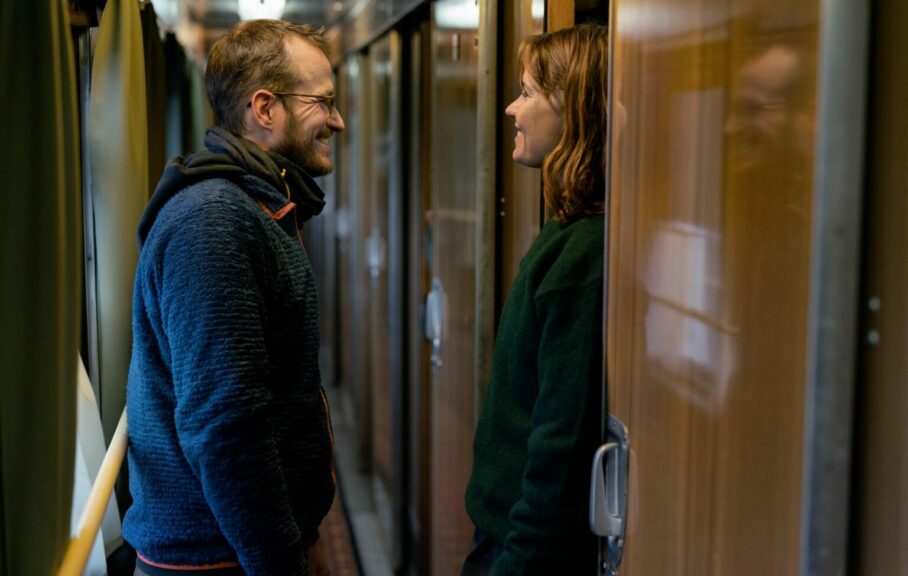 Directed by Juho Kuosmanen | Written by Kuosmanen and Andris Feldmanis, based on the novel by Rosa Liksom | 107 min | ▲▲▲▲△ | VOD 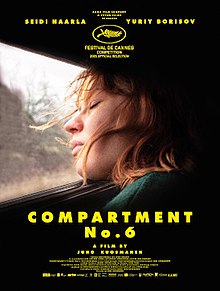 Laura (Seidi Haarla) is a Finnish architecture student taking a long train ride from Moscow to Murmansk — via St. Petersburg and Petrozavodsk and points north — who gets to know an obnoxious, drunken, but eventually endearing Russian miner, Ljoha (Yuriy Borisov)  with whom she’s sharing a cramped compartment. She’s leaving a romantic entanglement where the other party seems far from heartbroken, and is carrying a certain wistful uncertainty about her future as a result. 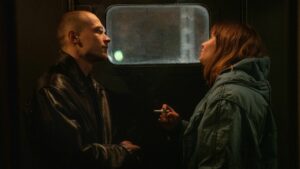 Until a reference is made to James Cameron’s Titanic, the setting feels like it could be almost anytime between the mid-1980s and the turn of the millennium — a clamshell walkman and clunky camcorder serve as uncertain tech signposts. 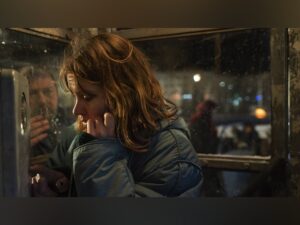 The film is loaded with a wonderfully intangible anti-glamour soulfulness. It’s seeped into the grubby walls and yellow windows on the train, shots of vodka in chain-smoking mouths set in pock-marked faces. It does nothing to make Russian rail travel seem at all appealing, and that’s where a peculiar, hardbitten romanticism creeps in. 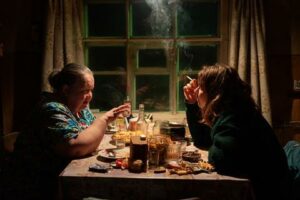 Compartment No. 6 ends up being about the most universal, simple, and human thing you can imagine — a difficult journey and an unexpected connection for two people who otherwise would never have known each other, but end up helping each other move forward in both of their lives. 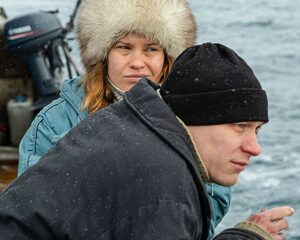 One more thing about this film that may be worth talking about: Many of the picture’s key filmmakers are Finnish, but it was shot in Russia with a portion of Russian funding. It prompts considerations about cultural material out of Russia at the moment. 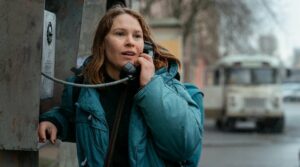 I watched the film just near the start of the ongoing Ukrainian invasion, and while I don’t think a nation’s artists should be punished for the behaviour of its non-democratic leadership — especially when at its heart this is, in fact, a Finnish film — I would understand anyone not wishing to see a film right now made at least partly with the Russian state’s support.