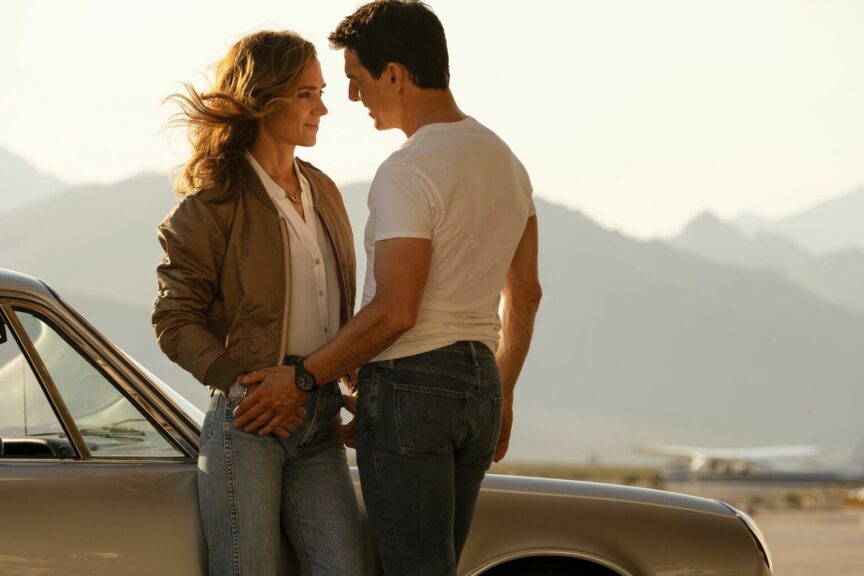 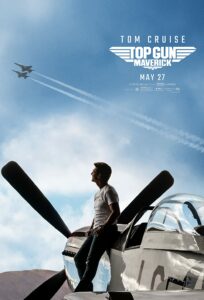 If you remove the Mission: Impossible series from the equation, Tom Cruise has never made a sequel to any of his hit movies. Given his 40+ years in the Hollywood spotlight as both an actor and producer that’s surprising, isn’t it? I couldn’t tell you why he thought now was the time and his US Navy recruitment picture Top Gun (1986) was the one to bring back to the big screen, but here it is.

For those who might not have seen Top Gun in awhile — it’s on Crave in Canada, Paramount +, Starz, and rentable on VOD — it’s a hyper-stylized, entertainingly homoerotic, ’80s jet jerk-off of the sort they don’t make anymore, and for pretty good reasons. 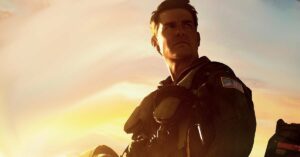 Maverick is Pete Mitchell, hotshot pilot (because Cruise was a hotshot everything in movies at the time — pimp, bartender, pool hustler, lawyer, Vietnam vet, NASCAR driver, Irishman, whatever).

In the first Top Gun movie he was part of a crew of hotshot pilots competing against each other at the Navy’s hotshot pilot school near San Diego, which the hotshot pilots call Top Gun. Maverick had a slightly less charismatic co-pilot, the sweet, loyal Goose (Anthony Edwards), a steely competitor, Ice Man (Val Kilmer), and a love interest, Charlie (Kelly McGillis), who’s also an instructor. 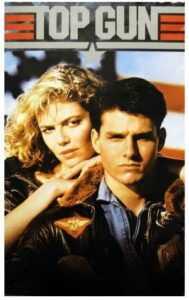 The key dramatic point of the first movie — the accidental death of Goose — is the dramatic hinge 36 years later. Maverick is still just a Captain, despite years of commendations and military successes, because he either can’t handle being given orders or his voiced excuse: He’s where he’s meant to be, flying jets. 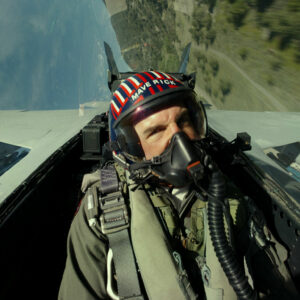 That feels like weak tea, if you ask me, but his rebellious compulsion is never really explored.

The decades of guilt about Goose resurface when he’s asked to return to Top Gun as an instructor, to prepare a new cohort of hotshots for an attack on a uranium depot in some unnamed rogue state. One of the pilots is callsign Rooster (Miles Teller), Goose’s son, who has a beef with Maverick. 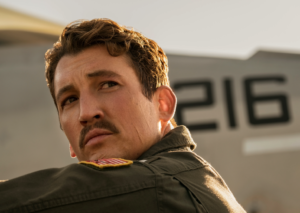 Complicating matters are the Top Gun big brass — including Jon Hamm, Ed Harris, and Charles Parnell — who still have gripes with Maverick’s irreverence after 30 years, but at least Admiral Ice (Kilmer) is still in his corner.

Also on the scene is Penny (Jennifer Connolly), a divorcee and single mother who took over the Hard Deck, the famous Top Gun bar. (I guess McGillis wasn’t interested in coming back. )

In the new movie’s first act you’d be forgiven for thinking you’d stepped into a rep screening of the original picture.

With cinematographer Claudio Miranda, Director Kosinski (Oblivion) apes Tony Scott’s shooting style and lighting right down to the golden-hour glow through the venetian blinds. We get the return of Faltermeyer and Loggins on the soundtrack along with Maverick’s need for speed, helmetless on his vintage moto.

Cruise is OK here, bringing a little of Ethan Hunt’s recent vulnerability to bear, but this material is all so tiresomely repetitious — why even bother? 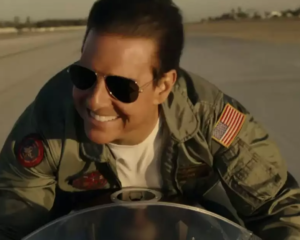 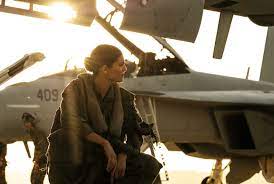 There’s a chance here we might care about these characters and get invested in their having to learn how to strike a hard target and dogfight in just a few weeks, but we never do.

Then you’ve got the romantic subplot with Connolly, which is a non-starter — she has no chemistry with Cruise, who’s never had much chemistry with his female leads even when he was married to them.

Finally, there’s that whole unnamed “rogue state” thing, which feels like a miserable cop-out to avoid pointing the finger at the North Koreans or Russians and offensive for that very reason. You wanna make a movie fetishizing the military but take away the face of the enemy? Ugh.

I was ready to write this late-coming sequel off as a mediocre, star-driven vanity project. Then Top Gun: Maverick takes to the air, and my jaw dropped.

The second act training in the desert looks incredible — jets climb and dive at head-spinning speed — with the added verisimilitude of knowing Cruise’s actually flying in some of his scenes. 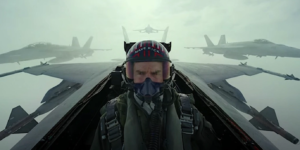 All that goes into overdrive in the final act with simply the best cinematography of its kind, outdoing the original Top Gun. This is what we came for, and it’s amazing.

Scenes here weirdly reminded me of the way they shot Clint Eastwood’s espionage/jet movie Firefox, which predates the original Top Gun, but with much more actual flying and fewer models and miniatures.

At no time is the audience ever confused about what’s happening — it’s all remarkably well-choreographed and edited and delivers both the thrills and eventual, reasonably earned sentimentality. 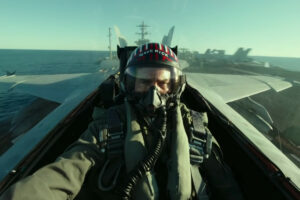 So, while Top Gun: Maverick is not an especially good movie — it barely gives itself a reason to exist — I wouldn’t deny the wildly exciting moments in the sky carry the day.