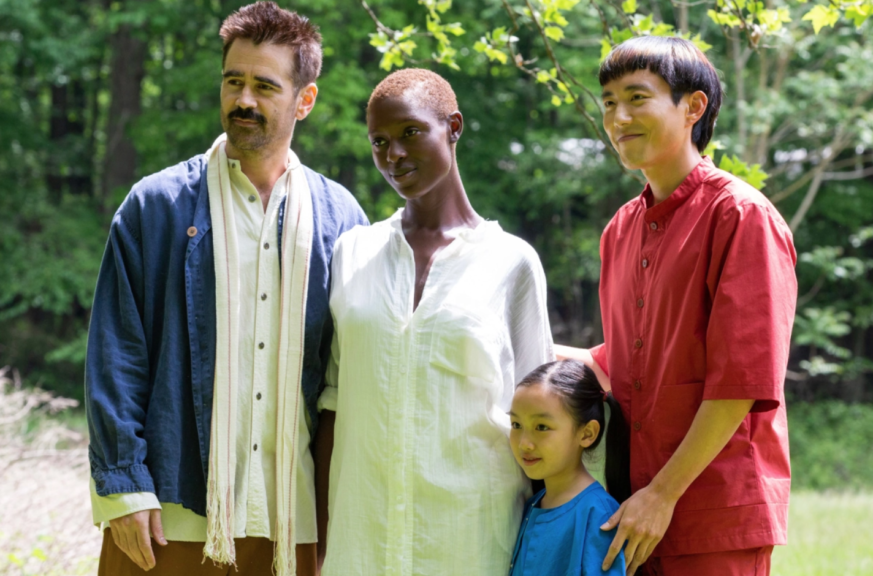 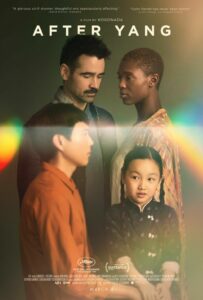 When I first saw Columbus, the first feature film by documentarian and video-maker Kogonada, I was a bit nonplussed. I admired the formality of his filmmaking, the framing and deliberate lack of camera movement — I think it moves twice in the whole movie. He seemed more interested in framing his characters in front of the architecture of Columbus, Indiana, than telling a dramatic story.

It left me feeling a little alienated from the film. But then a strange thing happened. 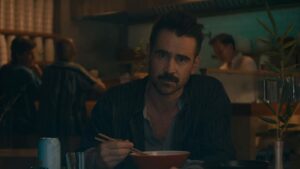 In the days following, I found myself thinking about both the imagery and the narrative, the restlessness of its two leads who, for vastly different reasons, find themselves stuck in this place. I began to connect the static of the cinematography with the static in the character’s journeys.

The next time I watched it I had a very different impression. I wasn’t feeling at arms length from its storytelling at all. I was entirely engaged.

It’s rare I have such different experiences of a film between its first and second viewing. 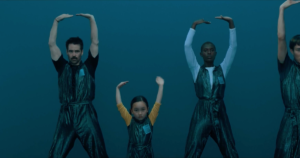 Set in some future time, it’s about a family — adults Jake (Colin Farrell), Kyra (Jodie Turner-Smith), and eight-year-old daughter Mika (Malea Emma Tjandrawidjaja) — whose human-like Artificial Intelligence, Yang (Justin H Min), suddenly malfunctions. Yang appears Asian, and was chosen to be a “big brother” to adopted Mika to help connect her to her Chinese heritage. We also get the sense maybe the parents are disconnected from their kid and have been offloading a lot of their parental duties to this robotic babysitter. 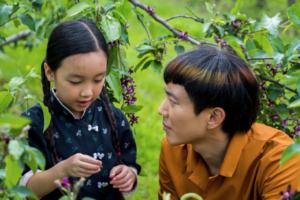 It starts almost comically with a dance number that can’t help but evoke the unexpected disco moment in Ex Machina. But Mika is inconsolable without her companion so it falls to Jake to get him fixed.

No longer under warranty, Jake’s got to try and find someone who will be accountable for him, which Jake quickly finds isn’t likely. Like a 10-year-old MacBook Pro, Yang’s an antique.

This portion of the picture feels almost like an episode of Black Mirror, a dark satire of a family member who’s also a consumer product. 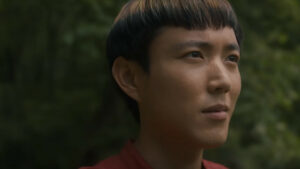 The story quickly evolves when Jake accesses Yang’s memories. It almost tips into thriller territory with the suggestion Yang is a sophisticated surveillance device collecting data about the family.

Furthermore, we swiftly discover Yang, sometimes referred to as a “technosapien”, was purchased “refurbished,” had a whole other life in advance of his time with these folks, including a mysterious connection with a clone who works as a barista, Ada (Haley Lu Richardson). 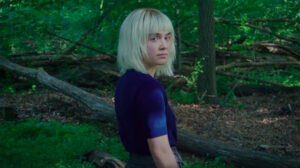 What After Yang is doing is walking the line between a Philip K Dick-sian parable of what it means to be human — a classic tale of modern science fiction — and an exploration of grief, the sad, too-late recognition that living things around you can have full, complex lives and thoughts, even if you thought they were just an appliance, an accessory to your own narrative. While it touches on ideas around the danger of a surveillance state, it’s also quick to discard them as the film steps away from any thriller genre trappings.

This material is right in my sweet spot of interests: an avant garde filmmaker pursues thoughtful sci-fi concept with an emotional core while playing in overlapping genre pools. 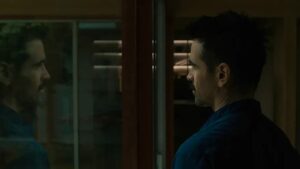 But, like the first time I saw Columbus, I felt at a distance from what the film is supposed to make me feel. It’s lovely to look at, not without humour, with plenty of ideas to mine the required emotions, but I I had questions. 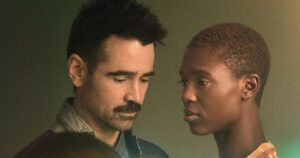 We get to see samples of Yang’s memories — but did he himself have access to those memories? He never gets a chance to explain for himself whether these memories were clear in his mind, or subliminal. I think it’s an important distinction. Beyond that, I’m not sure the film really succeeds in delivering any kind of emotional wallop. Its tonal colours are too cool for its own good. 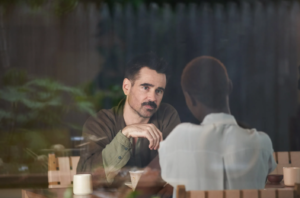 I say this all with the acknowledged Columbus caveat. In the days to come I might feel differently, or perhaps when I see the film a second time.