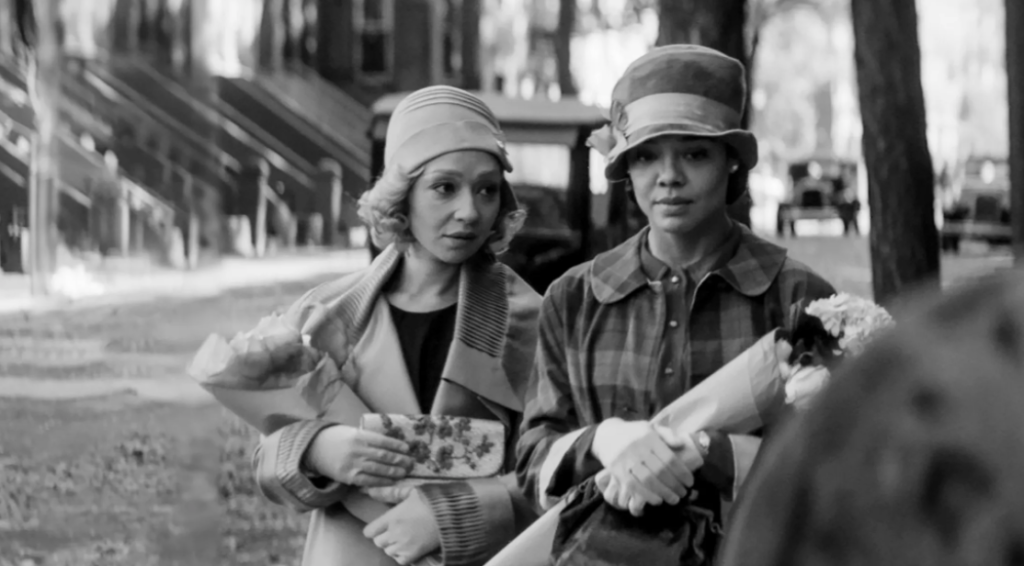 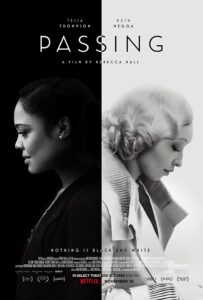 The first feature by actor-turned director Rebecca Hall reportedly speaks to something in Hall’s own experience, a family member who had hidden their ethnicity. The passing in this case is the story of a Black woman passing as white in 1920s New York, and how her decision to do so affects the life of a childhood friend.

We slowly fade from white into Irene’s world, and in the conclusion, back out of it. She’s living comfortably in Harlem. Her husband, Brian, is a doctor and they have two sons in grade school. 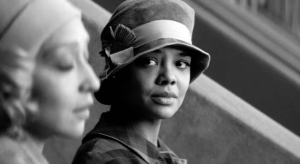 While on a shopping trip downtown she runs into an old friend, Clare, whose white husband, John, doesn’t know Clare’s African-American background. To make matters worse, he’s deeply and openly racist. Clare misses the community she grew up in and arranges to spend more time in Harlem. Despite Irene’s concerns, Clare inveigles herself into Irene’s life, charming her way into her social circles including with a prominent white author she knows, Hugh.

Not all is well in Irene’s life. Brian is clear-eyed about the challenges of being a POC in America, and wants to take the family away. Irene feels connected to her community and wants to protect her sons from life’s harshness. As Clare makes her presence felt, Irene feels more isolated from everyone around her. 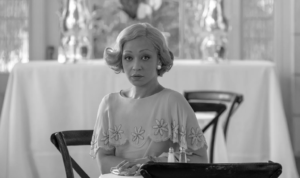 The key relationship here is between Irene and Clare. As Irene, Tessa Thompson has the toughest role. Without a lot of dialogue she has to communicate her growing discomfort — a fraught interior life — with the threat Clare presents, and in doing that Thompson is magnificent. As Clare, Ruth Negga has the flashier part, but I hope it’s Thompson who’s recognized come awards time. She brings an energy to Irene that we haven’t seen from her before.

André Holland as Brian bridles under Irene’s efforts at outward perfection, and manages to be both sympathetic and relatable in the wake of his wife’s growing anxiety, while Bill Camp as Hugh and Alexander Skarsgaard as John both deliver in smaller parts. 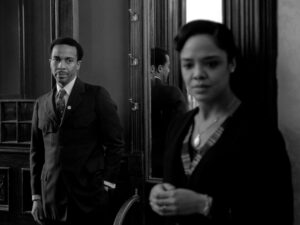 The questions the film raises aren’t as simple as just the compromises relating to one light-skinned Black woman’s decision to live a certain life while another took a different path — it’s about class and the opportunities now available to them both. As the two women circle each other, they each seem to want something the other has, even as they can’t admit it, and it’s clear these choices that may not be possible for Irene’s darker-skinned housekeeper, Zu (Ashley Ware Jenkins). 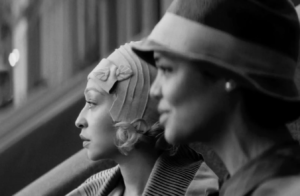 Irene and Brian’s sprawling Harlem brownstone is beautifully shot, and their neighbour’s noodling with a trumpet and piano (music by Devonté Hynes) provide a gorgeous diegetic/non-diegetic soundtrack. This while Hall and DP Eduard Grau frame the film in 4:3, go in for a lot of close-ups and compose each shot to maximize the hazy, soft black and white, accenting the effect of dappled natural and artificial light. It’s never less than gorgeous.

How the deeply considered visual style comments on the subject, or allows it to flourish, I’ll need to consider for awhile longer than my self-imposed deadline for this review allows. In some moments I felt the visuals were a bit too self-conscious, a distraction from the narrative, and others where they seemed a perfect compliment. 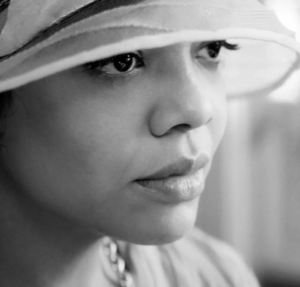 What’s not in doubt is the sophistication and focus of Hall’s effort,  impressive especially given she’s white telling a story about race in America, and the skill and accomplishment of her cast. I’ll be thinking about this one for a long while.