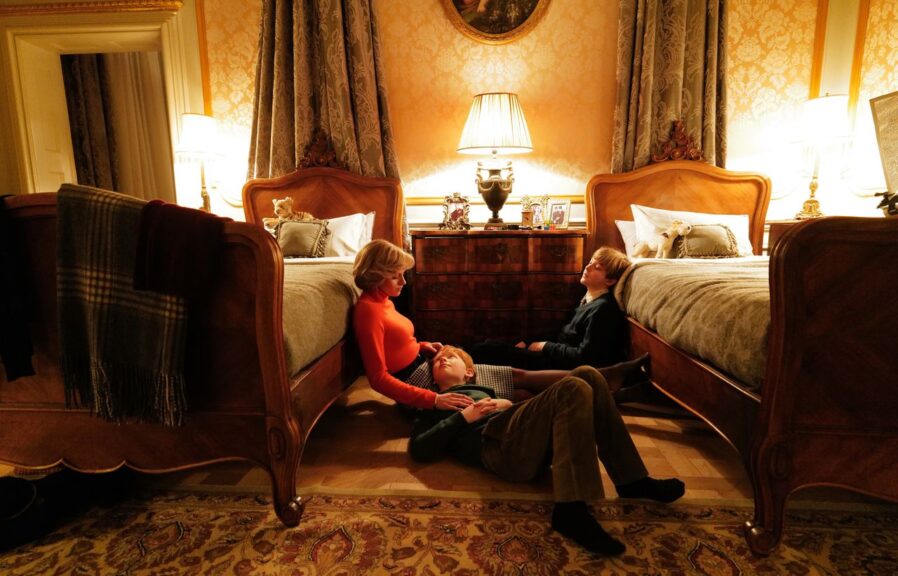 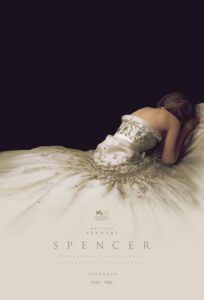 Larraín is the Chilean auteur with a gift for compelling biographies of charismatic figures — Jackie and Neruda being two — as well as the kind of versatility to make movies like last year’s electrifying Ema. Here he teams up with the prolific British writer-director Knight, who’s best work has been about desperate urbanites in Dirty Pretty Things, Eastern Promises, and Locke, though will also veer off into dicier material like Serenity and Locked Down.

Together they explore what they call “a fable from a true tragedy,” about Diana, Princess of Wales, going through a very rough patch — three days over Christmas, 1991, at Sandringham House, one of the many residences of the British royal family. Her marriage and mental health both in tatters, the film is about the misery of the gilded cage — an individual isolated, without power, but who everyone wants to look at.

It’s rooted in a performance we’ve never seen Kristen Stewart give before. The illusion of Diana is remarkable — within a few minutes of the film’s start I forgot who the actor was beneath the make-up. 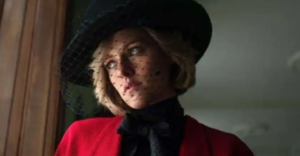 Larraín also recognizes Stewart does much of her work through her eyes, and has DP Claire Mathon fix the camera on them throughout. It’s a mannered, precise performance. She’s absorbed the traits of the late princess we all think we knew so well, but this isn’t impersonation or caricature, it’s something else. The accent, the gestures, the embodiment — this is next level. 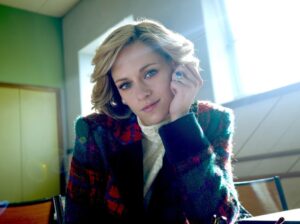 She needs to be good as she’s in every scene. The film features the Windsors, but barely as characters — more as costumed stiffs, mannequins Diana must navigate around or avoid. Charles (Jack Farthing) and Diana have a total of two conversations in the film, and one is more him giving her a slice of unwelcome and insensitive advice.

This is really a portrait of a woman alone. Her time with her sons her only joy, but it’s time constantly interrupted by the ritual and traditions around the holidays, her duty to be on time, to wear the right frock, and to look good in front of the cameras at the Christmas morning church visit. 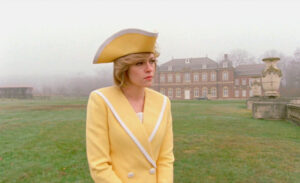 She’s not been kept in a tower all year like Eleanor of Aquitaine in The Lion In Winter, another film about a miserable Christmas for the royals, but neither can she go to war against her husband. Instead she’s trapped by the Royals’ rules, by her bulimia, and her grief over her husband’s infidelity.

Her point of contact with the Windsors is Major Alistar Gregory (Timothy Spall, lean and hawklike), who’s not unkind but is insistent she do as she’s told. More on her side is her dresser, Maggie (Sally Hawkins), but she can be sent away without warning. We also spend a little time with the Sandringham chef (Sean Harris), who just wants her to eat. 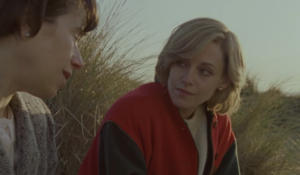 While the performances, the craft, and the direction are superb, Knight’s script wanders into the obvious from time to time. It’s in the heavy-handed pheasant metaphor and in Diana’s exchanges with the ghost of Anne Boleyn (Amy Manson).

Some of this has to be chalked up to the ubiquity of the subject matter — the recent season of The Crown ends right where this film starts. The fascination with Diana has never really gone away if the many documentaries on her and the royal family available on streaming services are anything to go by. Though Spencer is a handsome and even moving film, it doesn’t tell us much about the People’s Princess we didn’t already know. 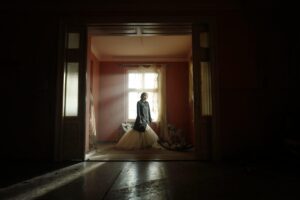 Despite this it’s entirely engaging, especially in its central performance. And it’s all wrapped in another terrific and unnerving score from Radiohead’s Jonny Greenwood, a combination of classical piano and a repeated atonal refrains. The film features ghosts and apparitions, but it’s the score that’s the most haunting thing in it.