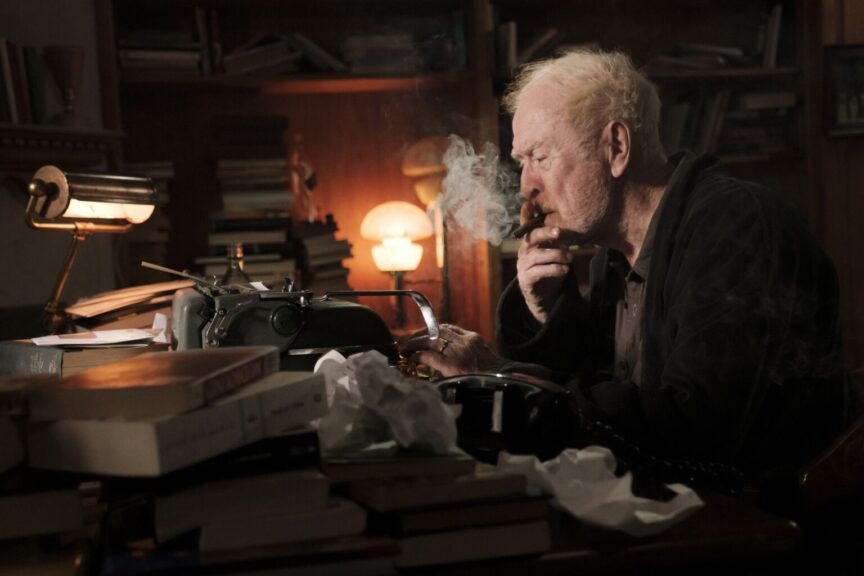 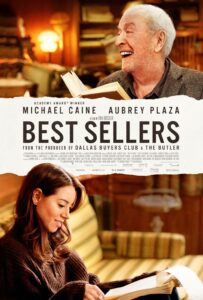 Here’s how the IMDB describes this film: “A cranky, retired author reluctantly embarks on a final book tour to help out a young publisher.” This isn’t entirely accurate.

First off, the author isn’t retired, he’s Harris Shaw (Michael Caine), an alcoholic misanthrope recluse who continues to write while he hates people. Secondly, he’s not going on tour to help out the young publisher, Lucy Stanbridge (Aubrey Plaza), he’s doing it because it’s in the contract her father signed with Shaw when he discovered Shaw as a young writer decades before. He’s way too pissed off to do it otherwise. 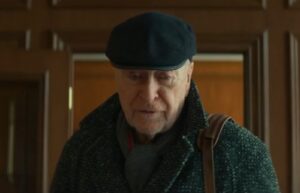 This is a first feature by its Canadian director and writer, and while the material is strong enough to attract a solid cast, the execution isn’t nearly as sharp. It’s not hard to see the effort toward a heartwarming cross-generational tale, but this is also a deeply and painfully predictable affair. If you can’t envision the third act splayed out from the opening few minutes you just aren’t paying attention. We’ve all heard of Chekov’s Gun. Listen for Chekov’s Cough. 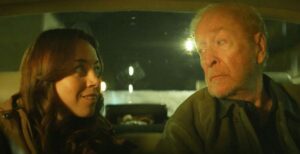 It’s great seeing wily veteran Caine, now in his late 80s, having a good time, but his curmudgeonly Harris is neither as charming nor dangerously obnoxious as he’s intended to be — especially when his book tour antics, including actually pissing on his tome, make him an unlikely social media sensation. This while the picture strands the always watchable Plaza with unfunny material, smothering her delightful, patented weirdness for something a lot more conventional. 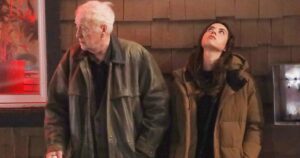 The most promising chemistry in Best Sellers is between Plaza and Ellen Wong, who plays Rachel, Lucy’s assistant. The film works well early on when these two are flitting through New York apartment-porn interiors trying to save Lucy’s publishing house, but the script keeps them apart too long.

How much fun would it have been if the picture had stayed in New York rather than spending so much time in anonymous, wintry, and obviously Canadian landscapes? It could’ve easily reduced Caine’s role to flashier support, which might’ve really helped the film, and instead been more about Lucy trying to hold onto her job — more in the workplace dramedy vein of The Devil Wears Prada or maybe My Salinger Year — with Rachel at her side. It could’ve maybe given quality supporting performers Scott Speedman and Cary Elwes a lot more to do, too. 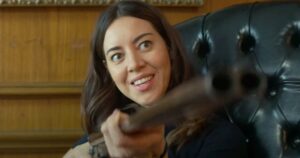 I know it’s a mistake to review the movie you wish it was rather than the movie it is, but given the talent arrayed it’s hard to not be disappointed at what ends up a pleasant enough but formulaic movie.