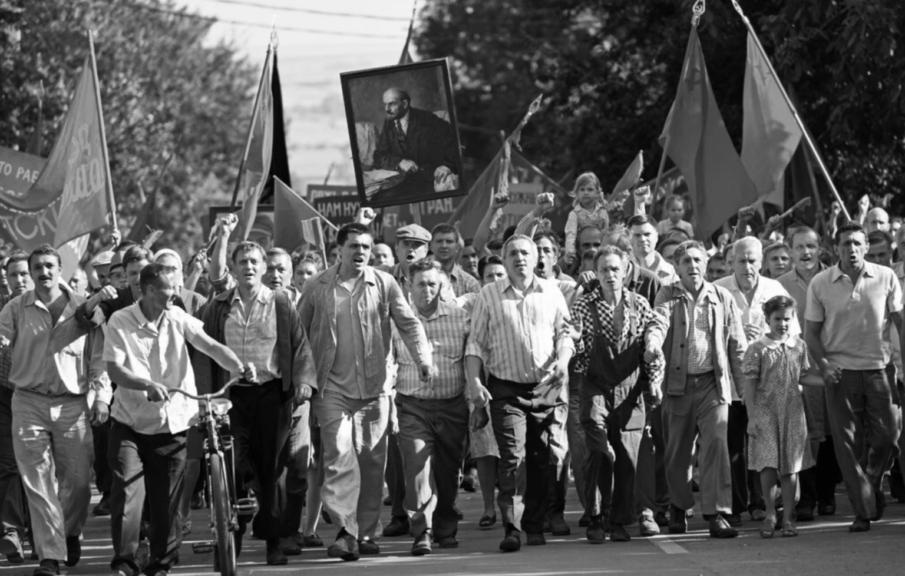 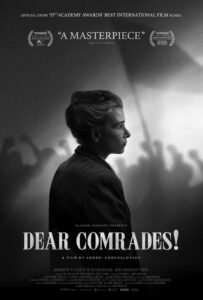 The Russian submission for the Best International Film at this year’s Academy Awards is a black-and-white historical docudrama set in 1962 in Novocherkassk, a factory town in the Soviet Union. It tells the story of a workers strike that was put down, violently, by order of the government, and then erased from the history books. 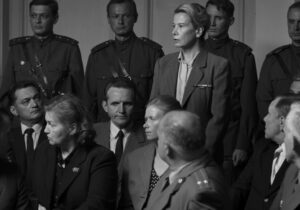 Lyuda Syomina (Julia Vysotskaya) is on the city council, and wants to help her community, but will brook no questioning of the state, not from her friends, her elderly, disillusioned father (Sergei Erlish), or her rebellious daughter, Svetka (Yuliya Burova), who chastises her for conducting an affair with one of her colleagues (Vladislav Komarov). Lyuda’s world starts to collapse as the authorities try to cover up the violence and she loses track of Svetka in the chaos. 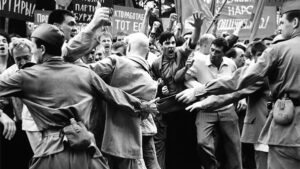 The first impression is of how impotent these community politicos are in the face of both the workers’ anger and their bosses intentions. The workers are striking because they’re starving — the price of food goes up while their wages are cut. When the violence comes it feels arbitrary and vicious — the monochromatic cinematography may diminish some of the bloodiness of the confrontation, but wily veteran Konchalovskiy does well to deliver the crowd’s fear and the grim reality of the clean-up, the effort that goes in to hide the event from the world, to the point of paving over the blood-soaked ground in the town square. 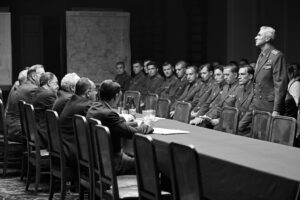 One of the more interesting characters is Victor (Andrey Gusev), the KGB officer whose job it is to get anyone and everyone involved to sign nondisclosure agreements, ensuring they never talk about what they might’ve seen. You get the sense he’s not an evil person, he’s just got a job to do and believes there’s no point in resisting the state. It’s kind of amazing someone like him could be at all sympathetic, and it’s credit to Gusev he even gets close. 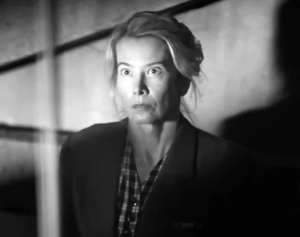 The film is gorgeous to look at and does a great job bringing to light a dark fragment of Russian history. Austere to almost a fault, it offers a coldly unsentimental take, but it’s humanized by Vysotskaya’s complex performance. Her Lyuda is a character who desperately needs something to believe in — whether it’s the current authority or the previous, Stalinist culture. Through her eyes we see the long road of betrayal and disappointment.