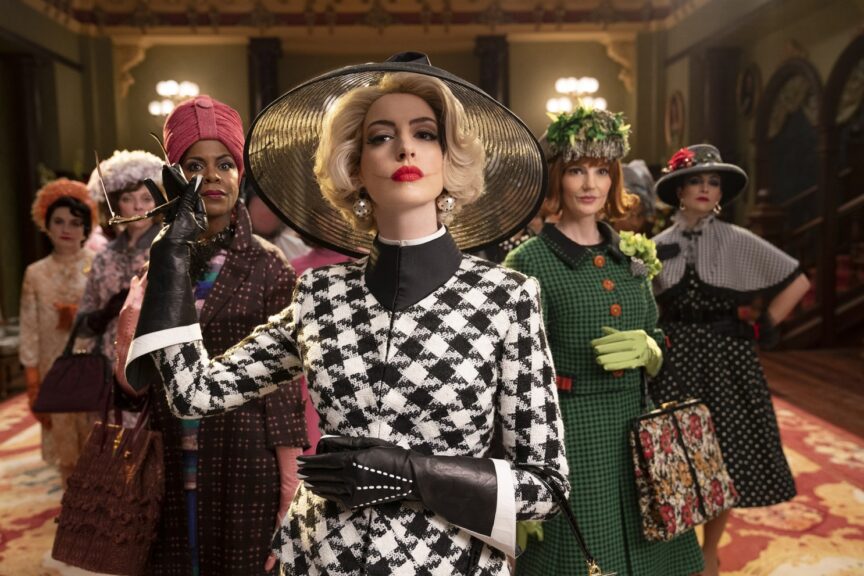 Directed by Robert Zemeckis | Written by Zemeckis, Kenya Barris, and Guillermo del Toro, based on the book by Roald Dahl | 106 min | Crave Plus 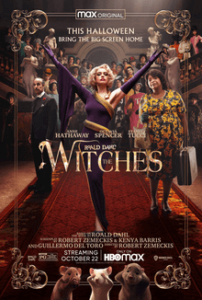 Back in 1990 an adaptation of this Dahl book was made by the legendary Nicolas Roeg, starring Anjelica Huston. I haven’t seen it, but I did check out some clips online. Having seen the new version, I can see the similarity, with the big difference being a more inclusive vibe — key characters are black and American — and that the 31-year-old film looks a lot more charming with its use of real mice and animatics as opposed to the new CGI-heavy version. Anne Hathaway as the Grand High Witch makes a meal of her role, but otherwise this new picture  is a disappointingly blah time at the movies. 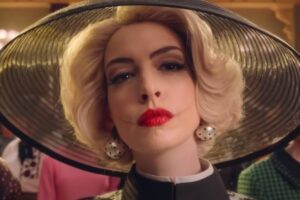 It starts promisingly: The undeniable voice of Chris Rock introduces the story, telling it in flashback to the late 1960s. As a boy (Jahzir Bruno) his parents are killed in a car crash, leaving him in the care of his grandmother (Octavia Spencer). And then… not much happens. He’s sad. She plays “I’ll Be There” by the Jackson 5 and sings along. For a second I hoped it would turn into a musical, because there’s a lot of music crammed into those early scenes. No such luck. 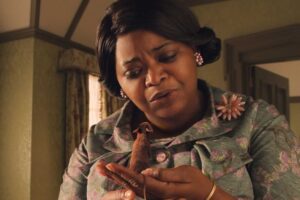 When the kid has a close call in a grocery store with a witch and her serpent, Grandma spirits them both away to some hotel in the American south. By now he’s heard the story of the pervasiveness of witch culture. They’re everywhere and they hate kids more than anything — they love to turn them into chickens or mice.

I know Dahl wrote some beloved material, but he was also a noted anti-Semite, whose work has been criticized for its racist and misogynist subtexts. Why is anyone still adapting his stories?

Anyway, the hotel is luxurious — while it never actually convinces as anything but a set — and apparently it’s a big deal that Grandma and her grandson are staying there based on the reaction of a bellboy when she pulls up. The always welcome Stanley Tucci plays Mr Stringer, the hotel manager, but he’s wasted in a barely-there role. 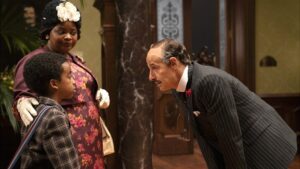 Things definitely improve with the arrival of Hathaway and her coven, assembled for a convention at the hotel. The make-up and effects do a good job making her scary, and with her cod Scandinavian accent she goes way OTT, which makes her every scene a good time. But her arrival also prompts a lot of computer generated effects — she turns two kids into mice, to join a third — much of which is substandard.

The problem here is that you never really care for anyone. The characters are thin, and no one has much of an arc. Spencer is always likeable, but the kids never entirely manifest, either as people or rodents. And, without giving away the ending, the maintenance of a certain status quo feels grim and unsatisfying. 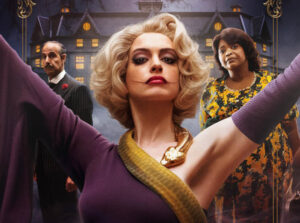 So, that leaves us with Hathaway doing her best Cruella De Ville. That’s fun, but I’m not sure it’s enough to make these Witches worth seeing.