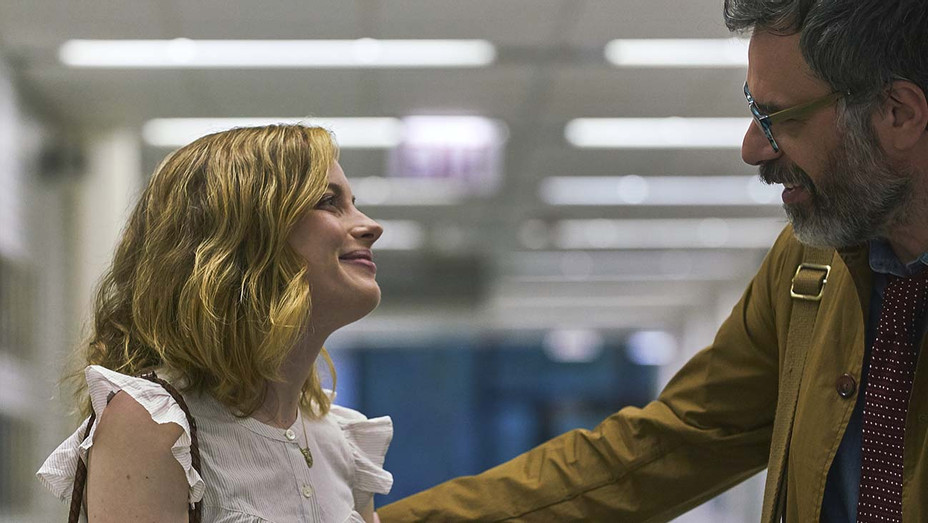 Written and Directed by Kris Rey | 80 min | On Demand 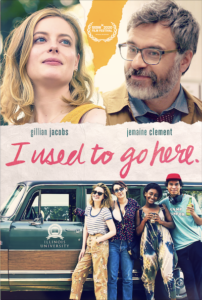 Is 35 years old too young for a midlife crisis? To be fair, maybe what Kate Conklin (Gillian Jacobs) is going through is a different kind of crisis.

The Chicago native just had her first novel published, called Seasons Passed, but it’s not selling. The book tour has been cancelled. She and her fiancé broke up. But, her favourite prof back at university, David Kirkpatrick (Jemaine Clement), invites her to give a reading at her alma mater in college-town America. 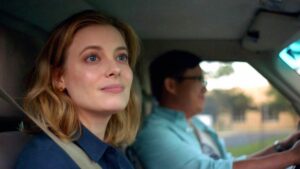 This leads Kate to a deep dive into student culture at her old school — getting to know a group of young writers who live in the house she and her friends used to live in, and spending time with her prof — with whom she still has unresolved and awkward chemistry. All of which is well-observed and pleasant, if resolutely light.

The film does deliver the spice of autobiography — it makes me wonder if writer-director Rey has been through something like this. I’m reminded by a few of the novelists I know, their ambition is to get through a professional life without humiliation.  Kate is unlikely to be so lucky. 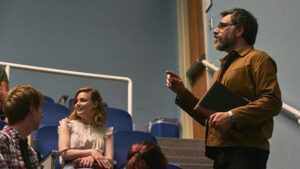 She makes a lot of phone calls — a lot more than I think the average 35-year-old would make in this day and age. Don’t most people just use their phones to text? It seems weird. And, later on, the students, with Kate amongst them, go on a mission that really pushes the degrees of plausibility that have been so far established. The movie eases in a couple scenes toward Animal House territory, the offensive granddaddy of college hijinks movies, if it doesn’t quite get there.

But, maybe that’s not a bad thing, that it makes the effort or that it misses a mark or two. One of the ways I Used To Go Here distinguishes itself are the unexpected and honest admissions characters share in those later scenes. Taken as a whole, it’s a pleasantly goofy trip, with winning turns from Jacobs, Clements, and the younger cast.