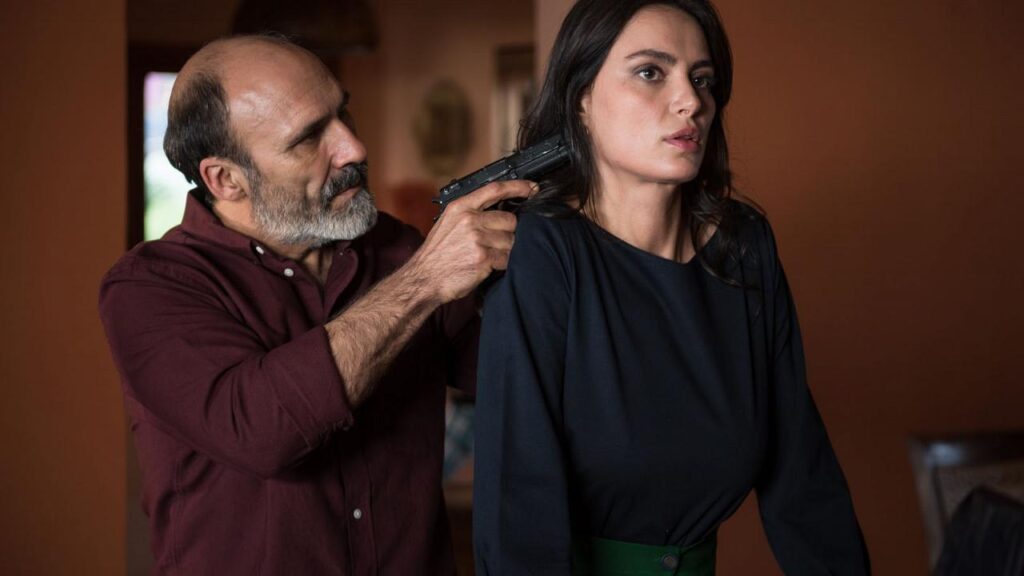 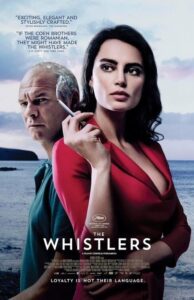 There’s a rich tradition of European filmmakers taking on Hollywood genre styles while adding a little spice to the recipe. Porumboiu, previously known for films that cleave to a certain bleak Romanian realism has tossed that. Here he delivers a dense and dryly humourous noir crime thriller. As a genre exercise it’s largely satisfying while self-consciously nodding to its forbearers. Accordingly, it might appeal more to cineastes than your average thrill seeker. 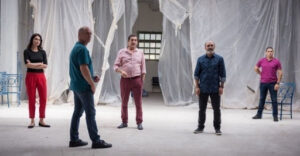 Cristi (Vlad Ivanov, an actor with a single expression but somehow still magnetic) is a cop in Bucharest who’s been sent by gangsters to the Canary Islands to learn a whistling language. The plan is it will help him aid the gangsters to break out one of their own from a Romanian prison. Through flashback segments we learn Cristi has a complicated history in deceit, though the film gives you the impression nobody in the local law enforcement is entirely clean. He’s also got a mother (Julieta Szönyi) who generates a little comic relief while getting him into trouble donating a stash of his ill-gotten cash to the local church.

There’s a lot of love here for the Coen Brothers and Steven Soderbergh, aping their more modern noir leanings, ironic chuckles, and pointedly non-linear storytelling structure, and Porumboiu has some fun with the cinematic gaze — lots of references to performing for those who surveil, scenes that take place in cinemas, and watching screens — John Ford’s The Searchers and 1970s Romanian drama A Police Superintendent Accuses both feature — and an American filmmaker shows up at an awkward moment scouting for locations. In case you weren’t sure Catrinel Marlon is the femme fatale she wears fire-engine red dresses and her character’s name is Gilda. 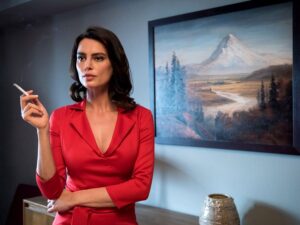 If you, like me, consider the case for a cop travelling across Europe to learn this whistling language low in practicality or plausibility, it makes a certain sense in a film from a nation that was once behind the Iron Curtain. The Whistlers is steeped in the fear of surveillance and heavy with the exclusive providences of closed cultures, like thieves and lawyers.