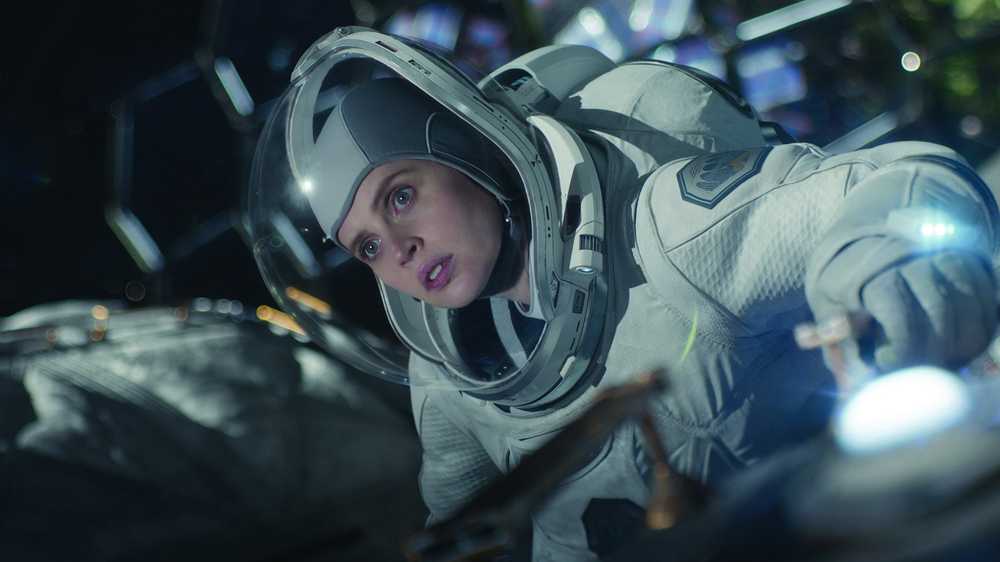 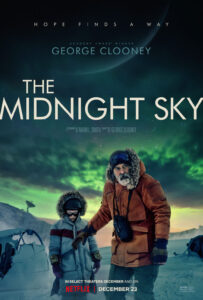 This is the on-screen text that follows astronomer Augustine (Clooney), whiskered, ailing, and distraught, to an empty cafeteria in the opening shots of George Clooney’s sad and slightly inert science fiction/disaster movie. It isn’t a picture that wants to parcel out information in a hurry.

With a cast this strong — Clooney is joined by Tiffany Boone, Kyle Chandler, Demián Bichir, David Oyelowo, and Felicity Jones, amongst other likeable actors — there’s an appealing warmth, but it’s pretty slack for a drama where the stakes are this high. 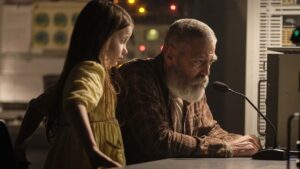 We take a lot on faith. The “event” that seems to have ended most life on earth, it’s not explained — but the suggestion of radiation is strong, so it’s likely nuclear. The crew of this remote north-of-Greenland ice station departs early on, leaving Augustine — who is managing a terminal illness — alone. Then he discovers a 10-ish-year-old, Iris (Caoilinn Springall) who’s been left behind. She doesn’t speak. In the flashbacks to young Augustine (Ethan Peck, who doesn’t much look like Clooney, but he sounds like him), he has a romance with a woman that sours — it’s suggested because Augustine is too dedicated to his work to allow anything else into his life, but this is pretty thin gravy, storytelling-wise. 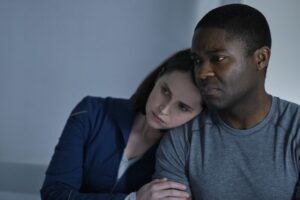 All this and I haven’t even mentioned the interplanetary research vessel returning to earth from a possible new home for humanity on a moon of Jupiter and crewed by astronauts played by the actors mentioned above. 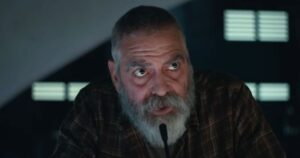 Threads of tension come from whether the crew of the spacecraft will discover what’s happened to the earth before arrival, or whether Augustine and Iris will make it across the ice from their one far-north communication station to another, even further north. Along the way there are other bumps for both parallel narratives, but suspense is never sustained. 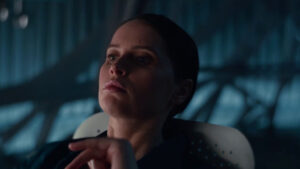 Beyond that, we get a few weird tonal shifts, like a group of astronauts singing “Sweet Caroline” while doing extravehicular repairs on the spaceship before a tragedy that should be a lot more shocking than it is. I’m reminded Clooney was in Steven Soderbergh’s superb remake of Solaris, and it could be he’s going for that kind of energy here. That’s not what’s happening. Part of the issue might be casting. His astronaut actors are all inward-looking. The emotion barely breaks the surface,

In the end, we get a couple of touching revelations that inform some of what we’ve seen. There’s almost a Lost In Space quality to the picture — suffused with an odd, melancholy sweetness. How does the Dylan Thomas poem go — the one that advises we don’t go gentle into that good night? This one does.