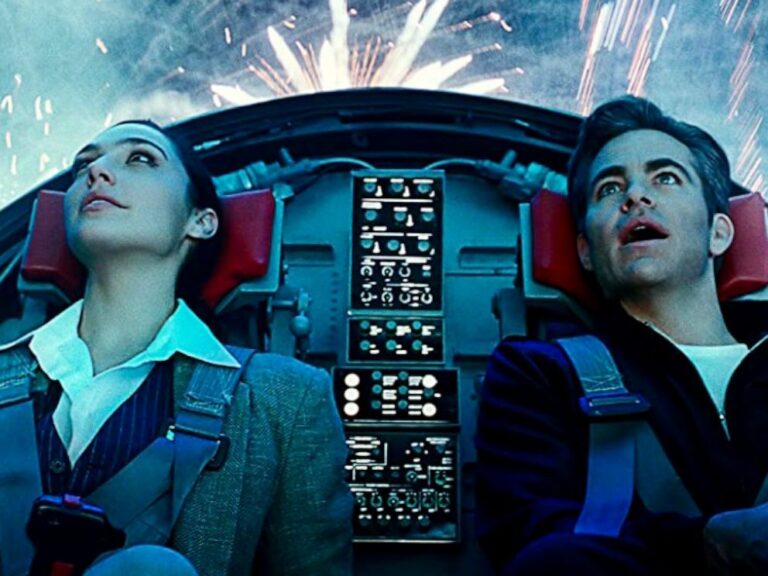 Directed by Patty Jenkins | Written by Jenkins, Geoff Johns, and Dave Callaham | 153 min | Crave Plus and On Demand 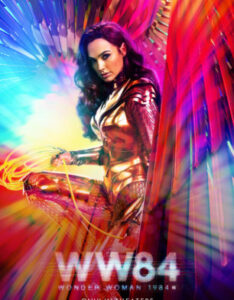 The long delayed superhero sequel finally arrives with a jolt of frisson. It’s been so long since we’ve seen a full-on blockbuster of this sort, even if most of us — in Halifax anyway — won’t be catching it on the big screen. The follow-up to the first superhero feature in more than a decade with a female lead, which was mostly a good time, would generate a healthy amount of excitement even if it wasn’t 2020.

The first question I had was: “Is this somehow inspired by George Orwell?” Not at all, it turns out. 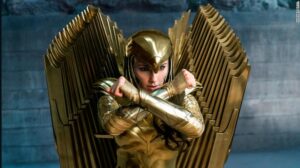 We pick up with Diana, Amazon Princess (Gal Gadot), 60+ years after the First World War-setting of her first picture and she hasn’t aged a day. This is definitely the mid-’80s — the production design has a blast with pastels and sports jackets with the sleeves rolled up, and a little Frankie Goes To Hollywood on the soundtrack for good measure. Diana Prince now works at the Smithsonian in Washington DC. For decades she’s been pining over her first love, Steve Trevor (Chris Pine), who died in the last movie.

Right away that seems a little ridiculous, but I suppose there’s got to be unexpected drawbacks to immortality. Maybe one of them is never getting over heartbreak. 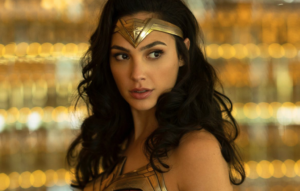 One of Diana’s colleagues is Barbara Minerva (Kristen Wiig, having fun). She’s brilliant but self-conscious, and yearns for Diana’s charisma and attention-grabbing power. Also on the scene is Maxwell Lord (Pedro Pascal, ditto), a fast-talking television personality looking to talk his way into big business and make his son (Lucian Perez) proud.

All their lives change with the discovery of a magic trinket that grants wishes. For Diana, it brings Steve back into her life. 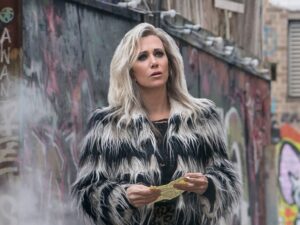 If this all sounds like a light-hearted, romantic fable, you’re not far wrong. Beyond it actually being set in the 1980s, Jenkins and her collaborators have tried to replicate an Ambiln-esque family entertainment from  that era in its deliberate pacing, attention-demanding score — Hans Zimmer going full John Williams when he’s not aping Toto’s 1982 hit, “Rosanna” — and goofy, fragmented tone. 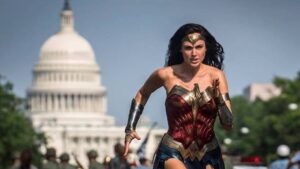 An early action sequence set in a mall owes all its mojo to a set-piece from Schwarzenegger’s Commando (1985) and a mid-movie truck chase to Raiders Of The Lost Ark and Indiana Jones and The Last Crusade, while outrageous continuity errors — watch for an early scene with Barbara’s bizarro briefcase — could be from any number of lower-budget adventures from the era.

More from the nit-pick file: How many record stores in 1984 would be called “Vinyl Records?” And how many giant screens would you find in London’s Piccadilly Circus in the ’80s?

OK, fine. It would probably serve me well to overlook those issues in a movie where the lead can turn a plane invisible with her thoughts. But, the shoddiness in the plotting is half adorable and half troubling. 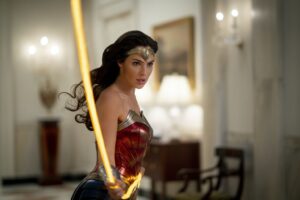 WW1984 adopts a hoary trope that ’80s movies feasted on, that the bespectacled nerd just needs a dash of movie magic and she becomes a sizzling hottie. Much worse, it indulges in ethnic stereotypes the likes of which really have no place in a 2020 Hollywood fantasy, and some particularly dodgy historical revisionism re the Middle East.

Finally, its two-and-a-half hour running time is a war crime. 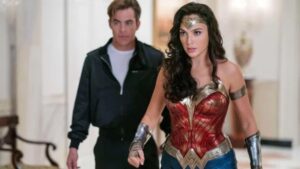 This is kind of a mess, but it’s not without heart. What I can get behind is the primary thematic lasso about the power of honesty and a proactive counter-argument to the Greed Is Good 1980s, while Gadot is as magnetic as always. But, it should be a lot smarter and less clunky than this to be worthy of the example set by the first movie, and the inevitable, anticlimactic CGI storm in the third act shouldn’t look like an outtake from Cats.