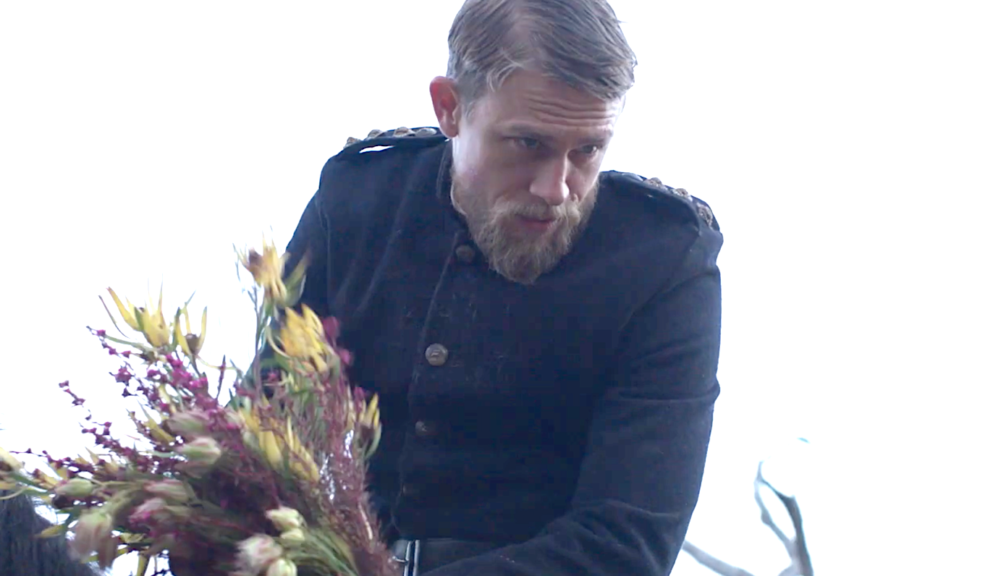 Directed by Justin Kurzel | Written by Shaun Grant, based on the book by Peter Carey | 124 min | Netflix 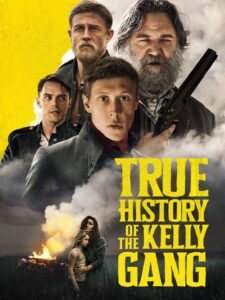 A visceral, anger- and spite-filled Australian western that plays fast and loose with the legend of the country’s famed outlaw, Ned Kelly. It’s upfront with its fictionalizing right up to the picture’s ironic title, but to what end? Its exploration of masculine tropes against the backdrop of 19th Century rural poverty, deprivation, and murder makes for intense viewing — though its conceptual conceit doesn’t make for much genuine emotion or sympathy for anyone onscreen. 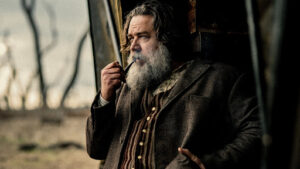 Only Ned himself emerges with any nuance. As a boy (Orlando Schwerdt) he’s shown the example of a lying, cheating father — who happens to enjoy wearing dresses — and an abusive mother (Essie Davis) who fills his head with pride of culture from their Irish roots. Add to this the presence of a snide, rule-breaking law enforcement officer (Charlie Hunnam) who pays his mother for sex, and a ferocious bandit and hermit (Russell Crowe) who teaches him the power of violence — all these influences lead him to a life of crime as a man (George MacKay), though struggling with the remnants of his compassionate nature. Well, for awhile, anyway. 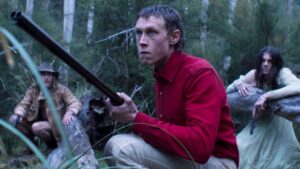 Justin Kurzel’s gothic tenor, DP Ari Wegner’s capturing of bleak, white-skied landscapes, and Jed Kurzel’s artful, horror-aping score all cast a spell. What compels especially is the regular and repeated examination of what it takes to be a man in this environment of chronic existential threat — but the script asks questions it rarely answers. There’s something interesting in the way Ned and his homoerotic cronies choose to wear dresses, though the film doesn’t offer much in the way of deeper insight. It too often sets up its ideas, then moves on to the next threatening exchange. 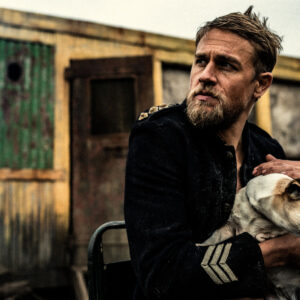 Nicholas Hoult appears as a well-off British constable who turns out to be yet another selfish, entitled prick in the film’s parade of them — offering Ned the hand of friendship to start, but betraying his word and threatening Ned, his family, and Ned’s new sweetheart, Mary (Thomasin McKenzie). He’s generating fewer laughs, but it’s not a far cry from Hoult’s Russian royalty, Peter, in the series, The Great. 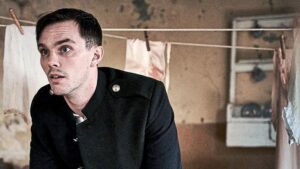 What the operatic and bloody tale doesn’t end up doing is offering anyone beyond Ned — though even his example is debatable — that even resembles a human being. They’re all rampaging ids, raw with suffering, desperation, and desire. It’s the kind of story where every male character shot from the waist up may be diddling himself beneath the frame because they can’t seem to help themselves.

The final result is a film that aspires to capture a record of human monstrosity evident in a picture like Nicolas Winding Refn’s Bronson. It doesn’t because Kurzel isn’t quite as perverse, single minded, or funny. So, while being remarkable for its style and ambition, his film ends up leaving you feeling a little hollow for having witnessed atrocities, but not having cared much for the perpetrators or the victims.