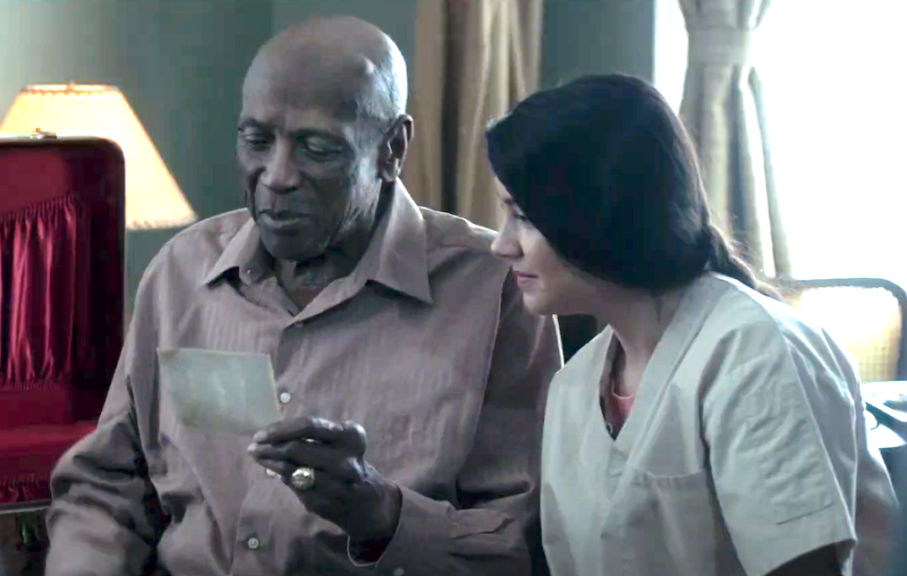 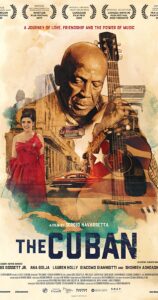 A modest, heartfelt drama about Mina (Ana Golja), a young pre-med student working at a longterm care facility, and one of the clients, musician Luis Garcia (Louis Gossett Jr), who’s living with vascular dementia and Alzheimer’s Disease. Her background is Afghan and his is Cuban, but together they connect through a shared interest in music and food — supplied by Mina against the facility’s rules and the Nurse Ratched-esque lady in charge (Lauren Holly).

Mina’s aunt, Bano (Shohreh Aghdashloo, also on board as a producer), is the administrator at the care home. Through her we get a sense of the cultural expectations on Mina’s shoulders. Mina also finds a boyfriend, Kris (Giacomo Gianniotti), who complicates things with her aunt. We also get a cameo from the always welcome Richard Chevolleau as Luis’ estranged son. 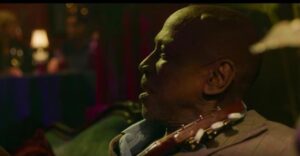 The music is marvellous, and helps make the connection between Mina and Luis feel sweet and authentic. I like how Navarretta delves into Luis’ memories, the contrast between the grey, lifeless care home and the colourful Havana surroundings of his youth — which were shot on location. Gossett Jr demands your attention every moment he’s on screen with a largely wordless performance and incredible, expressive hands, and Aghdashloo’s always watchable, which fans of The Expanse can attest. 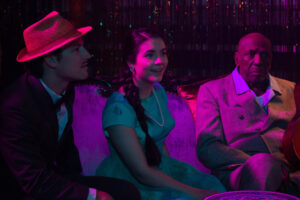 But, too much else going on here feels undercooked. Golja and Gianniotti don’t have a lot of chemistry, and the dialogue and direction of their scenes together do them no favours. The material has the potential to be genuinely moving, but something’s missing — neither the cultural complications with Mina’s family nor Luis’ struggle to hang onto his memories of a lost love end up registering as anything but academic. This should pack a lot more emotional wallop given the talent arrayed on camera.