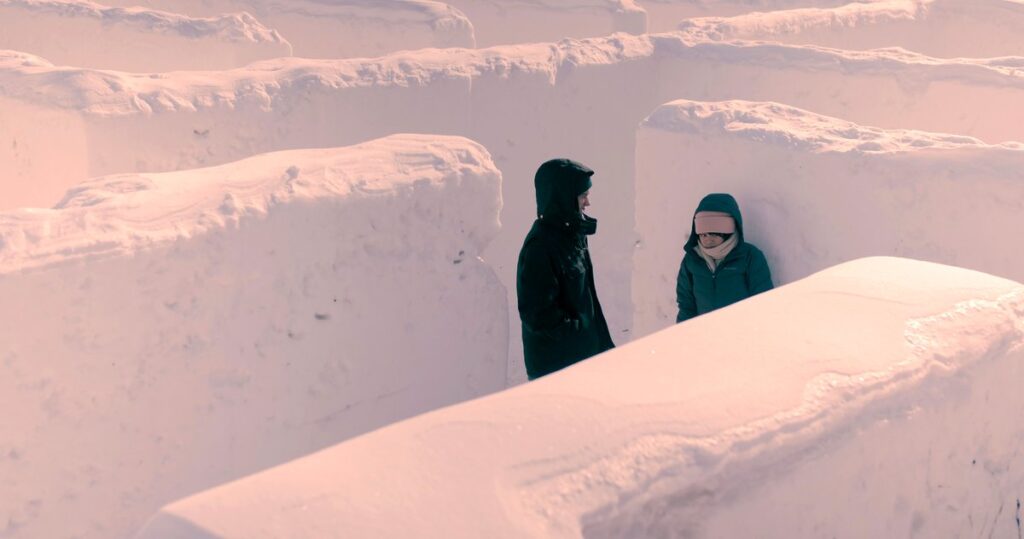 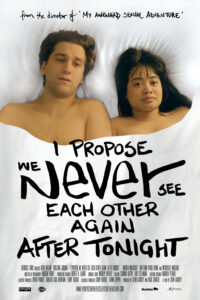 I knew I was down with this impressively long-titled film when the two leads challenge each other to a “House Of The Rising Sun”-off. The idea is to find the best cover of the traditional track, but not the Animals version — it’s verboten, naturally.

This is a new Canadian film which absolutely looks and sounds like a romantic comedy, has things in common with Andrea Dorfman’s Spinster — clever writing around fully fledged, recognizable characters — but it’s hiding a surprisingly dramatic heart that undercuts those genre wish-fulfillment tropes. It delivers something special in a package with a whole lot of visual affection for wintery Manitoba.

It’s a film that starts with a classic Canadian meet-cute — a group of people helping dislodge a car from a snowbank, and two of them start a conversation that gets remarkably frank remarkably quickly. Iris (Hera Nalam) and Simon (Kristian Jordan) repair to a bar with a romantic nighttime city view — very Out of Sight — and as they reveal the kinds of things you’d only say to a stranger you never expect to see again, they spark.

It turns out Iris comes from the Filipino community, Simon from Mennonites outside the city — but he won’t talk about his family, and has a tendency to run from emotional trouble. We spend a lot of time with Iris, her parents (Mithusela Mallari and Elmer Aquino) and her can-do-no-wrong sister, Agnes (Andrea Macasaet), who’s engaged to the creepy Justin (Aaron Pridham). Iris’ home life has been a challenge. She’s already been through a failed marriage, and the reasons for that complicate her relationships. The authentic, lived-in flavour of the community is rich with detail — and this while Simon confesses his affection for Iris with his buddy and coworker, Gord (Matthew Paris Irvine), with whom he also shares a chummy homoeroticism.

IPWNSEOAAT is genuine and unselfconscious, and a lot of credit has to go to the two leads, who both manage to be adorable and winning — we cheer for their success all along — while we watch them make a few classic 20-something mistakes. Their performances rooted in relatable emotion allow the filmmakers some leeway with tone, including sending Iris on a melancholy road trip into Simon’s past. 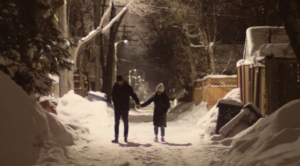 Beyond some fairly gorgeous cinematography in the snow and wide-open prairies, I also really enjoyed how Garrity and his DP Andrew Forbes have to get creative to frame the lead couple in the same shot — Nalam and Jordan have at least a foot between them in height.