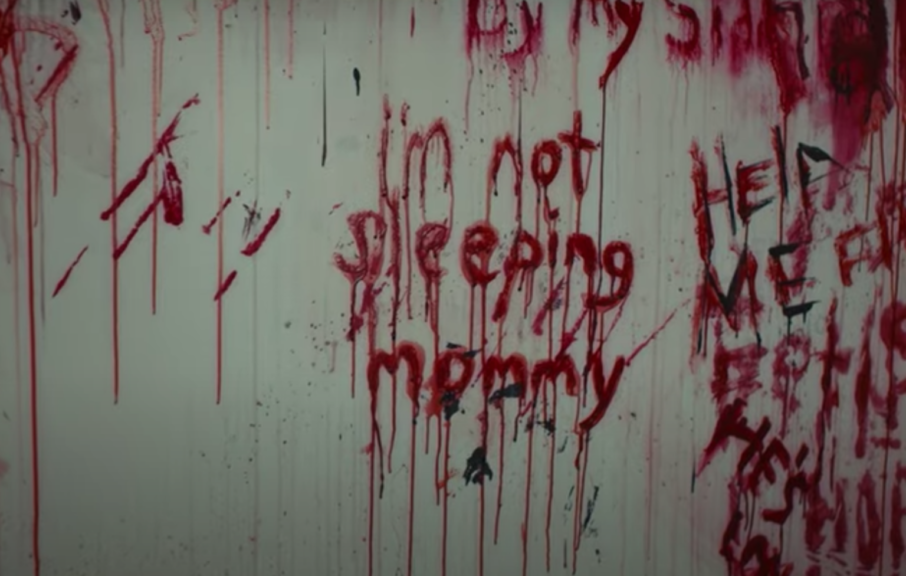 Directed by Brannon Braga | Written by Braga and Adam Simon, based on the books by Clive Barker | 108 min

This review was written during the 2020 FIN Atlantic Film Festival, but the folks at Hulu got in touch to suggest an embargo two days after the review was published in September. With the barn door knocking in the wind and the horse nowhere to be found, I agreed to pull it down until the film arrived on the streaming service. 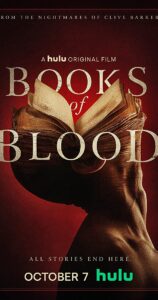 As a cinephile it’s hard for me to give a really bad review of a film — I can almost always find something I like in a movie. That passion has sustained me through more than 10 years of writing this blog, and it keeps me from getting blasé and inured to formula storytelling.

Even a film I don’t like at all, like the #FIN2020 Gala, Falling, I’m glad to have seen for the conversations that cropped up afterward around the intention of the filmmaker and the richness in the performances. And sometimes a movie can be so bad it comes around to a weird sort of entertainment value, it gets “so bad it’s good.”

It’s a very rare thing that I see a movie where it’s so boring, ridiculous, or pointless that I resent it having wasted my time altogether.

Which brings us to Books of Blood. 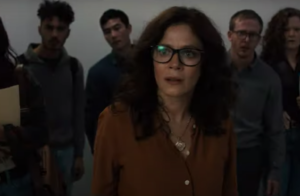 Clive Barker’s been a name in horror for more than 30 years, and this isn’t the first time stories from his three-volume Books of Blood anthology have been adapted — they include Rawhead Rex, Candyman, (a previous and a forthcoming film) and Midnight Meat Train. This one’s very loosely adapted telling three separate tales that coalesce — one of them inspired by the framing story in the first volume. Its debut at FIN is explained by it having been shot in Halifax, and I’m glad a local crew got some work. It has to be good for something.

Books of Blood stars Britt Robertson as Jenna, a young woman on the run. She was living with her mother and stepfather in a beautiful modernist house on a rocky cliff, but Mom had Jenna hopped up on goofballs to help her recover from a bad break-up (or maybe breakdown) in college. Jenna’s had enough of the meds, so she goes off them and gets onto the bus to Los Angeles — because everyone goes there, I guess.

She gets off the bus in a small town, staying at a B&B where she sees bugs crawling through the wallpaper. Is she hallucinating or do the kindly couple who run the place have something terrible in store for her? About a half hour in the plot is still waiting to kick in. This is a picture where the suspense is remarkable for being so entirely absent. 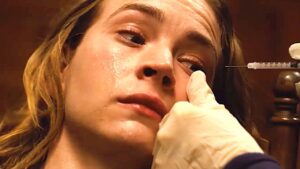 We get a creepy moment or two — unexplained fountains of CGI cockroaches erupting from Jenna’s mouth, for instance. But, then it’s glossed over. Was it a dream, a product of Jenna’s mental illness, or some supernatural nasty? Do we care?

Co-writer/director Braga is best known as a writer and producer of TV series like Star Trek: The Next Generation, of which I was a huge fan, but his years of working on network and syndicated television betrays him here. The glossy production values and lit-for-TV interiors don’t ignite any genuine scares. None of this feels terribly cinematic, more like the pilot for a weekly horror anthology aimed at an undiscerning audience.

It also dives head-first into frustratingly typical horror tropes, like the one where otherwise smart characters make a lot of bad decisions. That’s all about Jenna — Robertson plays her with genuine emotional intensity, but it’s not enough to get us on board when she keeps doing stupid things. Then, at a key moment, we jump into another narrative (the one from the book) where a researcher, Mary (Anna Friel), intends on revealing that a psychic, Simon (Rafi Gavron), is a fraud, but instead she buys in big time when he puts her in touch with the spirit of her dead child.

Except none of his ability to convince her of the paranormal connection with her kid is actually shown on-screen aside from one easily disproved theatrical demonstration. This isn’t the first example of clumsy storytelling going on with Books of Blood, but it doubles down on the confusion by going  back to Jenna’s story, linking it with another framing device, and eventually revealing Jenna’s secret guilt that never seemed an essential part of the character to start with.

It’s a mess that at its end has the unmitigated gall to suggest there might be sequels in the offing. Please sew my eyes up with the ghouls in the walls before that happens. 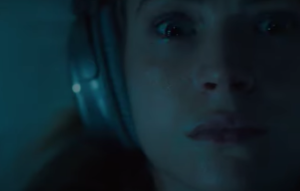 Canadian veteran Nicholas Campbell in a supporting role isn’t enough to make any of this fun, but you can feel from his performance and sea-captain beard he wants to insert a chuckle or two. No such luck, Nicholas, but we’ll still remember you fondly from all those Cronenbergs you were in.