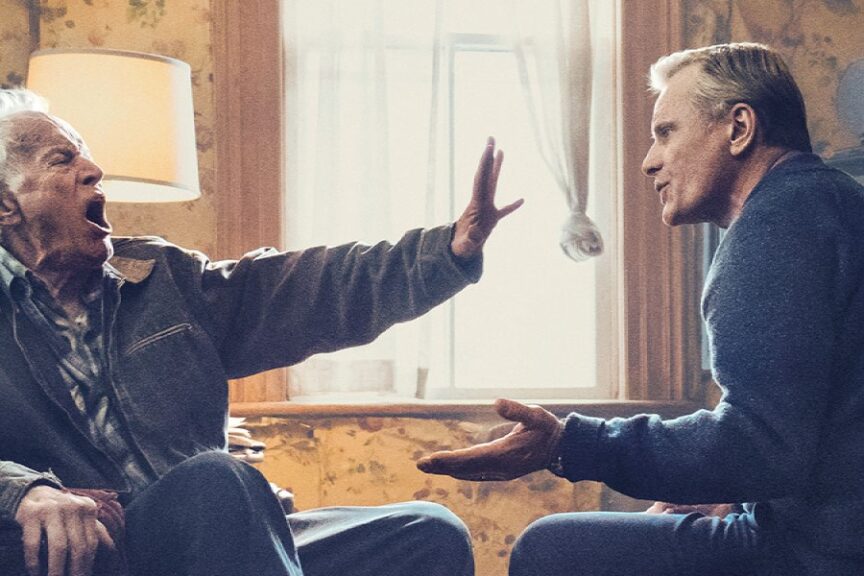 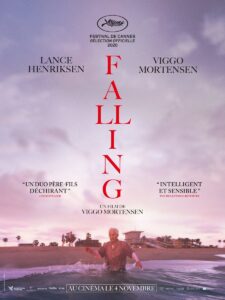 Oscar-nominated actor and movie star Viggo Mortensen tries his hand as an auteur with an international co-pro domestic drama. A huge disappointment, it’s a film entirely removed from real life.

Willis, played by Lance Henriksen, is a senior struggling with dementia and an endless supply of rage against the world, but he saves his most venomous spite for those closest to him, especially his adult son John, played by Mortensen. As with a lot of actors who step behind the camera, full credit to Mortensen for a certain ease with his performers, but his film doesn’t work at all because he’s written a script where characters don’t act like human beings.

Willis is a monster. We know this through frequent flashbacks to younger Willis (Sverrir Gudnason) who traumatizes his wife, Gwen (Hannah Gross) and children through years of violence and abuse.

So, where did that trauma go? Mortensen creates a character who is warm and forgiving, stoic and compassionate in the face of the elder, volcanic pater familias, but human nature tells us that people who are raised in that kind of environment need to find a way to deal with it as adults. Maybe John had years of therapy, and that did the trick — but if so, the script needs to tell us.

It’s simply inconceivable that John wouldn’t be triggered by Willis’ venom — any reasonable human being would’ve had nothing to do with him years ago. They would’ve denied him access to their child. John is a pilot, in a loving relationship with his husband (the always welcome Terry Chen). Together they have a little girl (Gabby Velis). All this, and John somehow finds the patience and generosity of spirit to put up with this grotesque. When John’s sister (Laura Linney) shows up, she behaves in just the same way, though with a little more fragility.

It’s like Mortensen has written a fairytale about the ideal way to manage toxicity but has no experience of what actually happens in these kinds of families. There’s something almost offensive about a story where an abuser is shown the kind of devotion that Willis receives from his loved ones. 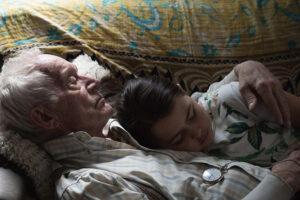 In the meantime the audience has to sit through interminable sequences — Falling is afflicted with frequent staginess and scenes that go on way too long — of Henriksen raging about his dead wife and dead ex-wife, spewing his misogyny and homophobia. If his toxicity had been a product of his illness, that might’ve made sense, or if there were real signs of his having once been a decent man, a decent father, you could understand why the people around him put up with it. But, it isn’t and he wasn’t. His only possible redeeming features are his secret regret and that he manages to be sweet to his granddaughter. It’s not nearly enough. It doesn’t explain John’s behaviour, or go any distance to excusing it.

When, finally, someone shows real emotion in response to Willis, it feels set up for maximum melodrama — by that point we’ve been inured to this nonsense.

Willis a big role for the 80-something Henriksen, and he goes for it hammer and tongs. But this raises a question about the job of the actor. I’ve always thought if the role skews emotionally in one direction, the performer needs to find some kind of contrary colour to add dimension. Henrikson is terrific with the seething anger, but offers nothing else — he plays him as a cartoon villain without nuance.

The one joy of Falling is a laugh-out-loud cameo from David Cronenberg as a proctologist. Mortensen’s frequent director is a hoot in his one scene — it makes you wonder what he might’ve done with material like this.