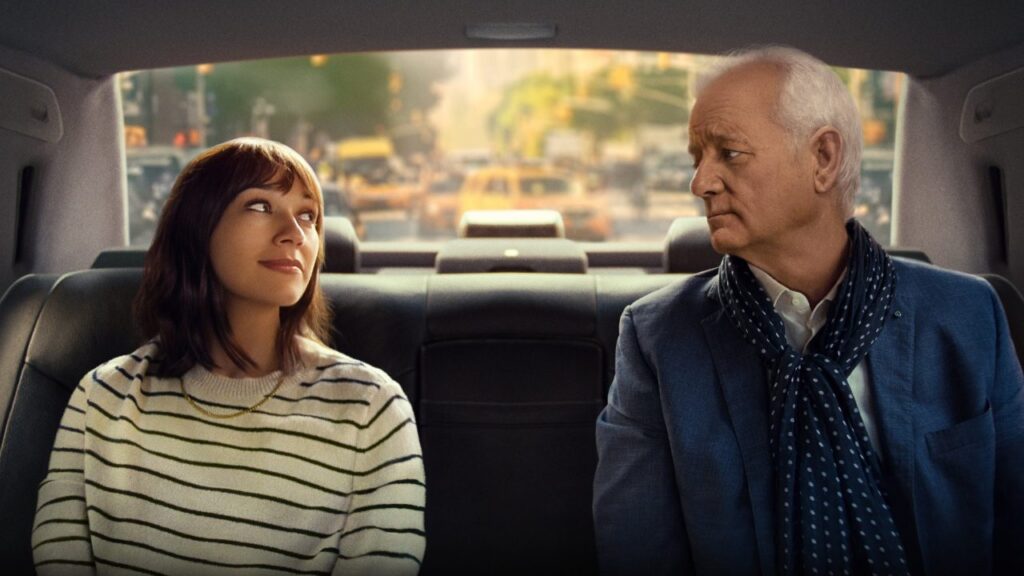 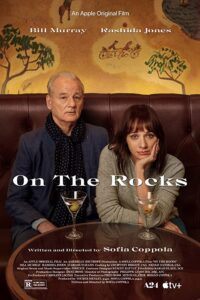 There’s a lot to enjoy in a movie that wants to take you back to the New York of Mazursky and Allen — the romance and glamour of those great bars and restaurants, the cobblestone streets and high-ceilinged loft spaces in Soho, along with the love and heartache of well-dressed rich people, all set to the smoothest, nostalgic jazz you can think of. To that it adds the weaponized charm of one William James Murray, at 70 as much fun to spend a movie with as ever. It’s a shame, then, that the movie in question just skates along on all that charm, eventually fizzling. 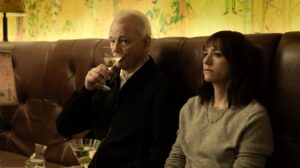 It’s a father-daughter jaunt: Laura (Rashida Jones) is a busy mom, hustling two girls to and from school and dance classes and whatever else wealthy kids in Manhattan do with their days, all while trying to write a new book. What kinds of books she writes the movie isn’t interested in, but I was. Too bad: A lot of Laura’s inner life is never revealed — she’s way too distracted by whether her start-up obsessed husband, Dean (Marlon Wayans), is having an affair with his fetching assistant, Fifi (Jessica Henwick). Jones is a wildly talented performer and writer herself, but she plays two notes here: anxious and harried. 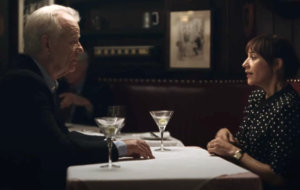 Into this scenario steps Laura’s dad, Felix (Murray). He’s a notorious philanderer and martini-sipper, like a relic from the Rat Pack with a personal driver and some deeply problematic ideas about men and women. He convinces Laura to start snooping on Dean’s phone, and even stalking him when he goes out with his work friends. 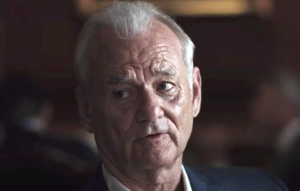 Murray is a pro, no doubt, delivering the required chuckles couched in just a little intensity. It’s never dull, but his reunion with Coppola doesn’t push him anywhere outside his comfort zone — they shared a lot more complexity stuck in that Tokyo hotel back in 2003. 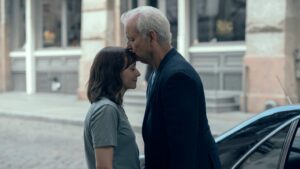 You start to feel like all this could be solved with one honest conversation —  the sitcom depth of the concept makes for the slightest stakes. I kept hoping it would turn out that Felix worked for the mob, or maybe Dean does, anything just to bring some broader laughs and antics into play. A late-arriving blow-up between key characters doesn’t feel especially earned, and it doesn’t help that Jones and Wayans have negative chemistry for a couple so (happily) married. 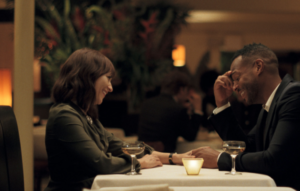 We get welcome cameos by veteran performer Barbara Bain and the rarely-seen- on-screen Kelly Lynch — her husband is Murray’s buddy, Mitch Glazer, who produced On The Rocks (and have they got a great Murray brothers story )— but none of that is enough to lift Coppola’s frothiest movie to date beyond a pleasant diversion. 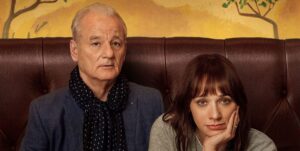