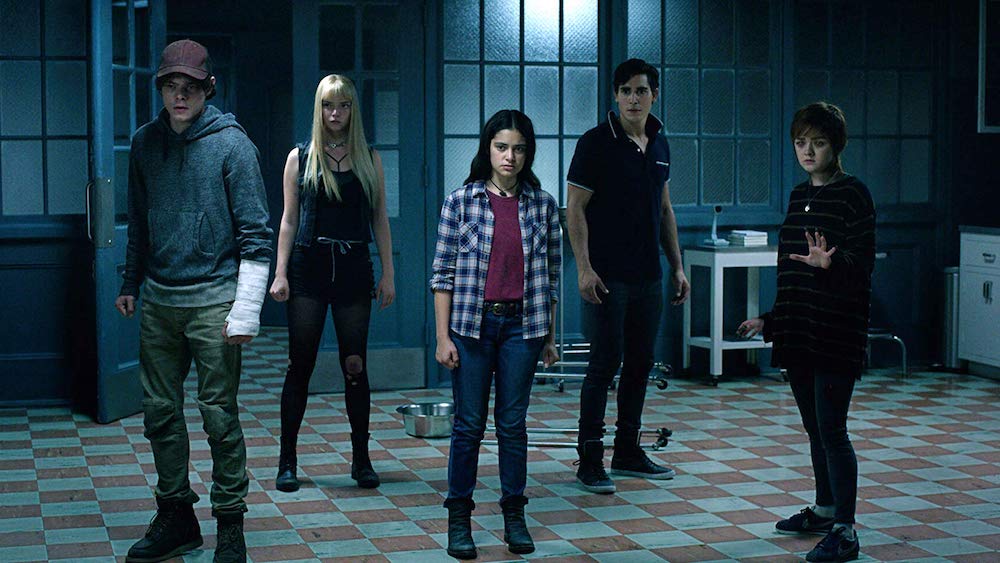 Directed by Josh Boone | Written by Boone and Knate Lee, based on the Marvel Comics by Chris Claremont, Bob McLeod, and Bill Sienkiewicz | 94 min 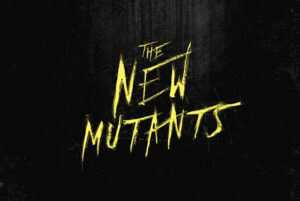 I can’t remember the last summer superhero movie to arrive with so little positive hype.

The New Mutants was originally to have debuted in cinemas in April 2018, having been shot a couple years earlier, but was delayed repeatedly — most recently by the pandemic. One delay tends to suggest trouble, but multiple reschedules indicates the studio has a stinker on its hands it doesn’t know how to market. Last we’d heard it was going to arrive On Demand while we were all in lockdown, but it’s actually, finally, showing up in cinemas.

Given all the baggage the film has accumulated, no one is more surprised than I am how entertaining it turned out to be. Oh, it’s deeply flawed, but it’s nowhere near the worst X-Men related property as some have called it.(Dark Phoenix probably still holds that title, in case you were wondering.) 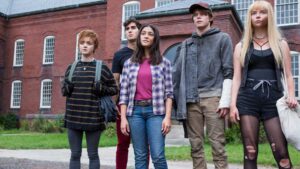 The film adapts the first X-Men spin-off comic, which envisioned a group of teenaged X-Men in training. Penned by X-Men writer Claremont, The New Mutants comic had some success with original artist McLeod, but really took off when the wildly talented Sienkiewicz came on board for the “Demon Bear” storyline. 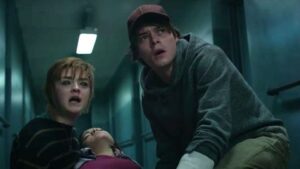 The first of our mutants is Danielle “Dani” Moonstar (Blu Hunt), a 16-year-old Native American girl whose family (including father Adam Beach) is killed early on by an elemental force. When she awakes in an institution, restrained, she’s told it was a tornado that touched down on her reservation, but she doesn’t believe it. Dr Reyes (Alice Braga) tells Dani she’s a mutant, but her powers haven’t yet manifested. Dani’s introduced to the other patients/prisoners of the facility: Scots werewolf Rahne (Maisie Williams, circa season six of Game of Thrones), Appalachian cannonball Sam (Stranger Things‘ Charlie Heaton), Brazilian heater Roberto (Henry Zaga), and Russian demon princess Illyana (Anya Taylor-Joy). 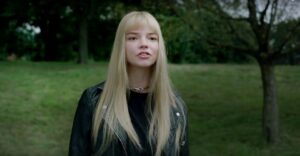 This is not your typical superhero jaunt, much more a scrappy powered-teen horror. The kids watch  Buffy The Vampire Slayer, and it’s an influence — minus Joss Whedon’s clever dialogue. That’s probably the biggest disappointment here, a script that desperately needed another draft or two, if only to weed out the plot holes and inconsistencies. Long after Dr Reyes has been established as a medical professional, she announces, “I’m a doctor.” We know!

It’s also not the best looking movie — it could easily be confused for one of Marvel’s TV series — Agents of SHIELD, for instance. Superheroes on a budget is a tough sell in this era of $200 million blockbusters. A little more visual imagination would’ve been welcome. 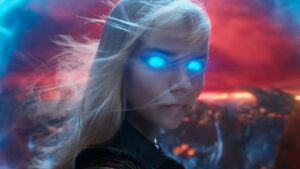 But all that said, it still mostly works by hooking us with character, and digging into their trauma. The film does a decent job unearthing a lot of typical (and atypical) teen anxiety, guilt, and self-loathing. Our young mutants are all being haunted by their pasts and deep-seated fears as those demons, real and imagined, are brought to life by whatever’s in this place.

We have enough time to get to know, and to care for, the characters — with the possible exception of Roberto, who’s a little flat. The picture also includes one of the sweetest teen romances I’ve seen on film in awhile, and it’s hard to go wrong with the presence of Anya Taylor-Joy, who since this was shot has become a star in films like Thoroughbreds and Emma. She’s magnetic here as the Mean Girl, who delivers many of the film’s best lines. 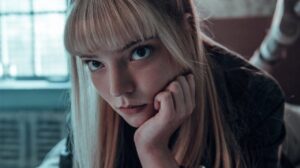 Hardcore horror fans will likely come away disappointed if they were hoping for an R-Rated creepfest. That isn’t what this is — but it has a few notable skin-crawling moments. Illyana’s Smiling Man is seriously unnerving, made more so given he croaks with Marilyn Manson’s voice. 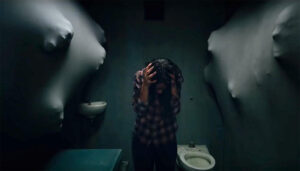 Story threads are left bare and unresolved — like what is up with the mysterious and villainous Essex Corporation. The producers of The New Mutants no doubt expected a burgeoning franchise would help answer these questions. That’s disappointingly unlikely. If a sequel was coming, or even a television series, I’d watch it