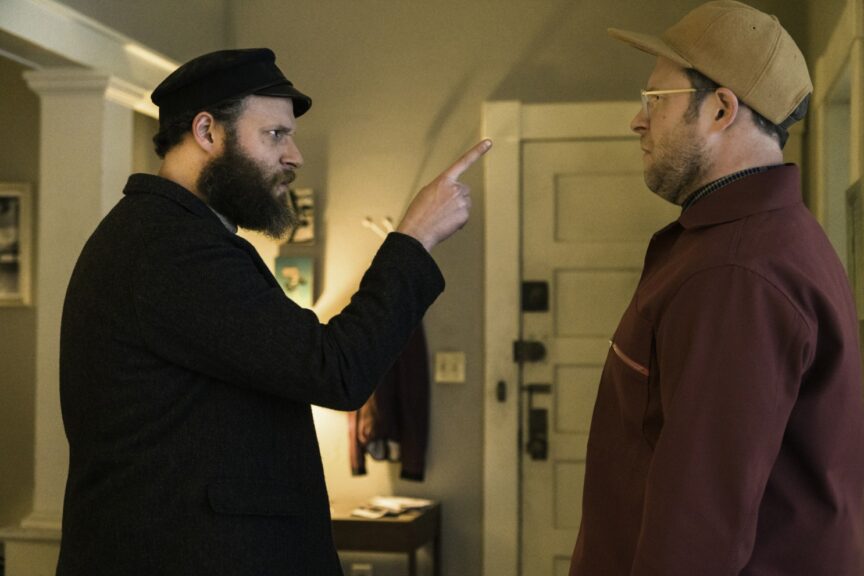 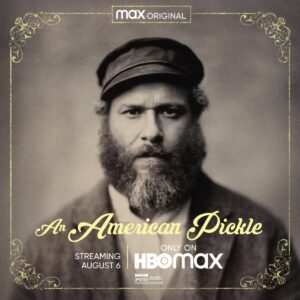 Who doesn’t like Seth Rogen? I like Seth Rogen. He’s genuinely charming with his Canadian schlubbiness, honking laugh, and easy-going, pot-smoking demeanour.  But, I mostly don’t find his movies have a whole lot of laughs. He’s got a great comic presence, but there are times when his comedies feel like the screenwriters forgot to write the jokes, with the possible exception of Sausage Party, which was manic in its commitment to its central gag. Of his recent work, Long Shot was OK, The Disaster Artist was OK, and The Interview pretty awful. 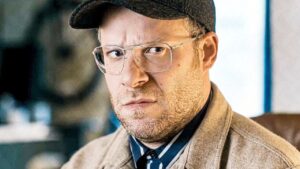 What works in An American Pickle is the film’s political undercurrent — this is a gentle comedy about a man, Herschel Greenbaum (Rogen), who gets pickled alive in a Brooklyn warehouse in the early 20th Century and somehow arrives in the present day — the film includes a moment of hilarity around the science of his survival. He shows up in 2020 perfectly preserved, having left behind his pregnant wife, Sarah (Sarah Snook). 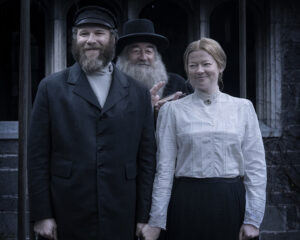 He connects with his great-grandson, Ben (also Rogen) who’s working on an app that helps you figure out the ethical value of products like kale chips. But when Herschel gets Ben into a spot of legal trouble, his app and business plan become radioactive, and the Greenbaums have a falling out. Herschel starts his own pickle business to get back at his great-grandson and restore pride to the family name. 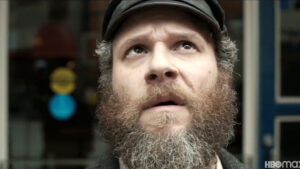 Rogen has divested himself of the broad, bro-y comedies of the past, just as audiences have, but he’s clever enough to reinvent himself — in Long Shot he was actually a plausible romantic lead. In this dual role, he’s made an entirely gentle satire of American values, exceptionalism, and celebrity, so gentle it barely manifests as it floats by. It might be easy to get frustrated with the opportunities for fish-out-of-water gags this production sets ups and never gets to, but what does land is Rogen’s sweetness and the underlying theme, which is about the legacy of generations and respecting where you come from. 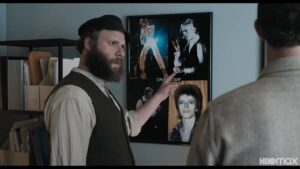 Do I wish it was funnier? Absolutely. Rogen is basically playing straight man to himself, and the film would benefit no end to have a love interest for Ben, or a wacky friend, someone to bounce some of this nonsense off of beyond the bubble of the battling central characters. 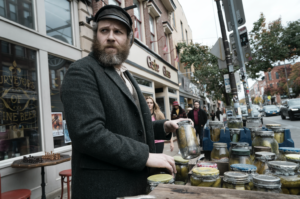 But, while it doesn’t risk offence, it doesn’t  bore, either. And a mid-credit scene about Barbara Streisand suggests a great concept for a sequel.