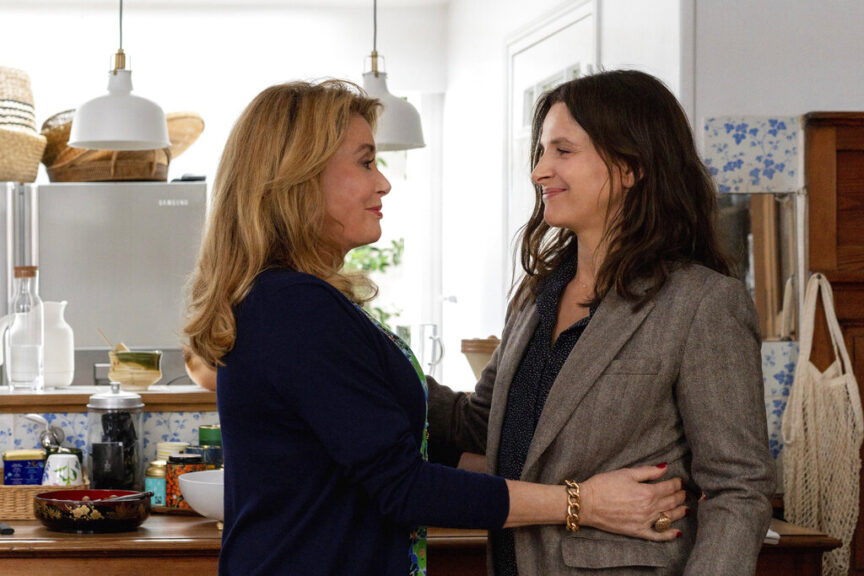 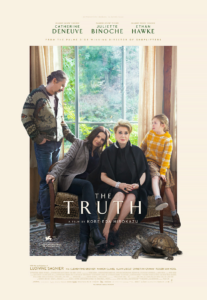 A frequently amusing, frequently melancholy family drama with a few undeniable meta overlaps to real life that help keep things interesting from the director of Shoplifters, a film I was in the minority for not loving.

Catherine Deneuve is Fabienne Dangeville, an aging French movie star who’s just released her memoir, which, according to her screenwriter daughter, Lumir (Juliette Binoche), is mostly self-aggrandizement and lies. Lumir is visiting from America with her husband, Hank (Ethan Hawke), a struggling television actor who speaks no French, and daughter, Charlotte (Clémentine Grenier). 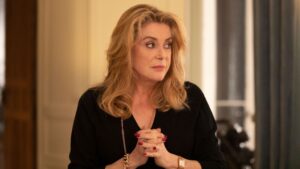 Fabienne has been cast in a science-fiction film where elements of the script seem to make explicit some of the simmering feelings between mother and daughter, while away from the set it’s all resentment and frustration. And over this relationship hangs the ghost of another actor, Sarah, a competitor to Fabienne who died years before, but a young star (Manon Clavel) seems to carry her spirit. 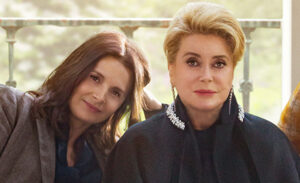 Not a lot happens and not a lot is resolved, and yet the characters and meandering narrative are entirely warm and enveloping, and that’s largely due to the ease and experience of the performers. Fabienne is awful, yet she’s got a magically connection with her granddaughter, which brings a little light to her character, and Deneuve is utterly convincing — she’s so good it makes you wonder how much she’s actually acting. Binoche is entirely winning, as usual, and you can feel her trying to bridge the gap with her mother, even while calling her on her shit. And Hawke as achieved that rarest thing as a performer, delivering the illusion that his every move, his every line, is completely spontaneous and improvised. 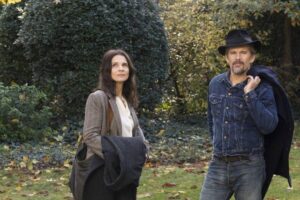 And that meta element of art reflecting life reflecting art — a film within a film, actors playing actors — is playfully handled. In its exploration of generations of women and the actor’s vanity it’s not quite as graceful as The Clouds of Sils Maria, but the parallels are clear — and it’s not just the presence of Ms Binoche, who here is in the Kristen Stewart role. That may be the best compliment I can throw The Truth‘s way.