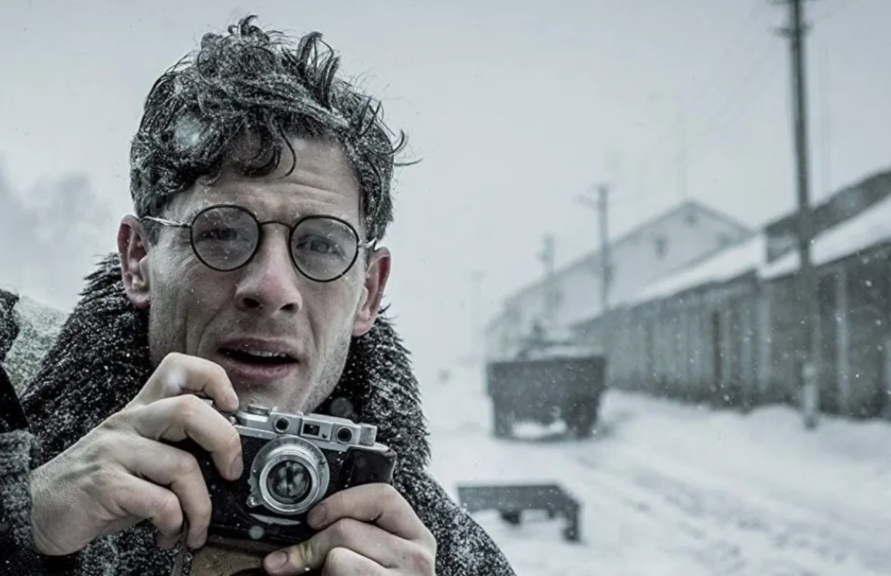 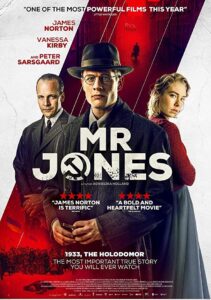 Curious about where Stalin’s government is getting its financing during a time of fiscal crisis, Jones heads to Moscow, only to find the press corps forbidden to travel outside the city and his contact shot to death. But thanks to his association with New York Times Moscow Bureau Chief, Walter Duranty (Peter Saarsgard), he meets reporter Ada Brooks (Vanessa Kirby), who tips him off to a lead in Ukraine, where he becomes the first foreign witness to the Holodomor, the Soviet starvation/genocide of the Ukrainian people. 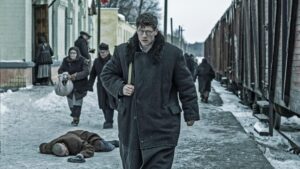 Holland has had a remarkable career — features including Europa Europa, The Secret Garden, and In Darkness. Mr Jones has all the hallmarks of her humanist storytelling, though the picture is also steeped in a certain old-school biopic stuffiness. The story of nations telling official lies while blackmailing other nations by holding their citizens hostage does feel remarkably 2020. 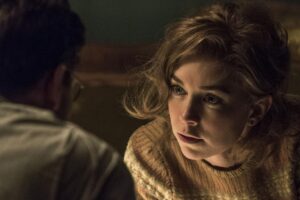 What’s probably most impressive about Mr Jones is the cinematography (by Tomasz Naumiuk) and the production design (by Grzegorz Piatkowski) — from the various interiors and exteriors in Poland (standing in for Moscow) to multiplying, mirrored rooms, to the desaturated horrors of the Ukrainian villages under a blanket of snow, the visuals will beguile even if the narrative occasionally gets bogged down in convention. It’s not especially helped by an awkward and unnecessary framing device — George Orwell (Joseph Mawle) writing Animal Farm, presumably inspired by what he’d heard of Jones’ story. 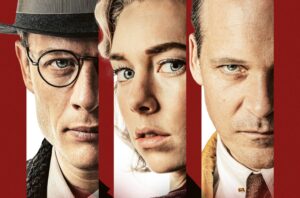 The trio of central performances, from Norton, Saarsgard, and especially Kirby, are solid. 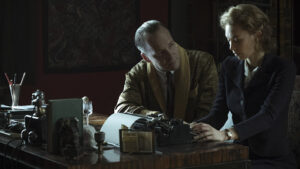 Incidentally, the IMDB says the running time is 141 minutes, but the version I saw was under two hours, so somewhere between its premiere at the 69th Berlin International Film Festival and its release on VOD, 23 minutes were cut.