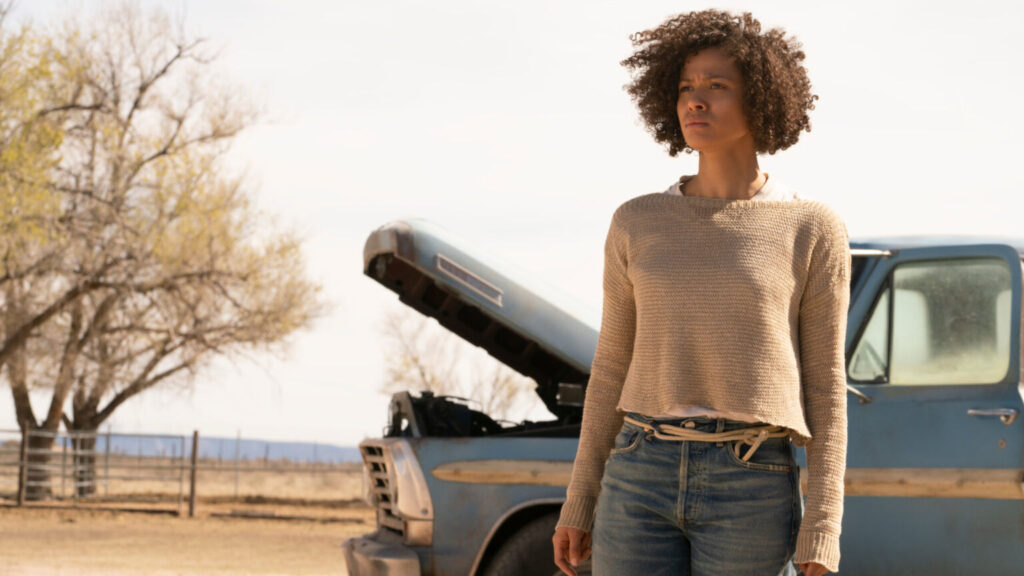 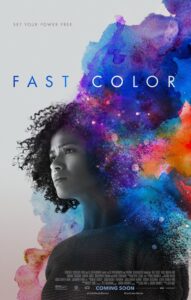 It hasn’t rained for years. As post- or ongoing-apocalyptic crises go, it’s plenty grim, plenty dusty. Ruth (Gugu Mbatha-Raw) is on the run. She’s trying to get home, to a small town out in the desert. Her mission is complicated by her superpowers — she can cause earthquakes with her seizures. 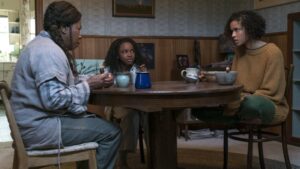 At home, her mother, Bo (Lorraine Toussaint), isn’t all that happy to see her, for maybe good reason, but also there’s a little girl living in the house, Lila (Saniyya Sidney), who also has abilities. A local cop, Ellis (David Strathairn, gone all whiskery and white) takes an interest in the family, as does a government scientist, Bill (Christopher Denham).

Though it’s not especially pacey, the central mystery of the powers and what they’re meant for provide puzzle pieces for us to assemble, and allows for the three central characters, Ruth, Bo, and Lila, to bring the heart of the story. This is about as far away from a superhero movie and still be considered in the genre, but really it’s about a family dealing with extraordinary circumstances while finding commonality and legacy — it’s got much more in common with Jeff Nichols’ Take Shelter and Midnight Special than anything in tights. 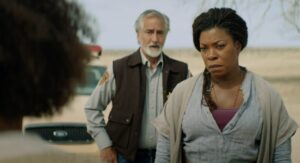 There are places where the script is a little clunky, a little too po-faced. The film is largely absent a villain and weaker because of it, and this while entirely absent a sense of humour. That said, the spirit of the thing is right on the money. The fact it’s an African American family, three generations of women, makes Fast Color something unique in genre filmmaking, especially in an American indie picture like this, a story that utilizes magic realism to illustrate a sense of continuity between the characters. 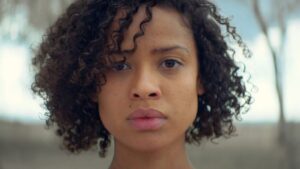