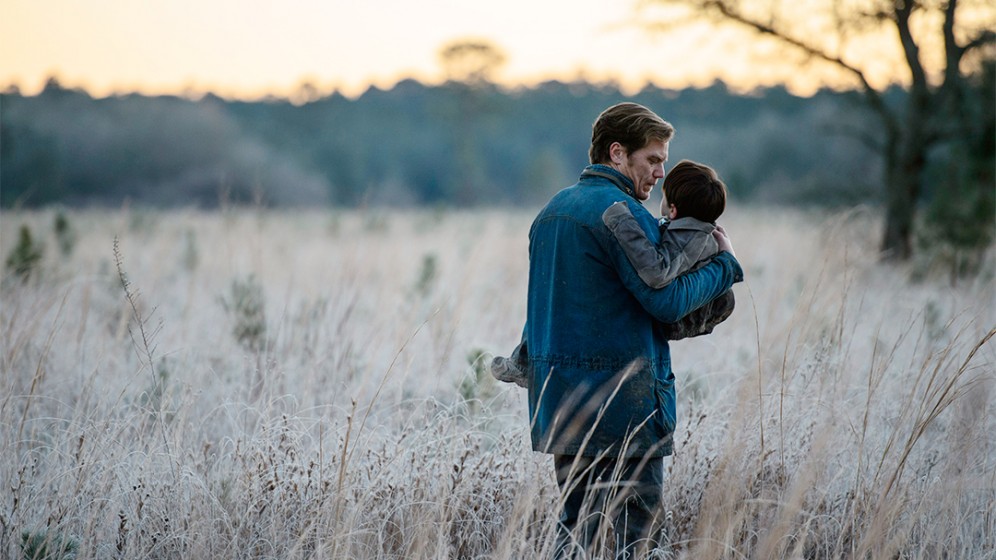 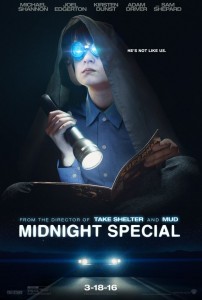 Jeff Nichols is now manifesting as a director to watch. This, his most recent and largest budgeted feature, deserves to be seen by a lot of people. It’s a real crowdpleaser, a throwback to a kind of science fiction drama that Steven Spielberg and his disciples once did so well.  Close Encounters of the Third Kind would be the touchstone here. Midnight Special compares favourably.

I also recognize much of the joy of the film comes from not knowing much going in, as the plot only gradually reveals details, quite wonderfully sustaining a long thread of suspense as it goes, exploring hidden issues of parenthood and responsibility inside a fantasy framework. 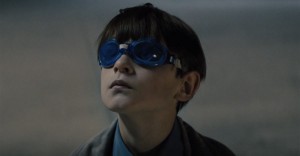 So I’ll only tell you in advance what you’ll  learn in the first five minutes: Roy (Michael Shannon) and his buddy Lucas (Joel Edgerton) have abducted an eight-year-old named Alton Meyer (Jaeden Lieberher) from a religious community in Texas run by Calvin Meyer (Sam Shepard). They’re on the run in a rusty car through the night. They’re are terrified of being stopped. 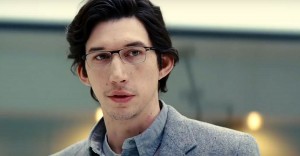 Shannon is Nichols’ go-to performer, and he brings a magnetic restlessness. It’s something counterintuitive about the actor I find fascinating. Great acting is usually about relaxing into a character, but Shannon is so good because he never seems relaxed. He doesn’t explode like he did in Nichols’ Take Shelter, but he does simmer to a boil.

If I have a criticism of the picture, it’s in the conclusion. While Midnight Special locates and celebrates the kind of elusive wonder Spielberg so effortlessly conveyed in his science fiction and fantasy pictures—something that say, the recent Tomorrowland aimed for but missed—it doesn’t manage to sustain the sense of fear underpinning the wonder. The imagination and craft never ceases to impress, but the air goes out of it a little in the last act.

Still, there’s no doubt Nichols has come up with something, ahem, special. And, further extending the parallels to the great entertainments of the late 1970s and early 1980s, I can’t help but think the title has some reference to the opening scene in Twilight Zone: The Movie, which featured two guys driving through the night listening to that song…