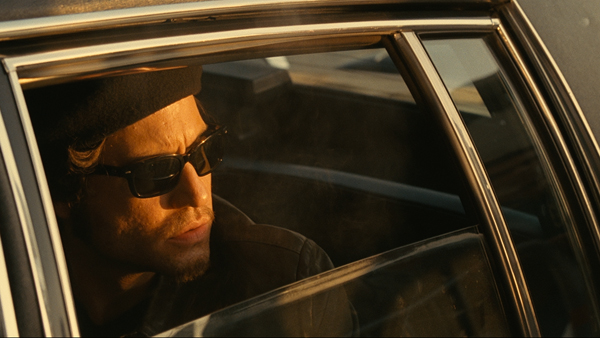 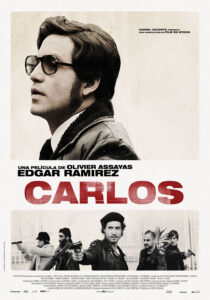 Available on Prime in a two-hour-45 minute version, I understand the original TV mini-series it’s based on is five-and-a-half-hours long, so what we’re getting is an edited version of a longer narrative. Despite that, the film is an entirely engaging story of one of the world’s most dangerous and well-known terrorists.

Interesting that it starts with a disclaimer, basically saying that much of what follows is fictionalized. 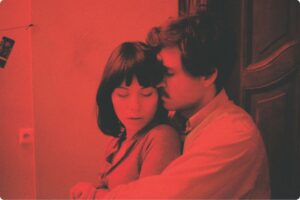 Edgar Ramírez is Ilich Ramírez Sánchez, aka Carlos aka Carlos The Jackal, who operated with impunity between 1973 and 1994 supporting the Palestinian cause. Ramírez’s casting connects this project to Assayas’ newest film, Wasp Network, but I found this one a much more involving experience, with a terrific production design, especially the 1970s wardrobe, sets, and overall look.

The film ends up a mirror to Munich. It’s at least partly set in the same era, but where Steven Spielberg’s 2006 espionage thriller was about agents of the Mossad looking to kill partisans to the Palestinian cause, and this film shows the efforts on the other side. Carlos is entirely committed to his mission, and has no trouble executing those he feels deserves it, even when his superiors take issue with his tactics and ability to improvise in tough situations. 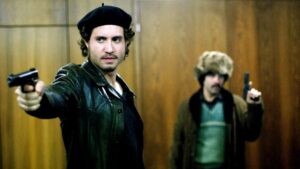 The best thing here is a sequence set in 1975, when Carlos and his comrades take control of an OPEC meeting in Vienna, what then became known as the OPEC Siege. In a hostage situation like this, one would expect it to end with the hostage-takers shot or arrested a lot of people dead — but the story is different this time. Based on what I’ve read, this was one of the first times representatives of Arabic states were targeted — Carlos separated the friendly, the neutral, and the enemy state ministers and demanded statements supporting the Palestinian cause be read on Austrian TV or he’d start killing people. Eventually a flight to Algiers was chartered. I won’t say how it turned out, but Carlos’ career didn’t end there. 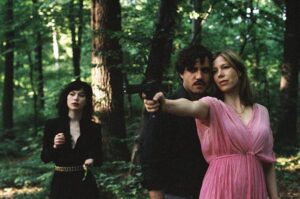 I mentioned Munich, but this story also intersects with the Israeli raid on Entebbe, which was reimagined in 7 Days In Entebbe in 2018 and in earlier features.

It gets really interesting when Carlos goes out on his own, the celebrity terrorist looking to start his own cell. The film slowly reveals his vanity and his need for attention, which is at least as powerful as his revolutionary fervour.

I also very much enjoyed the songs chosen for the soundtrack, from the Dead Boys to the Lightning Seeds to Los Lobos. Once again in Assayas’ work, I get a sense of Scorcese’s pop culture influence and thriller beats, and given the meditation on power and crime, maybe a little Coppola, too. 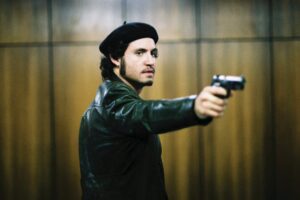 If there’s a drawback to the film, it’s that the episodic structure of the root mini-series can’t be entirely shirked, and aside from Ramírez we don’t get to know or care for too many other characters — including a parade of wives and girlfriends who barely manifest. Nonetheless, for those with interest in geopolitics of the era it tells a fascinating story, fictionalized or not.