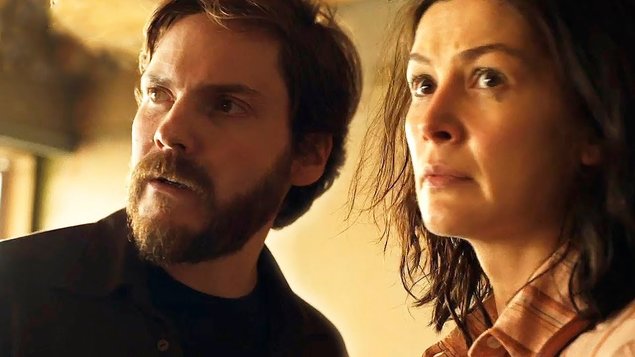 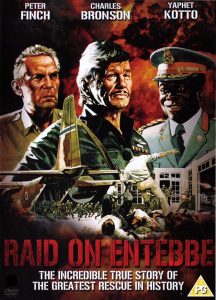 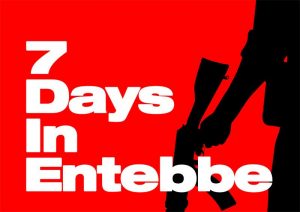 I watched the early take on the story of Operation Entebbe first when I was a kid. At the time I was a fan of any commando movie. (A star-studded TV version of this story also exists entitled Victory At Entebbe, and an Israeli version called Operation Thunderbolt.)The fact it was based on a real life event and featured an airplane hijacking enflamed my imagination, especially given my family’s frequent air travel.

The version I watched on DVD was a poor transfer, but I still enjoyed it, partly due to simple nostalgia and partly because it still manages to entertain. Kershner was a veteran filmmaker, probably best known as the director of The Empire Strikes Back. and a sure hand for this kind of suspenseful thriller. Coincidentally, this is the second Charles Bronson picture to be remade and released in cinemas this month, following Death Wish. 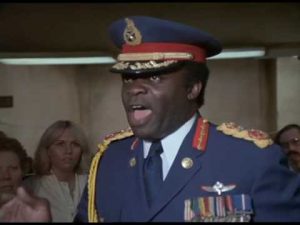 In June 1976, an Air France flight en route to Paris from Tel Aviv, stopped in Athens. Shortly after takeoff, members of the PFLP hijacked the plane, taking it to Libya and then Entebbe, Uganda, where Ugandan military offered support by the orders of President Idi Amin. The terrorists demanded a ransom and the release of dozens of their imprisoned allies in Israel and across Europe.

Journeyman filmmaker Kershner manages to keep things going at a good clip—at least in the two-hour version of the film I watched—with a lot of help from a solid cast of veteran character actors. Yaphet Kotto is especially charismatic as Amin—less the brutal madman of The Last King of Scotland and more an attention-loving blowhard. Other standouts from the hijacked are Sylvia Sidney and Martin Balsam, and Horst Buchholz as the most compassionate of the hijackers. The American and British cast speaking with light Israeli accents—including Bronson, John Saxon, Jack Warden, Robert Loggia, James Woods, Tige Andrews as Shimon Peres and Peter Finch as Yitzhak Rabin—cumulatively essay a smooth, masculine bureaucracy of sweaty dudes in beige, short-sleeved button-down shirts and crumpled uniforms. 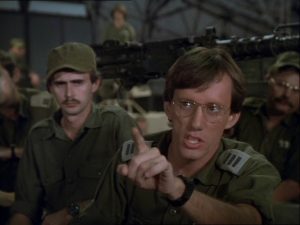 Politically, it’s remarkably even-handed. While there’s no doubt who are the antagonists of the piece, they’re not particularly demonized.

In the more recent 7 Days in Entebbe,  the hijackers are the leads. This version of  events is far more nuanced, but in attempting a more complex and ambiguous film, Brazilian filmmaker Padiha works against the best genre interests of his action thriller.

His two German hijackers (played by Daniel Brühl and Rosamund Pike) self-identify as revolutionaries, lefty radicals who join up with the Palestinians because they believe in their cause. They may be the tip of the spear when they take over the plane, but are shown from the start to have some scruples about murdering innocents in the name of ideology. Well, that’s true of Brühl’s character, anyway. It’s a little less clear what Pike’s speed-gobbler is capable of. 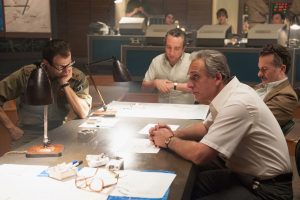 As with the earlier film, the events take place over a week in June and July 1976, with the Air France passengers taken to Uganda and held there while the Popular Front for the Liberation of Palestine has the Israeli government over a barrel, forcing president Yitzhak Rabin (Lior Ashkenazi) and Defence Minister Shimon Peres (Eddie Marsan) to negotiate for the hostages’ lives. And while the Palestinian hijackers threaten to execute children, the two Germans start to feel as though they shouldn’t have gotten on this flight tonight, to borrow a line from Joni Mitchell.

The film ill-advisedly includes a subplot about one of the Israeli soldier’s lovelife with a dancer—and then we get to see her dance company’s performance, which is terrific, intercut with commando action. It’s an interesting aesthetic choice, but it diminishes the intensity of the visceral drama for something more cerebral. 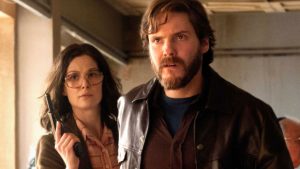 It’s a delicate balance, to ask us to find some sympathy, or at least understanding, for these to hijackers, idealistic as they are, while also showing the difficult choice facing the Israeli politicians. (The passengers barely register in this version.) The moral dilemmas tend to cut back into the film’s suspense. Instead of ratcheting up, the drama frequently feels remote and academic. I kept thinking of how Spielberg directed the violence in his film Munich, and how terrifying that was. It’s not like that here, though it easily could’ve been.

It may not have helped that I knew the story so well for having seen the 1977 film beforehand, but I found the newer film wanting. By trying to promote the idea that the only avenue to peace is through negotiation, all while telling a story where a well-trained squad of commandos proved much more effective than discussion, Padiha’s 7 Days in Entebbe ends up thematically bereft.