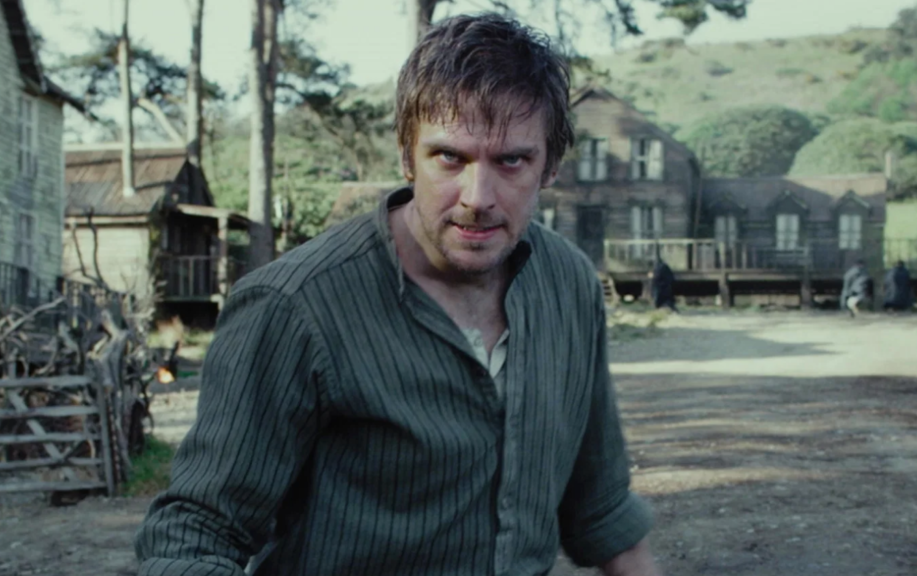 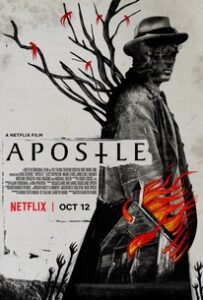 It’s 1905, and a young woman has written a letter to her father in London, pleading for him to come pay her ransom and rescue her from an evil religious group on a god-forsaken island. Her father is indisposed, so a troubled brother, Thomas (Dan Stevens) makes the journey to the island, mixing in with the faithful and trying to locate his sister. He discovers a community who indulge in blood rituals led by a cult leader named Prophet Malcolm (Michael Sheen, charismatic with a bad haircut). Despite the sway Malcolm has over his disciples, his daughter, Andrea (Lucy Boynton), remains independently minded. 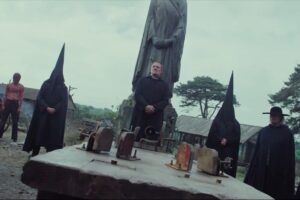 Evans, best known for the martial arts action picture The Raid: Redemption and its sequel, cooks a very different kind of stew this time out, a slowburn suspense creeper.

The film is steeped in the tradition of quality British horror — the representative most familiar to me is The Wicker Man — and the fear of superstitious rural communities, where everyone’s dirty and obsessed with goats. Stevens functions as our undercover detective, piecing together what’s going on. 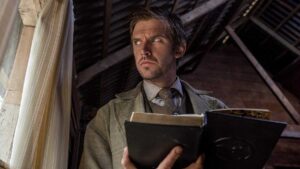 And what’s going on is rambling and jerky — it’s about halfway in before it starts to get really interesting, where the plot threads sewn early on knit together to pay off, and then it takes about 20 minutes longer to conclude than it should. But, in places, it’s also unpredictable and intense, gnawing through its themes like a rabid boar.

It doles out supernatural scares and plenty of gore, if that’s what you’ve come for, but it’s actually more interested in the horrors of the patriarchy — men who set out to create a paradise debasing both women and nature end up destroying everything around them, their dreams, their families, and the land beneath their feet. 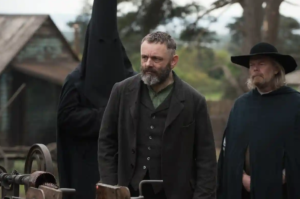 Stevens is worth singling out — the man has a little of Daniel Day Lewis in his gift for physical transformation. His twitchy performance here is like nothing we’ve seen from him before, and we’ve seen him often. Mark Lewis Jones is also particularly good as the evil Quinn, who late in the game makes clear how ugly that masculine ambition can get.

Not all of Apostle works, but it flings so much soup, gristle, and blood at the wall, some of it is bound to stick.