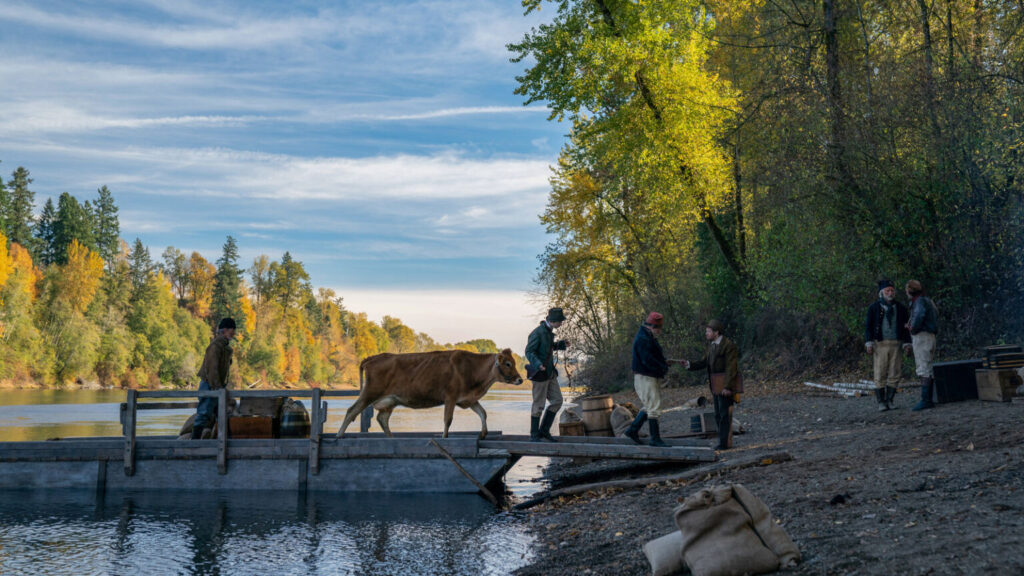 Directed by Kelly Reichardt | Written by Reichardt and Jonathan Raymond, from Raymond’s novel | 122 min | Crave Plus 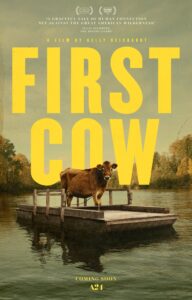 Reichardt makes lyrical, gentle films about human connection, like a cinematic equivalent to folk music, which when her films are period-set, might be described as Americana. I’ve conjured that comparison while, admittedly, having only seen a handful of her pictures. I think I understand what she’s getting at. I still shiver a little when I think about Wendy and Lucy, her quietly devastating 2008 drama, a portrait of a traveller (Michelle Williams) whose poverty provokes poor decisions when she loses track of her dog. Reichardt’s work may stay with you. 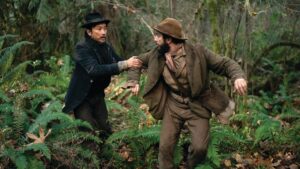 In this film, she starts with the discovery of human remains by someone only credited as Woman With Dog (Alia Shawkat), before we go back a ways in time. A sad-eyed chef, Cookie (John Magaro), travels with men heading west. He crosses paths with King-Lu (Orion Lee), a Chinese man on the run. At a trading post they start a baking business together — King-Lu providing business acumen, Cookie the biscuits — with the help of milk from an area bovine that doesn’t belong to them. 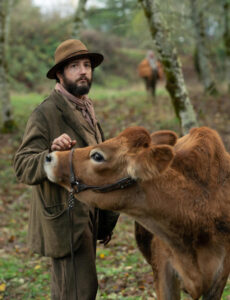 The film is character-driven without rushing, but it insinuates. It’s soft and somewhat slight. It offers moments of drama with a little humour now and again, of a philosophical sort. If folks in buckskin talking while walking through mud and bushes at twilight turns you on, I have a movie for you.

Around our unlikely pair, we see how British interests in the colonies bring a class discrepancy, as embodied by Chief Factor (Toby Jones) and Captain (Scott Shepherd). The late Rene Auberjonois makes an appearance as a coot in a shack, as does Ewen Bremner as a trapper. 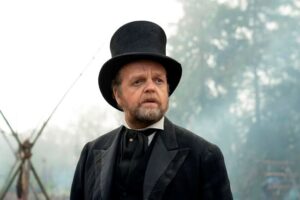 First Cow would make a great double-feature with There Will Be Blood. Both are about the beginnings of a kind of enterprise in America, but Reichardt’s picture, rather than being an epic about a selfish and megalomaniacal capitalist, turns out to be a fable of friendship. Two men cultivate a dream together on the frontier, where the notion of crime, of being an outlaw, is relative.  That’s the one thing Daniel Plainview and these gentlemen have in common: opportunism.