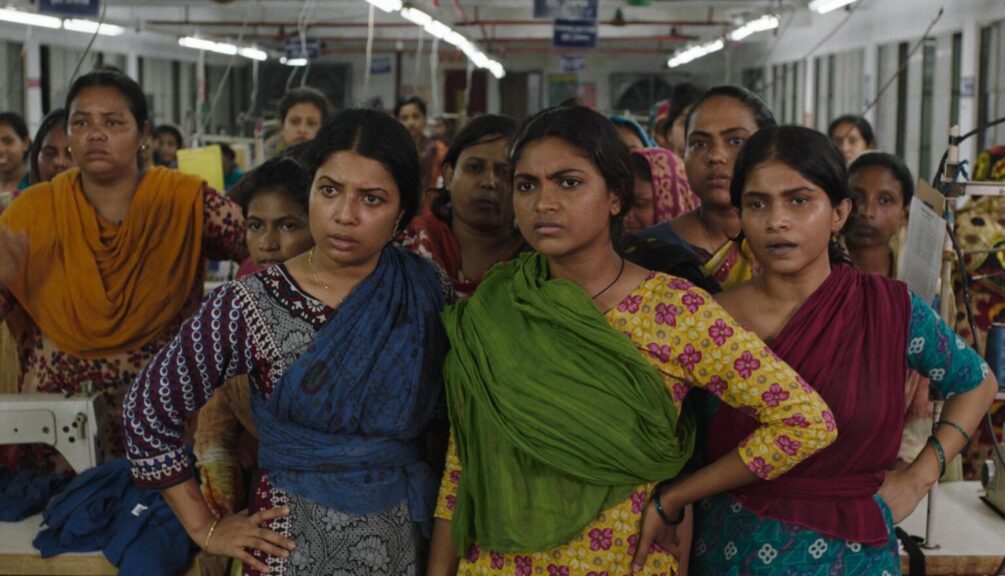 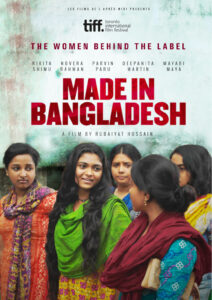 We open on a sweatshop in Dhaka, a roomful of women working with sewing machines, making those inexpensive garments most of us wear without thinking much about where they’re made. A fire  alarm sounds, and the women run to the stairwells. Their workspace fills with smoke. Not all will get out with their lives.

Shimu (Rikita Nandini Shimu) knows these conditions are unfair. Originally from a rural village, she came to the big city to escape being married off at 14 to a 40-year-old by her stepmother. She’s been working at this factory for six years. She’s 23.

We’ve all heard what happened in 2012, when 117 people were killed in a fire at one of these Dhaka factories, and then in 2013 when a building housing a factory collapsed, killing more than a thousand people. 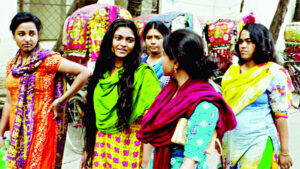 This story has been told in documentaries like The True Cost, and recent news reports on the terrible impact of Covid-19 on the Bangladeshi garment workers, but this is the first time we’ve seen it in a feature. It’s an entirely worthwhile and engaging union drama, a genre we could use more of — this inspired by the real life struggle of Dolly Akhtar. 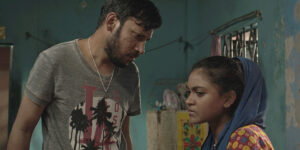 Shot on location, the noise, the overcrowded streets, and the poverty evident in the alleys and modest spaces where people live provides the vivid texture of the thing. This is Hossain’s third feature, and she shoots it with a distinct authorial voice, unafraid to let the camera linger on tableaus like the empty rooms where the work is done. And as with any empathetic story of injustice, the fury is palpable. This isn’t just about labour unrest, it’s about the men in charge undervaluing the contribution of the women, women who are frequently the breadwinners while they’re paid less than men — this despite being the engine of this global machine that sees the corporate brands make huge profits from their work. The film also takes a shot or two at the patriarchal structure of religion, in this case, Islam, and the archaic Bangladeshi bureaucracy. 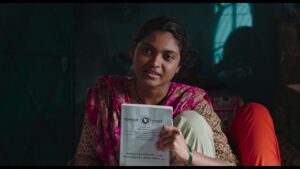 Hossain never forgets to personalize her film through the faces of her lead and supporting characters, including Deepanwita Martin and Novera Rahman as Shimu’s coworkers and friends. While Made In Bangladesh doesn’t avoid a certain didacticism in its messaging, and the conclusion feels a lot less triumphant than maybe Hossain intends, this fight for equality should strike a universal chord.