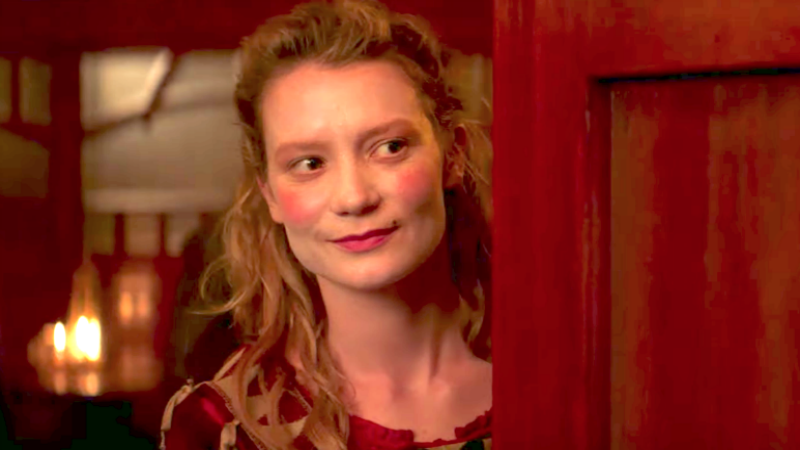 Written and Directed by Mirrah Foulkes | 105 min | On Demand 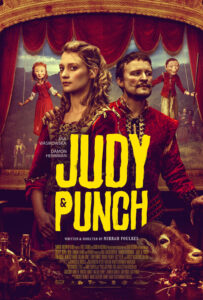 It’s set in the medieval village of Seaside — nowhere near the sea — where married puppeteers Judy (Mia Wasikowska) and Punch (Damon Herriman) entertain the locals in what might’ve been the very first show of its kind — characters from the show are clearly inspired by the denizens. Other entertainment possibilities in Seaside include days set aside for stoning women suspected of being witches. Punch seeks fame beyond this hamlet, but has a problem with the drink. This while Judy is the responsible one, looking after the baby and pretty much everything else. 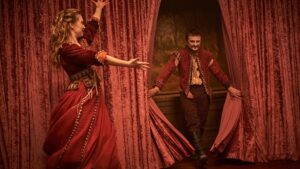 The inciting incident, a tragedy, finally shows up at about 30 minutes in, but by that point the film still hasn’t really decided what it is, nor does it settle on any one thing to the conclusion. 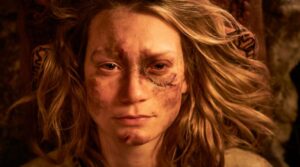 Not nearly broad enough to rub elbows with Mel Brooks or Monty Python’s historical absurdities, nor creepy or grounded enough to succeed as a dramatic take, the film inhabits a toneless, bumpy middle ground while stirring a strange stew of a plot. Wasikowska’s a positive addition to any cast, but is left floundering here as events become more obvious and less compelling as we go along. 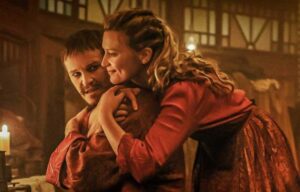 Judy & Punch‘s themes are plain as day, revealing  and refuting the misogyny and violence baked into our society, even in goofy and otherwise innocuous children’s fare, but the film never quite delivers a satisfying story  or characters around those themes.