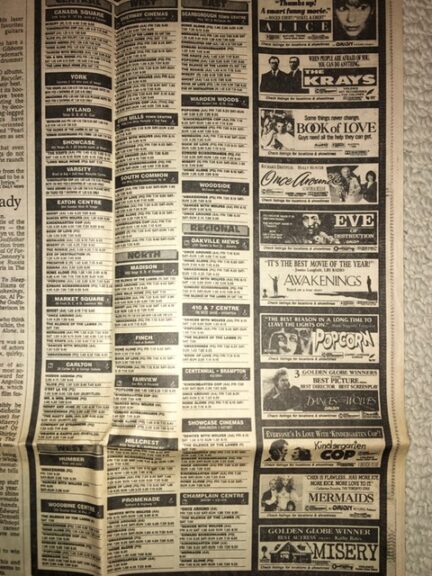 For reasons lost in time, I saved a copy of a Toronto Star supplement called The Weekend from February 2, 1991. I stumbled upon it a few days ago when going through some old files. 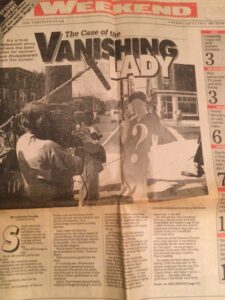 I know it was 29 years ago — an eternity in the information age — but opening this newspaper was something of a revelation. For those reading this who weren’t around back then, or who’ve just forgotten, let me explain.

Aside from a think piece on the forthcoming “No Decade” — according to a startlingly prophetic writer, the ’90s will be an age of nihilism —  two whole pages devoted to analyses of new books, a classical music section, and a column on censorship, The Weekend is also stuffed with ads for movies. 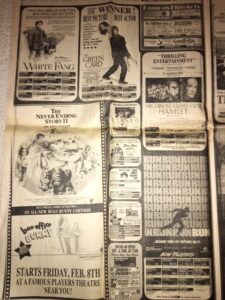 Seeing them again, I was immediately reminded how much fun it was opening these broadsheet pages. Though this paper doesn’t include a page of recent capsule film reviews, they also were frequently part of the entertainment section in newspapers. They were probably found in the Friday, February 1 edition to give movie nerds like me a reason to buy that one, too. 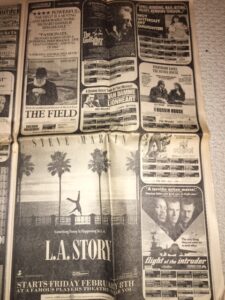 Some of these titles have been lost in time, too. Siskel and Ebert gave Once Around “two thumbs up,” but I sure as hell have no memory of it. 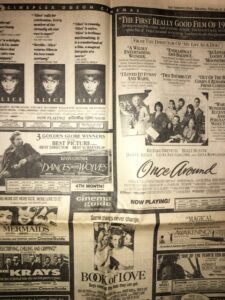 Nor of Popcorn or Rachel Talalay’s Book of Love. 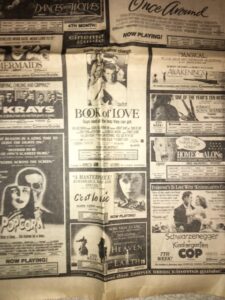 But what’s startling is the sheer variety of the films available. It got me thinking about all the designers and ad executives who were employed to design and sell those ads every week, let alone all the filmmakers who were working on these projects. 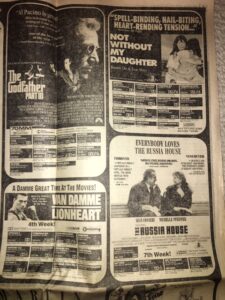 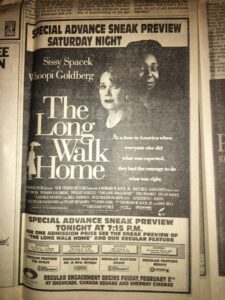 I was also reminded of the beauty of some of these ads. Yes, they could be beautiful.  Witness: 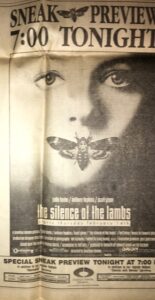