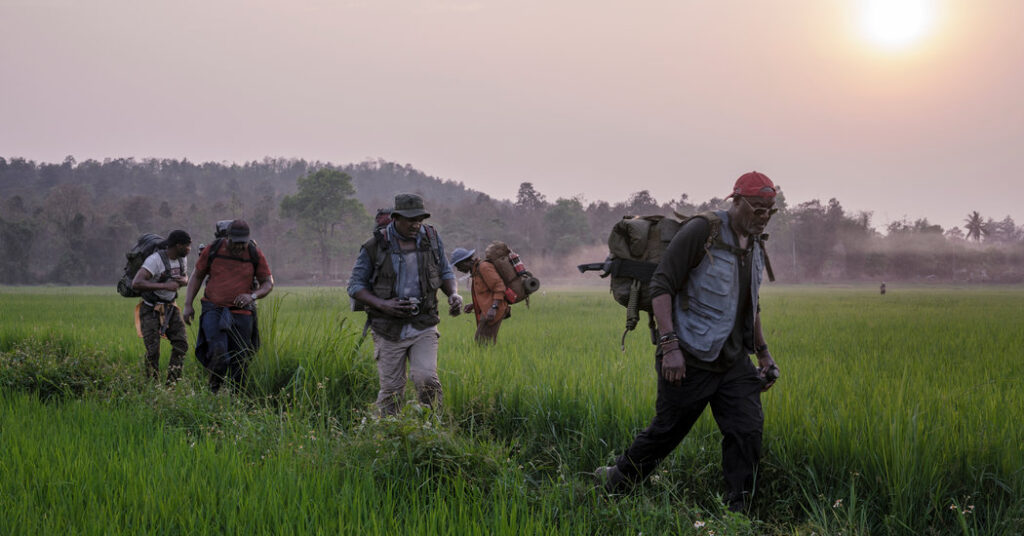 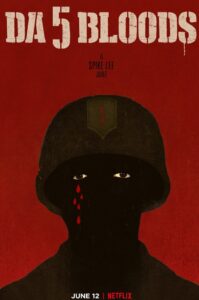 Four American Vietnam veterans — Paul, Otis, Melvin, and Eddie (Delroy Lindo, Clarke Peters, Isiah Whitlock Jr, and Norm Lewis) — are in country for the first time in decades — officially to get the remains of their comrade killed in action years before, unofficially to secure and export gold bullion, stashed when their charismatic and doomed leader, Stormin’ Norman (Chadwick Boseman), died. 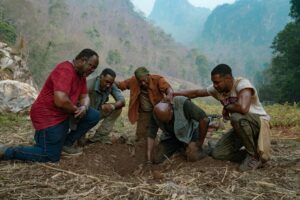 The present day adventure into the jungle is laced with frequent visits to the war in flashback. It’s an engaging, exciting journey, with room for discussions of colonialism and racism in the East and West, and the legacy of the war in the African American community. It’s also overlong, with a script that indulges narrative detours and obvious dialogue. 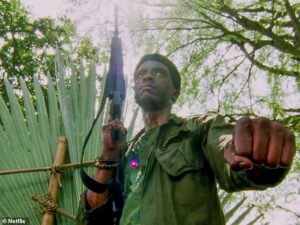 Lee makes the bold choice to not recast his senior soldiers in the grainy, academy ratio flashbacks to the jungle where they see action against the Viet Cong, but it works — the scenes are  expressionistic, about as broad as The Green Berets, with a big, syrupy score ladled by Terence Blanchard. It refuses to be ignored. 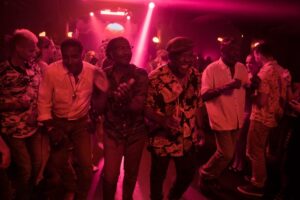 Bold choices are frequent — Lee typically likes to insert stills in the action to illustrate his point, and is happy to lay a foundation of history on which to build his drama. He’s also got a scrappy sense of humour, referencing Apocalypse Now, The Treasure of Sierra Madre, and even The Warriors with his tongue firmly planted in his cheek. He even gets Whitlock Jr to say his famed catchphrase from The Wire. 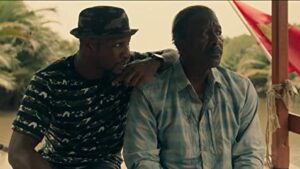 Lee also falls into a few plot holes on the trail and spends a little too much time with Mélanie Thierry’s Hedy and her slight connection with David (Jonathan Majors), Paul’s son, and  Tiên Luu (singer Lê Y Lan), Otis’ ex who helps arrange the mission. That said, without them it’s a total sausage party, though it may as well be given they’re in no way essential to this story.

As Da 5 Bloods shuffles toward its conclusion to the sounds of an acapella version of Marvin Gaye’s “What’s Going On”, I started to wonder whether Lee’s Vietnam War story isn’t a parable of the divisions in America, between those who have and those who have not. It’s a lot to unpack amidst the action sequences, the yelling into the camera, betrayals and counter-betrayals, but the finale ties everything to Black Lives Matter, going a long way to making subtext text. Direct messaging, rather than subtlety, is Lee’s strong suit. 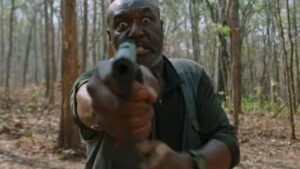 See Da Five Bloods for Delroy Lindo going big right through that fourth wall, and see it for this veteran filmmaker’s sheer enthusiasm for movies, undiminished in decades of making them — underlined in a post-credit crew shot.