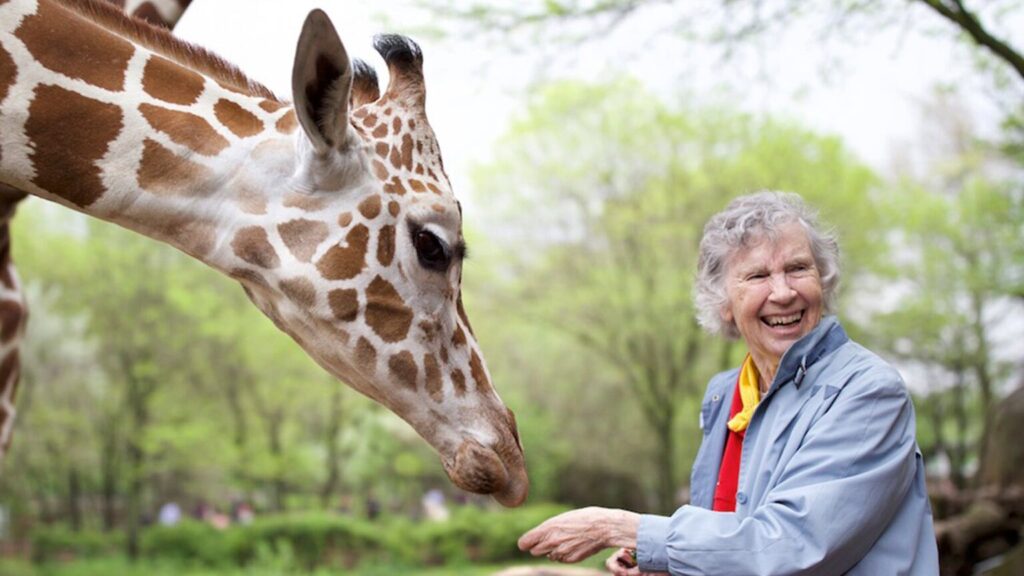 Directed by Alison Reid | 83 min | on Crave, and available through June 4 as a virtual screening at Carbon Arc Cinema 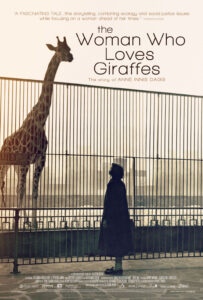 What’s surprising about this delightful documentary is its split focus: it both celebrates Canadian giraffe expert Dr Anne Innes Dagg for her passion and accomplishments as a giraffe researcher, and takes a hard look at the sexist structure of the academic and scientific establishment that at one time held her back. 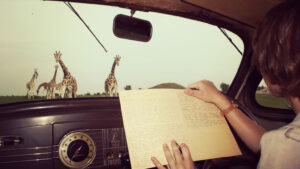 Anne Dagg was in her early 20s in 1956 when she went to South Africa to study giraffes. She wrote letters to her family and fiancé and shot colour film of her long-legged subjects, all of which is fascinating to see and hear so many years later. No white scientist had dared to do this, certainly no woman — this was years before Jane Goodall’s primate adventures. This is the heart of the thing — how the film restores a piece of essential, but largely unknown, scientific history. 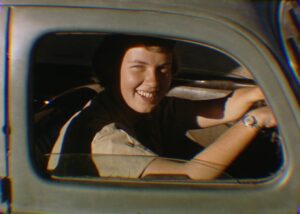 It’s when Dagg gets back to Canada, securing her PhD, that she struggles against a wall of entrenched academics who would ignore her and refuse her tenure.

This is where the documentary takes a detour in a way that we haven’t seen as much in documentaries about, say, Goodall. Director Alison Reid  — who’s had a terrific career in stunts before going behind the camera — even goes so far as to track down a retired professor who was on the University of Guelph tenure committee, to have him explain his decision to reject Dagg. In his efforts to suggest she didn’t have the appropriate credentials, he’s deeply unconvincing. 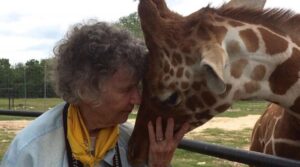 Dagg then works to change the system, launching legal challenges to these sexist power structures and writing books on feminist change. The documentary saves for its moving last chapter the recognition Dagg receives for her having written “the bible”  of giraffe research, which had taken root in the scientific community in a way she’d never expected. Being welcomed back to this work, and restarting it, is wonderful to see. 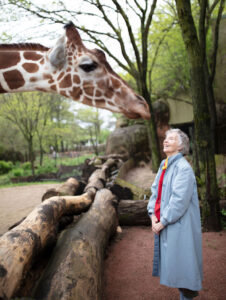 The film packs in a lot of storytelling into its brief running time, and I was very glad to learn about Dagg’s accomplishments. She’d be the ideal person to sit beside at a dinner party or airplane seat — passionate, learned, and curious.