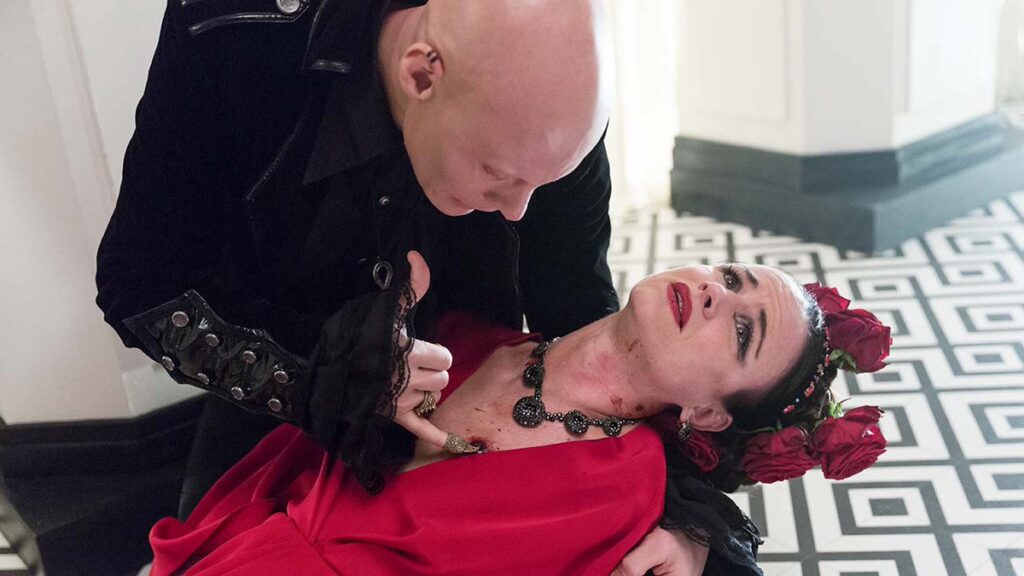 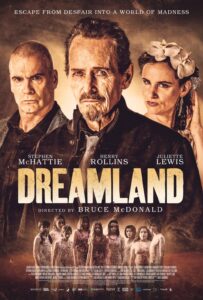 This movie brings a luxurious score and engrossing sound design, it’s gorgeously shot in a medieval European town, and stars Stephen McHattie, Henry Rollins, Juliette Lewis *and* includes vampires? There’s nothing here that doesn’t sound like fun on steroids, so why, then, is Dreamland such a mess?

Bruce McDonald as a playful and prolific filmmaker: he made one of the all-timers, Hard Core Logo, the reality TV satire, The Love Crimes of Gillian Guess, and the multiple-screen experiments of The Tracy Fragments. More recently he’s impressed with the music industry drama Trigger and the endearing Nova Scotia road movie, Weirdos. I think he’s at least as interested in screwing with the form of cinema as he is with its content, and here he’s diving into genre, bringing in his previous collaborator, Tony Burgess, who he worked with on Pontypool, a single-location zombie movie a lot more effective than this. 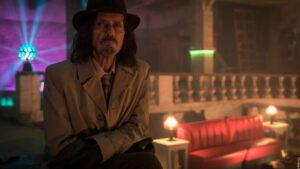 We get the noirish, neon-lit hitman movie first off: the unnamed (until the end) killer (McHattie) is happy to knock off kiddie pimps, but then discovers it’s his friend and employer, Hercules (Rollins) who’s moving in on the market. This while crime boss The Countess (Lewis) up in her monochromatic castle is planning a wedding between a vampire (Tómas Lemarquis) and a 14-year-old. So, add gangster drama, twisted fairy tale, and supernatural horror to the Dreamland cauldron, and sprinkle a little heroin music biopic, with the Maestro (McHattie again, revisiting Chet Baker) set to play the nuptials. 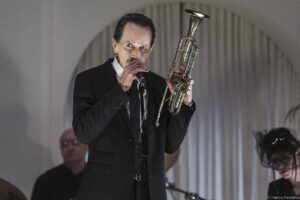 McHattie has a great face, and here is laconic to the point of comatose, which works for Chet, but as the killer who wants to stop this unholy union he mostly just mumbles incoherently. There’s some point being made by casting him the dual role, but it’s obscured by the awkward scene-setting and clunky pacing. The possibility that this is all a dream — one hint to that, the film’s title — does not a satisfying picture make. 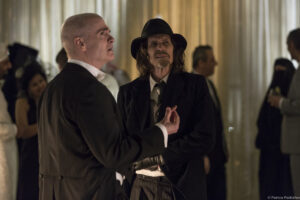 Henry, I love you, but you’re terribly miscast here as the narcissistic Hercules — the scene where he meets the bloodsucker is laughable, which if we’d tipped over into campy comedy right then it might’ve saved the day. And Lewis barely manifests.

In the desperation to create a cinematic cult item, McDonald and his collaborators have committed the biggest sin in making a one: being dull.