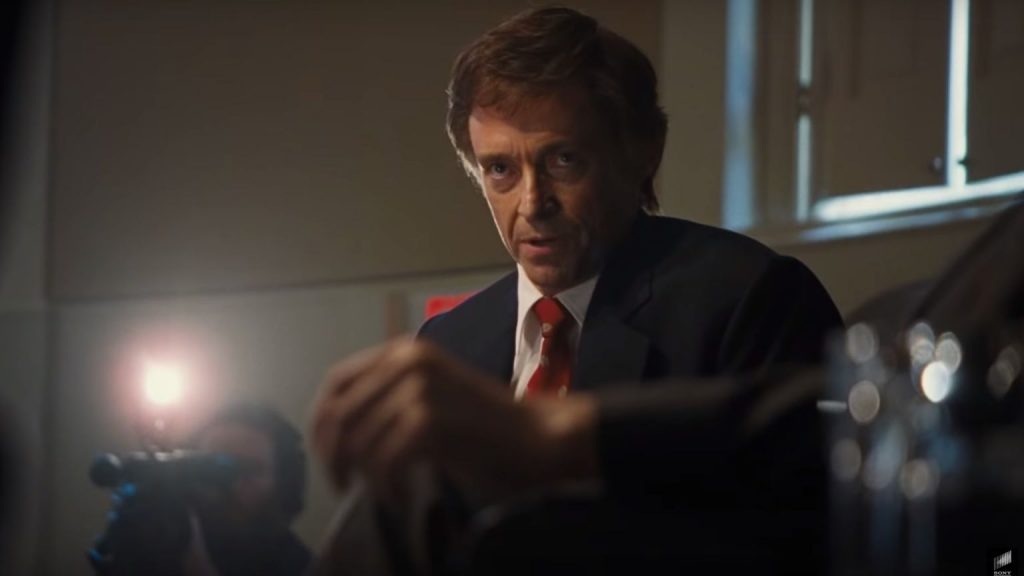 Directed by Jason Reitman | Written by Reitman, Jay Carson, and Matt Bai, based on the book All The Truth Is Out by Bai| 113 min 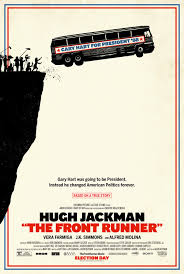 A prestige drama getting no buzz at all this 2018 fall film season is The Front Runner, which is about the 1988 run for president by Democrat Gary Hart. His dreams of power were sidelined when the press got wind of his marital indiscretions. The film is really about the moment the American mainstream media started to take a real interest in the personal life of the country’s leaders, where the expectation that the behaviour of said leaders behind closed doors had bearing on their suitability to be in charge. It’s a shame the film isn’t getting more attention, because it’s actually pretty good—it manages to encapsulate the era well, as it shares credit or blame pretty equally amongst all the participants.

Hugh Jackman is Hart. He cuts a compelling figure as the politician with a loving family life, a solid intellectual bearing, and promising political future. What the film doesn’t do is try and explain why he strayed, and Jackman doesn’t seem interested in sharing much of that part of his character, either. Maybe it’s for the best, because it could end up being glib , and this isn’t really a character study. It’s a system study, with a broad ensemble.

From the first shot, which depicts the moment back in ’84 when Hart had his political coming-out party, the film establishes what it’s about: politicos and the media getting up in each others faces, while we look through a window high above at the candidate. Full marks to JK Simmons, Molly Ephriam, Alex Karpovsky, Mamoudou Athie, Kevin Pollack, Alfred Molina, and Jenna Kanell,  who all give definition to small roles in the media or in Hart’s campaign, and also a nod to director Reitman, whose deft dramedies like Tully, Young Adult, and Up In The Air, hadn’t suggested his capable, Altman-esque handling of this film. 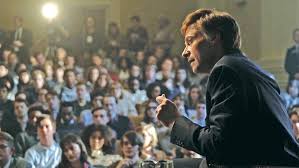 The picture has a lot of sympathy for Donna Rice (Sara Paxton), who was the other woman, in over her head in the shitstorm that descended upon her, and for Lee Hart (the always impressive Vera Farmiga), who made allowances for her husband’s behaviour, but asked only one thing—that he not embarrass her.

You can see where the fault lines lie, the places where the press was getting hungrier and chasing stories they used to ignore back when the politicians and the reporters used to sit around, smoke and drink together. And you can see the point, that the lies a man tells his wife do matter to the job he’s being asked to do. There’s also a wistfulness here, a mourning for a certain level of responsibility and dignity that has been erased in today’s discourse. It hardly needs saying that the kind of behaviour that ended Hart’s career has had little impact on other, more recent presidential candidates. There may also be a sense of regret for the end of a certain kind of privacy. 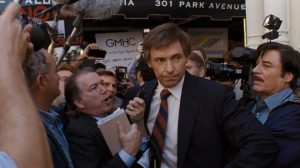 In some ways The Front Runner as much a procedural as Spotlight, but it’s just a lot less celebratory, its characters a lot less capable. Not much to cheer about in these loss-of-innocence yarns where we’re all liable.