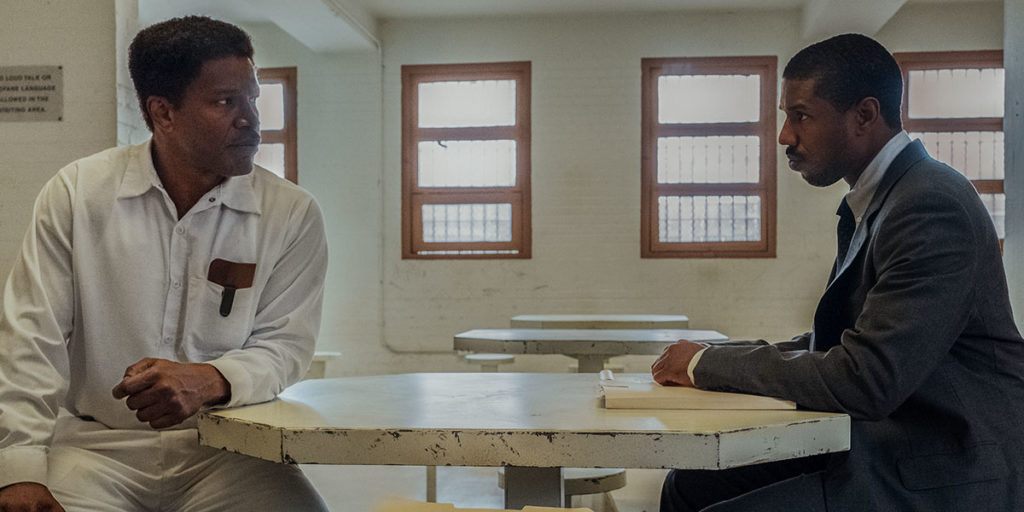 Directed by Destin Daniel Cretton | Written by Cretton and Andrew Lanham, based on the book by Bryan Stevenson | 136 min | Netflix 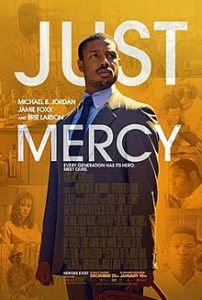 Bryan Stevenson is a crusading Harvard-educated black lawyer—here played capably by Michael B Jordan—who in the 1980s went down to Alabama to help defend men on death row, many of whom hadn’t received their right to proper legal representation in court. He teamed up with local activist Eve Ansley (Brie Larson) and did his damnedest to get Walter “Johnny D” McMillan (Jamie Foxx) the justice he deserved.

McMillan had been convicted and received the death penalty for the murder of an 18-year-old (white) woman when he had an alibi backed up by his entire (black) family and many (black) friends, yet it only took one (white) felon (played by Tim Blake Nelson) to put him at the scene of the crime. That was enough to send him to the big house. 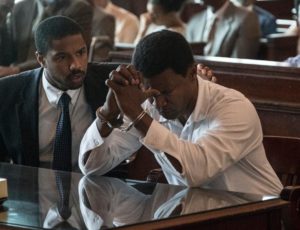 Stevenson cares deeply for this cause, and despite the efforts of the overtly racist local law enforcement and judiciary—county DA Tommy Champan (Rafe Spall) is particularly disinterested in anything like the truth—Stevenson meets with his clients and advocates for them, including Vietnam vet Herbert Richardson (Rob Morgan), who claims to be suffering from PTSD (though I doubt they called it that back in the ’80s), and works to uncover evidence of systemic malfeasance and cover-ups. 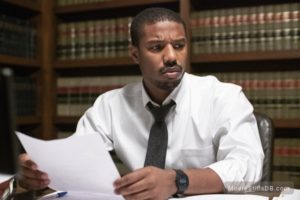 What happened to these men is awful, and Stevenson’s efforts to bring to light to how unfairly  they were treated is nothing short of heroic. But the filmmakers’ earnest, heartfelt commitment to that story does not a good movie make. The preachiness in the script is as heavy-handed as a conservative Christian flick, and you can predict where it’s going from the opening scenes. 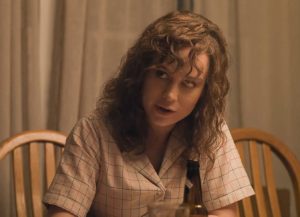 You get the sense that Cretton, who gave us the wonderful Short Term 12 and the less wonderful but still diverting The Glass Castle, both starring Larson, is just ticking plot boxes to get us to the final speechifying and fist bumps—something else they didn’t do in the ’80s. They also bury the lead when we learn the other death row inmate played by O’Shea Jackson Jr was locked up for 30 years—I’d have liked to see more of his story. In fact, a documentary about all of this lawyer’s good work might’ve been more effective than any dramatization. Credit to Jordan and Foxx who both elevate the conventional script with their chops and solid scenes together, though Larson, who usually brings an ineffable spark to her roles, doesn’t do much to bring to life to her character. 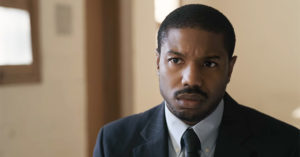 I won’t deny getting a little verklempt in the last few minutes—it would take a stonier heart than mine not to be moved by Just Mercy‘s truth-telling about the hateful prison industrial complex—but that still doesn’t mean the movie is remarkable beyond an average network-TV courtroom potboiler.