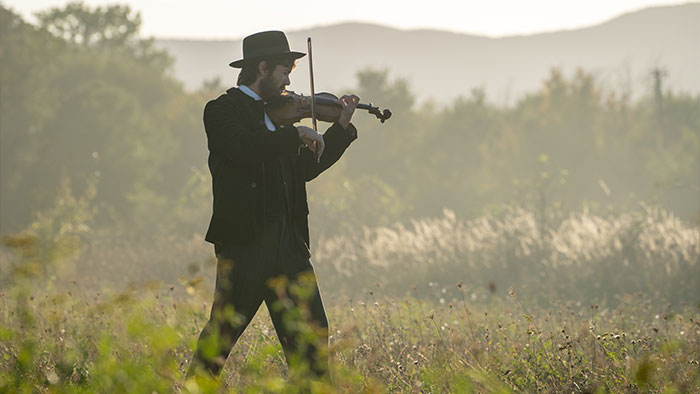 Directed by François Girard | Written by Jeffrey Caine, based on the novel by Norman Lebrecht | 113 min | Crave Plus 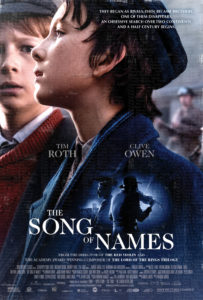 1951: London, a 22-year old Polish-born violin prodigy, Dovidl Rapoport, is expected to debut on the West End stage. He doesn’t show up, then vanishes. 1986: Martin, the English boy he grew up with is now a man and played by Tim Roth, and the cold trail around Dovidl’s whereabouts catches fire.

But before that, we’ve got to go back to the war, the Blitz, with young Dovidl (Luke Doyle) and young Martin (Misha Handley) becoming friends while riding through Hampstead Heath, the cocky, war-hardened Jewish kid and the middle-class Brit. Later, as teens, Dov (Jonah Hauer-King) misses his Polish family who were sent to Treblinka and renounces his faith and identity, while Martin (Gerran Howell) tries to console him, tries to hold onto him. 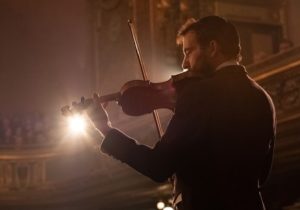 And so it goes. The production values of this Robert Lantos-produced Canadian-Hungarian co-pro are solid—costumes and cars and multiple locations from three different periods, and there’s a reverent solemnity in the material. For a couple of potent scenes the film shines where music at the heart of the story comes to bear, but the picture around the virtuosity refuses to exert much of a grip. 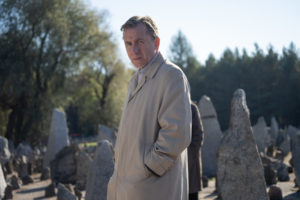 Girard will always be remembered for the respectable drama The Red Violin, and the remarkable one, Thirty Two Short Films About Glenn Gould, both of which this new film about a tortured musician echo, but he’s also responsible for the deeply mediocre Silk. The Song Of Names lies somewhere in between—tasteful and inoffensive to a fault. While it spins the mystery of what happened to Dovidl it holds the interest, but the flashback structure denies us suspense. As the always welcome Catherine McCormack (as Martin’s wife, Helen) asks, “Why are you wasting our time?” 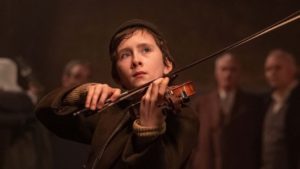 Finally, after a too-brief appearance from the wonderful Saul Rubinek, the mystery is solved, and a selfish man who did an unforgivable thing is revealed as a whiskery Clive Owen. We get a highly unlikely concert, a dramatic conceit the script doesn’t sell.