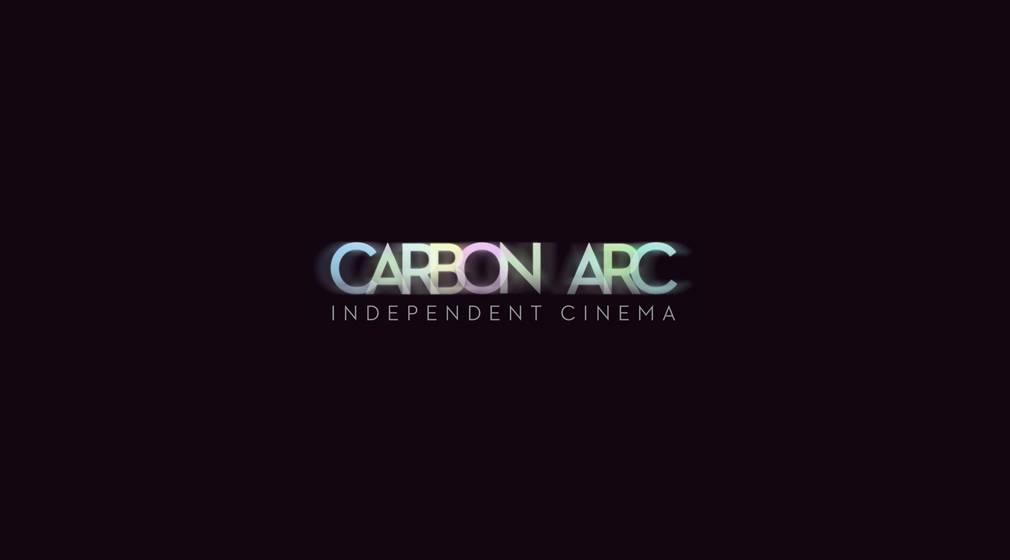 It was a challenging season at Halifax’s Carbon Arc Independent Cinema. For the first time in a decade a screening was cancelled by a distributor, who pulled a film because they could get shown for two weeks with Cineplex. Then, on the heels of that, streaming giant Netflix decided at the last minute to pull two other films they’d agreed to allow Carbon Arc to show, despite the fact that the cinema had screened Roma multiple times earlier in the year, presumably over concerns around pirating. Paranoia runs deep.

Despite these setbacks, the season was a strong one. I didn’t see the documentary David Crosby: Remember My Name, or the drama Synonyms, but here are reviews of all the films I did see and helped program. Let this be a reminder that Carbon Arc will return with more new screenings in a few weeks. Check the Carbon Arc site for updates. 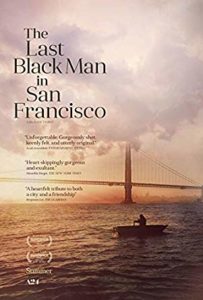 The debut feature by writer-director Joe Talbot in tandem with his good friend, writer-actor Jimmie Fails, whose own story this film is based on. There’s a lot to admire in TLBMISF, from the gorgeous cinematography to the clever use of music—a remixed version of Joni Mitchell’s “Blue” and Michael Marshall’s rescue of Scott McKenzie’s twee Summer Of Love anthem “San Francisco (Be Sure To Wear Flowers In Your Hair)”—to the cameos from Jello Biafra and rapper Sam Quinn, and a string of wonderful character moments from the gifted leads, Fails and Jonathan Majors. To call this picture plot-light is an understatement—this is potently character-based, a string of moments, exploring the pressures on black men to express their masculinity in a certain way, while recognizing that the system is stacked against their success at every turn.

All of which is especially impressive by a first time filmmaker. If I took issue with it at all, it’s when the themes and subtext become text in the final 15 minutes, with characters’ dialogue giving voice to issues illustrated well enough through the meat of the thing without needing to be explicit. 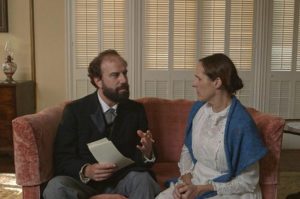 This is an entirely different kind of Emily Dickinson biopic than the 2016 effort from Terence Davies, A Quiet Passion, but no less engaging in its own way. Wild Nights With Emily explores the relationship the renowned American poet had with Susan Gilbert, her sister-in-law, presented in a theatrical, comedic space—like a series of strung-together sketches. It’s charming and very funny, though I don’t think it earns its left turn into the heartfelt. But fans of the poet’s work, or of reframing historical narratives with a queer perspective, will find plenty to appreciate in writer-director Madeleine Olnek’s film.

Emily (Molly Shannon, no stranger to sketch comedy from her years at Saturday Night Live) has been deeply in love with Susan (Susan Ziegler) since they were teens. Susan marries Emily’s brother, Austin (Kevin Seal), as a solution to allow their affair to continue—Susan and Austin live together in a home directly adjacent to the Dickinson homestead. All of this is told in flashback by Emily’s first publisher, Mabel Loomis Todd (Amy Seimetz)—the lion’s share of Emily’s poems weren’t made available to the public until after her death. But aside from being her publisher, Mabel has a peculiar connection to Emily’s life and work, which I will not spoil here.

I appreciated the energy at work in this film, everything from Emily’s sister, Lavinia (Jackie Monahan), and her weird cat-lady moments to the always welcome Brett Gelman as Thomas Wentworth Higginson, an editor at The Atlantic Monthly with whom Emily corresponded. With his appearance here and in Phoebe Waller-Bridge’s Fleabag, he’s carving out a particular on-screen niche as an obnoxious mansplainer. And if it all doesn’t all quite hold together, it does illuminate what could very well have been a more accurate depiction of Dickinson’s romantic life than we’ve seen before.

The Art Of Self-Defence 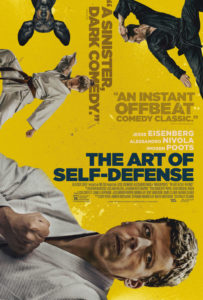 “Never hold back. Not ever. It’ll only make you weak, and you can’t be weak anymore. Not in the night classes.” This is the lesson Casey (Jesse Eisenberg) learns explicitly from the only woman in his karate dojo, Anna (Imogen Poots), and implicitly from his Sensei (Alessandro Nivola).

Stearns’ bone-dry satire is maybe the funniest deconstruction of masculine tropes since Fight Club, and if there’s any justice in the world it won’t be taken as literally as that picture was, nor earn the kind of fan that espouses the very thing the David Fincher picture was satirizing.

Seems unlikely as The Art of Self-Defence is laugh-out-loud funny once you tune into its peculiar perspective, and while it’s skewering you with its dark, sometimes disturbing plot developments, it’s also schooling its audience on the ways in which we’re too often looking for a leader to take responsibility, and willing to give in to authority in order to feel like we belong. 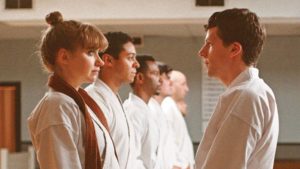 Eisenberg seems uniquely qualified to play someone afraid of the world around him—he oozes anxiety, and apologizes repeatedly to his dog. When he discovers karate it awakens something in him, and he devotes all his time to this new discipline, even to exception of his job—for better and frequently worse. 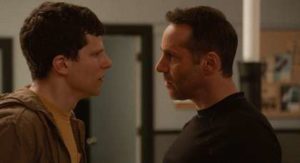 But it’s Nivola who nabs the MVP here—his Sensei needs to be a perfectly balanced charismatic antagonist for this to work. He has to be appealing and attractive, but also possibly a psychopath. His manipulations are of the audience as well—we’re regularly caught wondering what he’s planning. Nivola has been doing exceptional work for years in supporting roles in films as different as Junebug and Disobedience. It would be great to see him get more recognition from projects like this one, which is bound to earn a cult in the years to come.

This was a fairly polarizing film in our fall series—some in my audience straw poll said they genuinely enjoyed it, others were not fans at all. 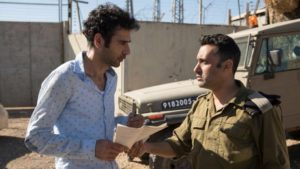 A charming, scrappy comedy directed by Sameh Zoabi, a Palestinian who was raised on Arabic soap operas. His co-writer, Dan Kleinman, is an American Jew who taught Zoabi at a New York film school. Together they’ve managed an unlikely but surprising management of tone—this could’ve gone wrong in so many places, but manages to subtly engage serious issues while staying resolutely light.

It’s the story of a Palestinian man, Salam (Kais Nashif), who travels through checkpoints every day from Ramallah to Jerusalem to attend his job on the set of an Arab soap opera. Through a fairly unlikely series of events—it helps that his uncle is the show’s producer—he gets promoted from production assistant to head writer. The IDF captain (Yaniv Biton) at the checkpoint stops Salam and discovers the guy works on his wife’s favourite soap, and starts to make suggestions on how the Israeli soldiers should behave on the show. 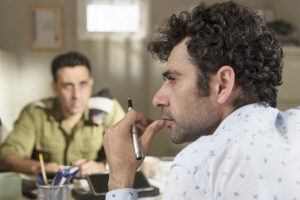 It’s all playfully outrageous. Salam, who Nashif plays as sincere but adorably dense, tries to make a go of it as a television writer and finds he has some success once he applies himself, and the film also makes the effort to work in his own romantic subplot, with a nurse (Maisa Abd Elhadi) he’s known since childhood but he once broke her heart. This is probably the weakest part of the story, if only because the movie simply doesn’t provide enough screen time to flesh out their hot-and-cold attraction to each other. But it’s fine—there are plenty of other pleasures along the way. 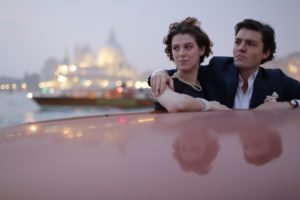 Julie (Honor Swinton Byrne) is a film student living in swanky 1980s Knightbridge, but managing expenses with roomies. She meets Anthony (Tom Burke), a caustic, perhaps toxic man. Their connection is intellectual and austere at first, but when they get closer they become codependent, and we see evidence of drug addiction and deceit. Written and directed by Joanna Hogg, the film is a fictionalized account of her youth, and she does something extraordinary with the film—it feels authentic because its authorial voice seems raw and earnest, as if it were the product of a young and inexperienced filmmaker—and Hogg is neither of those things. For example, she includes pastoral shots of the English countryside overlaid with poetry, and her frequent digressions into Julie’s film shoots directly comment on the film we’re watching, adding a level of self-consciousness one might expect from a first timer looking to be clever. What’s surprising is this all positively adds to the experience of a picture edited in a scattershot, vignette-heavy fashion inspired by 1960s British social realism, where a female lead gets herself into a lot of trouble due to a lack of self-esteem, inexperience, and bad men. It’s frequently frustrating, and not all of it works, but it casts a spell unlike anything we’ve seen from British cinema in awhile, and that makes it essential. (Hogg is following up this film with a sequel in 2020, so see the first one if you can before the second arrives.) 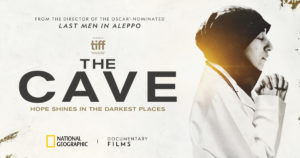 Feras Fayyad directed a documentary called The Last Man in Aleppo, and followed it up with this undeniably potent look at a subterranean hospital where harried medical professionals treat civilians in one of the bombed out corners of Syria. Our lead is Dr. Amani Ballour, a woman in a management role, an outlier in this patriarchal society—not only does she have to deal with a regular influx of wounded civilians, a chronic lack of resources and supplies, but she also struggles with the attitudes of men who blame her for their problems. The film is a sharp, intense, and in places devastating document of what’s been happening in Syria—if you simply can’t believe children are being wounded by chemical warfare, watch and learn. However, it’s also worth mentioning that, despite a recognition of the film’s effectiveness, more than one person in the Carbon Arc audience wondered why Fayyad would choose to include a mood-setting score and tweak the sound to add non-diagetic content. Wasn’t what he got on site gripping enough without the gilding? 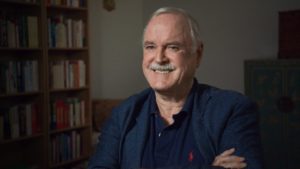 Veteran documentarian John Walker stepped in at the last moment to share with Carbon Arc audiences his wonderful film, based on American philosopher Aaron James’ book of the same name. With a friendly, jaunty tone, the film explores how and why so many people take such pride in being bullies, entitled and chronically unkind in our modern world. Walker finds a healthy crew of thinkers who weigh in on the issue, and even a few self-proclaimed assholes to help provide a profile. I saw it back at the film festival, and it’s an important chronicle of our age. It will inspire you to ask yourself whether you might be an asshole. Walker told me if you’re asking the question, you’re probably not.