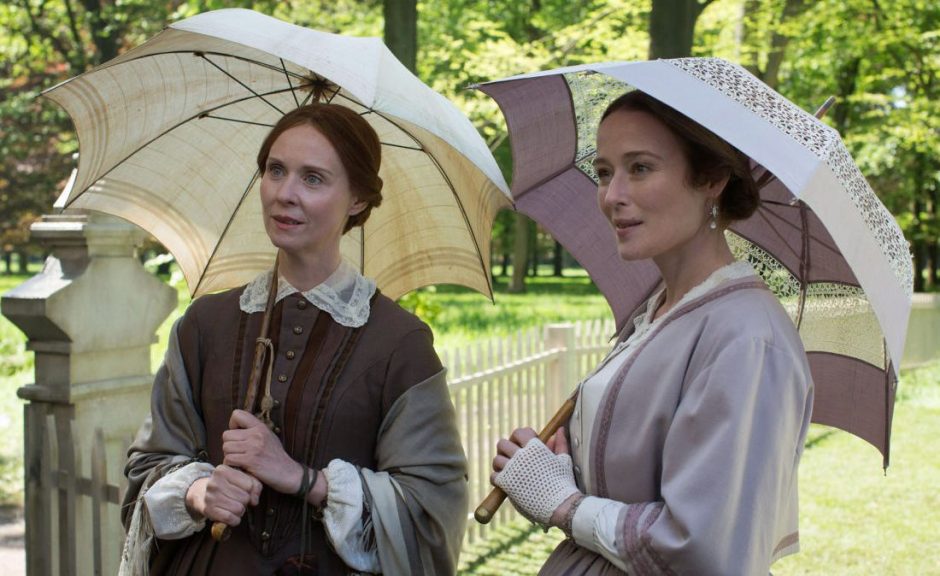 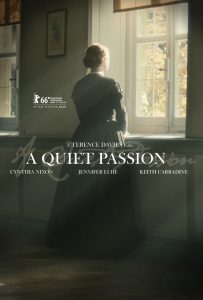 A solemn, mannered Emily Dickinson biopic, directed by the very literate British filmmaker Davies. On the surface an odd casting choice for the poet, Cynthia Nixon, makes the role entirely her own.

We meet Emily when she’s still a teen (Emma Bell) frustrated at a seminary, rejecting the word of god and the conventions of her age, which becomes a behaviour model for the rest of her days. Rescued by her family, she lives through adulthood with them—father Keith Carradine, mother Joanna Bacon, sister Jennifer Ehle, brother Duncan Duff,  and sister-in-law Jodhi May. She’s devoted to her late-night poetry and a certain personal rectitude while managing an edge of bitterness that, as time passes, threatens to overwhelm her. She argues she won’t invite marriage if she can’t be an equal partner, and then defends her independence with a sharp-edged anger, never risking the possibility of finding happiness with anyone else. 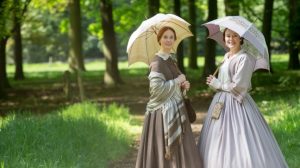 Nixon and Ehle are the prime storytellers here, matching each other beat for beat—Ehle’s been the secret weapon of many a film, but Nixon really surprises, balancing a perfect fragility with a sense of righteousness. And Catherine Bailey is also terrific as Miss Buffam, Emily’s good friend, who serves as an example of a kind of freedom while rattling off all the wittiest lines. In some ways this feels like a darker, American gothic take on Jane Austen’s Sense and Sensibility, without the joy waiting at its end.

Davies, who’s adapted serious historical material in the past, including Edith Wharton’s House of Mirth, directs with a mix of stiff staginess and gorgeous flourish. The first act gives the impression of a particularly dry drawing room play, which threatens to scuttle the whole production, but it turns a corner with a dollop of CGI—Davies morphs the younger versions of his characters into their dour older selves, which works surprisingly well. An entire wordless sequence is scored to John Harle’s “The Three Ravens,” an operatic suite where Emily imagines a man climbing the stairs of her home, only to have her bedroom door close to him.  The film’s single best scene might be one between Nixon and May, where they talk in hushed voices about the sacrifices they make as women in America in the mid-19th Century. 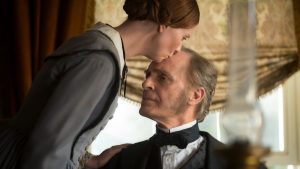 This is powerful, if emotionally messy, stuff. Don’t be put off by its formality or its inklings of despair—A Quiet Passion is a film about Dickinson’s life, her self-criticism, where she channels wanting to be acknowledged, to be justified in a society that didn’t value what she had to offer. There’s plenty of juice left in that story, and plenty of need for it to be told. 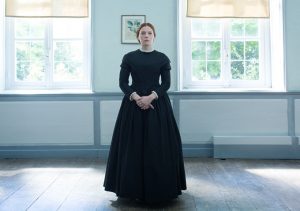