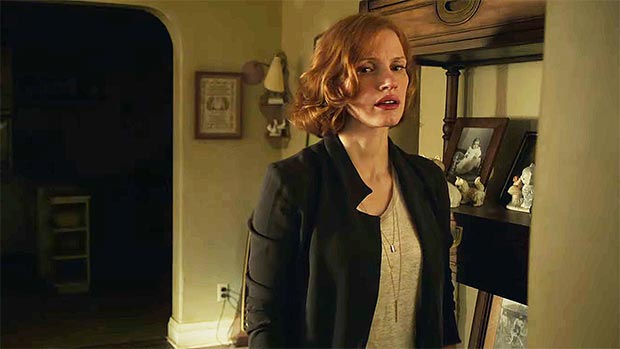 It | Directed by Andy Muschietti | Written by Chase Palmer, Cary Joji Fukunaga, and Gary Dauberman from the Stephen King novel | 135 min | On Demand 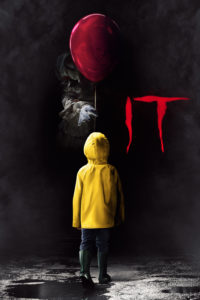 It Chapter Two | Directed by Andy Muschietti | Written by Gary Dauberman from the Stephen King novel | 169 min | Netflix, On Demand 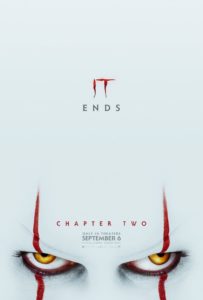 Stephen King is experiencing something of a renaissance, on both the big and small screen. Adaptations of his popular novels (and the less popular) just keep showing up . The King novel It is here split into two features, with the first a big hit back in September 2017. I chose to wait to see them both in close proximity —as with any film adaptation of a single book, splitting it into two doesn’t necessary make the constituent parts sing on their own. 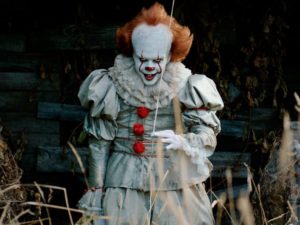 It is about a group of misfit teen friends in small town Maine—set in the 1960s in the novel, the 1980s in the movie—discovering something terribly wrong in, or more accurately, beneath, their town. Kids are murdered there much more than in other places, and that has something to do with a terrifying clown who lives in the sewers. In the second film, we shoot forward 27 years when the friends have all moved away and forgotten all the awful things that happened in their childhood, along with some of the promises they made to each other.

This is event horror—big budget, handsome, and well shot, with a great sense of place—Port Hope, Ontario, standing in for the fictional town of Derry, Maine. The child cast is winning: Jaeden Martell as Bill, Sophia Lillis as Beverley, Jeremy Ray Taylor as Ben, Chosen Jacobs as Mike, Jack Dylan Grazer as Eddie, Wyatt Olef as Stanley, and Finn Wolfhard as Richie, with the frequently terrifying Pennywise the Clown played by Bill Skarsgaard of the Swedish acting clan (including Alexander and Stellan). 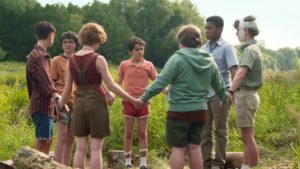 The casting of Wolfhard is a little unfortunate as it’s one of the direct ways this production is tied to Stranger Things, the popular series inspired by the 1980s work of King and Steven Spielberg. That Netflix show is more playful and more engaging than this effort, and while it might be a little unfair to compare a two-part feature to a series, there are too many parallels besides Wolfhard to ignore it. Both feature a dynamic cast of kids and set in small American towns facing otherworldly threats, and both drop heavy references to horror from the 1980s, from The Shining to The Thing.

But It is found wanting in the comparison to Stranger Things, despite the R rating allowing more intense imagery and scares. The film’s opening act doesn’t engage—it’s a painfully rote set-up, with the requisite jump scares, an evil house so cliched in its art direction it could have been from any number of gothic tales, and the inevitable weirdo in the sewer.

Part of the problem is this feels like stuff we’ve all seen before, because we literally have: the King book was adapted once before as a TV miniseries, with Tim Curry’s iconic Pennywise still haunting us through time, though full credit to Skarsgaard and terrific make-up and SFX departments for bringing a fresh take on the terrifying character. 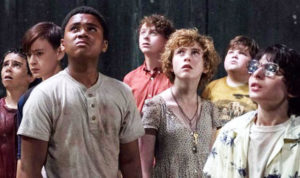 But as It goes on, the film starts to distinguish itself from the TV series and Stranger Things, with the creepy scenes piling on and getting a lot more creative. A highlight is a moment in a bathroom involving prehensile hair and buckets of blood.

But problematic plot issues also pile: At one point the group of friends split up, overwhelmed by the terrible clown (whose motivations and origins remain frustratingly opaque until well into the second film). Then, in practically the next scene, the friends are all reunited, and the film doesn’t bother to explain how that happened with a number of them. The sequel goes to some effort to fill in the gaps, but why should we have to wait until then?

Those aren’t the only problems with It. Almost every adult or older teen in Derry is a terrible person, a parade of rednecks, hypochondriacs, and abusers. The film cries out for a broader perspective of the townsfolk, any well-rounded characters aside from the kids. 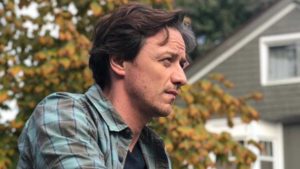 It Chapter Two is a little lighter—even though it starts with a horrendous hate crime followed by a scene of spousal abuse harder to watch than any moment of supernatural weirdness. The filmmakers want to open with big stakes, but their efforts end up feeling queasily calculated for maximum real world revulsion in a picture that could’ve managed that element of tone a lot better.

Cameos by Peter Bogdanovich and Stephen King are more welcome, as is a bizarre but hilarious moment where Juice Newton’s “Angel of the Morning” plays over a character getting doused with black goo.

The casting of Jessica Chastain as adult Beverley is perfect, while Isaiah Mustafa as Mike, Jay Ryan as Ben, James Ransone as Eddie, and Andy Bean as Stanley are all solid choices for the grown-up versions of the kids we got to know in the first film. 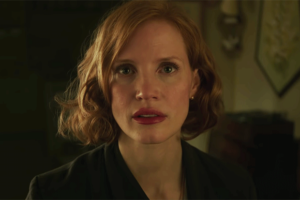 The picture’s big mistake is casting Bill Hader as the Finn Wolfhard character, Richie—presumably because he’s a comedian— and James McAvoy as Bill, who was played as a child by Jaeden Martell. Hader is a far better physical match to Martell—tall and lanky, capable of delivering the character’s awkward leadership—while McAvoy is shorter, more wiry and a better physical match for Wolfhard and could’ve easily played the repressed joker. It took me the better part of the film’s first act to get past the obviousness of this error. 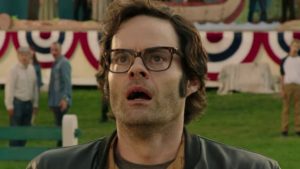 There’s no excusing It Chapter Two’s almost three-hour run time. The last act, a battle against the force of evil that’s been preying on their town is pointlessly, interminably drawn out in a sewer cavern followed by a sub-cavern, really testing the audience’s goodwill toward these characters and indulging in a fundamental silliness that threatens to upend the entire production.

The takeaway is the professionalism and craftwork of both films is more impressive than its achievement as any kind of memorable horror movie. The Its entertain while feeling a little too obvious to match their antecedents from 35 years ago, while also not nearly adventurous enough to be counted among the best horror of this era. 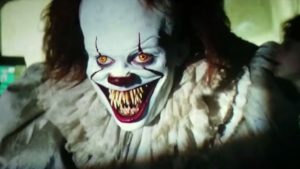 Maybe a future special edition will recut the two movies in a more non-linear fashion to better ape the book’s structure and allow It a less conventional, predictable, and overwrought storytelling arc. In the meantime, the two movies are best seen in close proximity, which goes some way to reuniting the narratives as one.