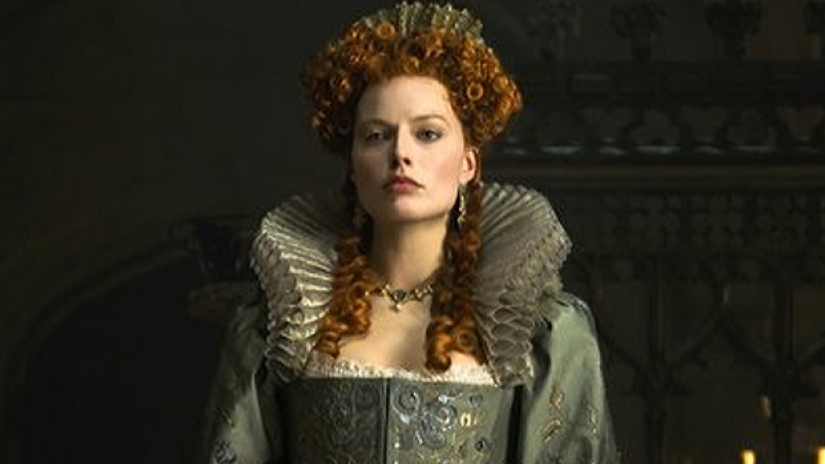 Directed by Josie Rourke | Written by Beau Willimon, based on the book by John Guy | 124 min | Netflix 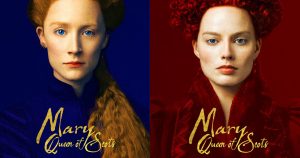 I have to confess, if I hadn’t seen The Favourite a little more than 48 hours ago, Mary Queen of Scots might not have seemed so dull and conventional in its storytelling. Though the pictures couldn’t be more different in approach, set more than a century apart, both purport to tell the tale of British monarchs with feminist angles, and both deal with power struggles from within and without. But where The Favourite deftly balances the conflict between women in a single, restricted environment, Mary Queen of Scots features two queens separated for almost the entire film, where essentially it’s the story of only one of them, and her efforts to maintain her throne while being deceived and betrayed by every man around her. 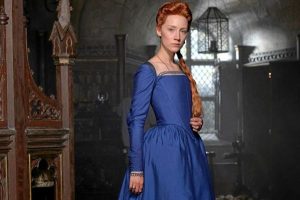 That’s Mary Stuart (Saoirse Ronan), who returns to Scotland from France a widow of the French king, and immediately is embroiled in political games-playing while trying to find favour with her cousin, Elizabeth I (Margot Robbie), the English Queen. Stuart actually has a stronger claim to the English throne than Elizabeth does, and complicating matters is that Mary is Catholic, while Elizabeth is Protestant. Prominent among the dudes offering counsel are various hangers-on and lords played by Joe Alwyn (also in The Favourite), Adrian Lester, Guy Pearce, Jack Lowden, Ian Hart, James McArdle, and David Tennant, who hides behind terrible hair and wardrobe as the entirely one-note villain and pulpit-screamer, John Knox. Actually, all the men’s hair and make-up feels a lot more hipster 2018 than nobleman 1567.

Now, is it an issue that every one of Mary’s advisors is an asshole? Not necessarily, but it is one that their reasons for being assholes—beyond power and greed—are so poorly elucidated. A bigger problem is the script from Willimon, whose otherwise solid work on House of Cards indicated an understanding of how to tell stories of political power. Here, almost every utterance in the first act is expositional, sounding more like a dry, historical text than anything actually spoken by a human being. It’s so on-the-nose, I wondered if they shot a first draft rather than making time to smooth out those clunky exchanges. Some of the blame may rest with Rourke and her relative inexperience—this is a first feature. Her accomplishments in British theatre haven’t made for much narrative control, and where she tries to get creative—for instance juxtaposing a scene of Mary’s afterbirth with the red paper strewn between Elizabeth’s legs—it feels clunky and misjudged. The costumes, especially on the women, are striking, as are some of the sets, but it’s nothing we haven’t seen before.

Speaking of Elizabeth, she spends most of the movie disconnected from the real drama. There really is something about Mary—you could cut Elizabeth entirely out until the last act and save a good 20 minutes of running time, and probably improve the picture with the build-up in suspense for their meeting. It isn’t that Robbie’s not good, it’s just that she’s inessential. Every time we cut to her court, you can feel the storytelling gears grind. The real blood is spilled in Scotland, and when Mary and Elizabeth finally share a scene, though it’s a terrific moment created by talented actors who overcome some awful staging, if feels too little too late.

One particularly interesting choice: the colour-blindness of the casting, where some historical figures are portrayed by people of colour when they were historically not. Rourke must have brought the convention with her from the theatre, and I can  understand why this is a great idea in 2018. As I applaud the diversity, for a minute I wondered about the wisdom of depicting a culture so entrenched in its patriarchy that, at the same time, seems to have overcome its historical and colonial racism. That’s a possible takeaway, and in a film celebrating famous monarchs of empire, it’s worth having a conversation about it, along with the inevitable accusations of tokenism. There’s a thesis to be written about this by someone more learned than I am, but in the final analysis, maybe we’re all going to have to suspend our disbelief a little more going forward, and maybe that’s just fine.

If you’re to see it at all, see it for Ronan. Once again she shows a passion and commitment that single-handedly raises the picture from the drudgery of a so-so script. What works here is almost entirely due to her.