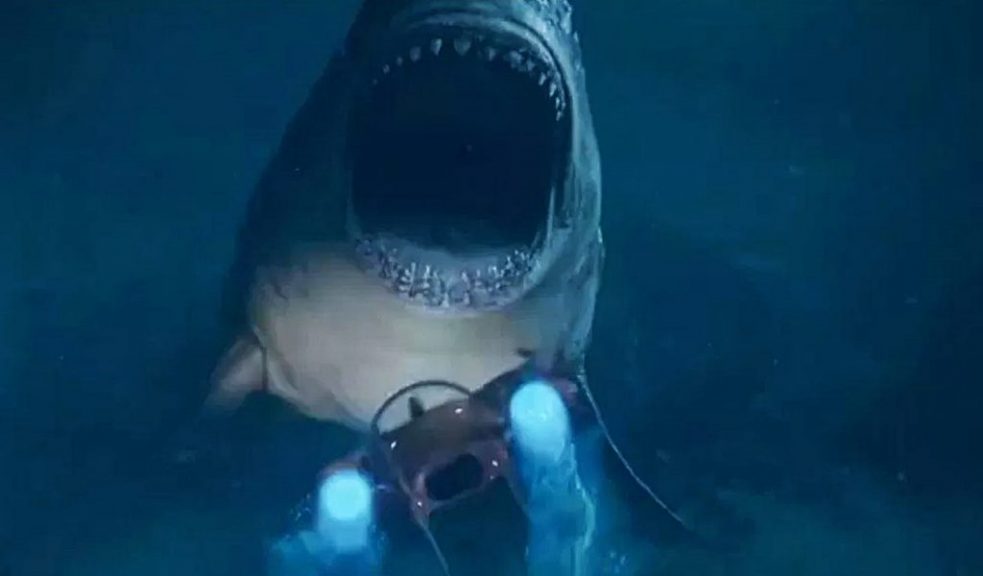 Directed by Jon Turteltaub | Written by Dean Georgaris, Jon Hoeber, and Erich Hoeber, based on the book by Steve Alten | 113 min | Netflix 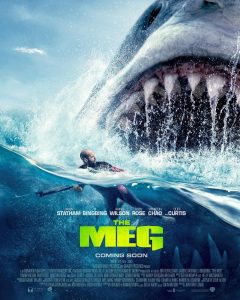 A giant, prehistoric shark movie arriving in late summer? You give it a lot of rope.

It’s fair to expect a likely ridiculous but a fun time-waster, especially given it’s starring Jason Statham, whose career lately has embraced a certain tongue-in-cheek playfulness. But even with the lowest possible expectations, The Meg barely satisfies.

Take a look at Turteltaub’s CV and you’d have an inkling of what to expect; the frequent TV producer moonlights as a filmmaker, with National Treasure and Cool Runnings probably the most well-regarded pictures in his filmography filled with forgettable industrial product. Here the story is that a team of marine biologists (including Bingbing Li, Cliff Curtis, Winston Chao, Ruby Rose, and Page Kennedy) financed by billionaire Rainn Wilson discover the bottom of the Mariana Trench hides a secret, a hidden zone, and here be monsters, including an enormous squid and massive shark thought to be extinct—the Megalodon. 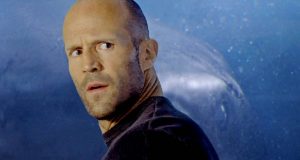 Naturally, the curious scientists get stuck down there, and Li (more convincing when speaking Mandarin than when she uses her so-so English) must attempt to save them, leaving behind her adorable daughter (Shuya Sophia Cai, the most likeable character here). A tough guy  with a drinking problem (which is indicated early on, then conveniently forgotten for the rest of the movie), Statham is located and brought in to help, despite the protestations of some of the team who have history with his “bad decisions.” 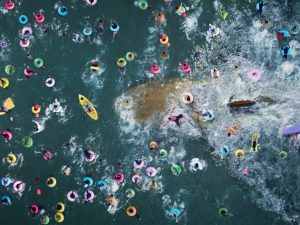 The plot is really of no consequence, so let’s dispense with it. All you need to know is the giant shark decides to leave its home at the ocean bottom and eat scientists and nearby swimmers. Internal logic? Forget about it. Underwater speeders have 30 second timers to switch off lights in one scene, then switch them on and off repeatedly in another. A single shark is established in one act, and a second shows up later. The bends? They don’t exist in this universe. And it’s all done in gloomy 3D and terrible CGI. The fish is about 10 times less frightening than Bruce, Steven Spielberg’s malfunctioning mechanical beast that terrorized Amity Island in 1975.

Sure, you can chuckle at the rank amateurishness of all of this if you want, but it’s the writers who’re really to blame here—it took three dudes to translate the book to film. They need to be dragged out and chopped into chum as an example to all who follow.