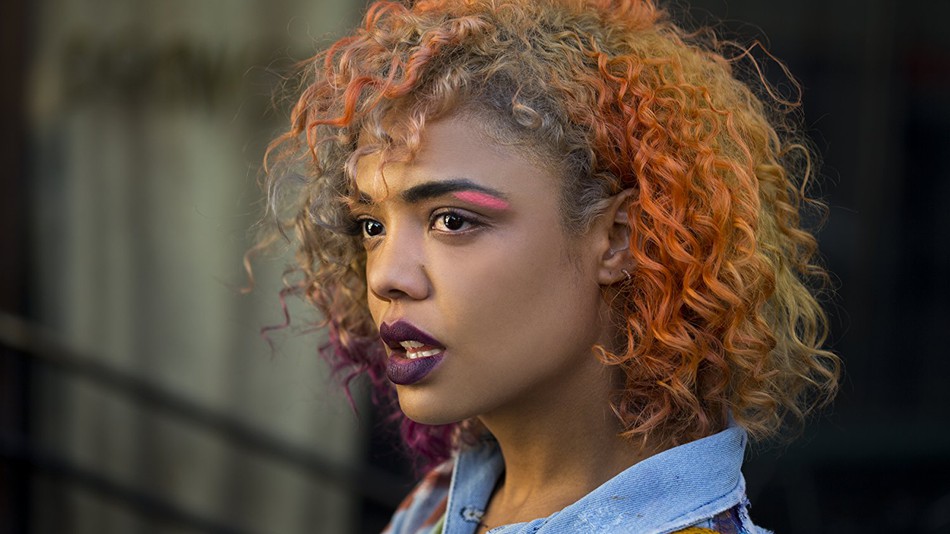 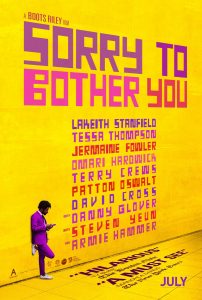 It’s near-future Oakland, and Cassius (Cash to his friends) Green (Lakeith Stanfield) needs a job. He’s living in his uncle’s garage, broke and obsessed with death, though his performance- and installation-artist girlfriend, Detroit (the reliably excellent Tessa Thompson), still digs him. He gets a telemarketing gig at a place called RegalView, where a veteran (Danny Glover) next to him in the cubicle farm suggests he’ll do better if he adopts a “white voice” (provided by David Cross), which brings success. Cassius rises to the station of Power Caller, an elite salesperson. This while his colleagues and buddies (including Steven Yeun and Jermaine Fowler) plan to unionize the office. 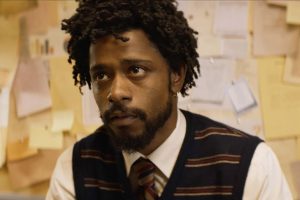 Off this thread of plot hang gags and details that reflect a simmering but powerful moral outrage: Riley takes shots at corporate, white America,  the prison industrial complex, inane internet memes, and even the active abuse of reality TV:  A floating corporate entity, Worry Free, offers the security of work, room, and board for total subservience, overseen by a coke-sniffing CEO, Steve Lift, played with glee by Armie Hammer. America’s most popular reality TV show is the frighteningly plausible “I Got The Shit Kicked Out Of Me.” This all feels remarkably relevant, especially a scene where Cassius is forced to rap, and comes up with an unpublishable chant that turns on all the clueless white folks present. 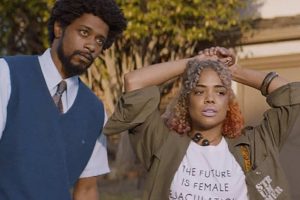 Riley’s thematic focus is empty consumerism and how white America exploits blacks, and in that he hits a lot of his targets until the film goes off the rails in the third act with a sci-fi twist. It feels like one gag too far, finding an unnecessary analogy for slavery that he didn’t need. The gonzo imagination on display is impressive, but an opportunity to show the appeal of being one of the chosen few, to give Cassius a real decision to make, is ignored. More problematic is when Riley hangs his richest character, Detroit, out to dry with multiple go-nowhere subplots. 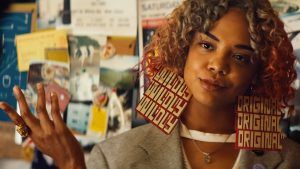 This said, it’s a real pleasure to watch a film with one or two too many ideas rather than too few, even if not all those ideas click.