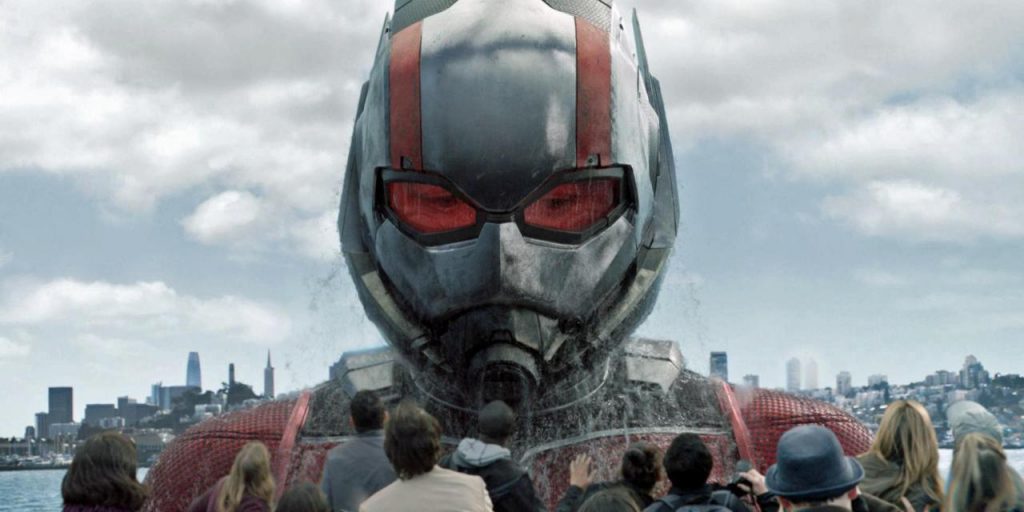 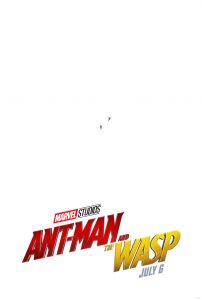 Trust Marvel Studios to mix it up again, following the afro-futurist adventure of Black Panther and the cosmic drama of Avengers: Infinity War, with a return to what feels like a side-project, a movie with a lighter, Saturday-morning cartoonishness. I found Ant-Man from 2015 to be passably entertaining, if a little forgettable. (I’d recommend anyone who hasn’t watched it since then, or at all, to see it before taking on this sequel.) I wish I had better things to say about Ant-Man And The Wasp. The humour is always welcome, as are the solid production values, but an over-busy, under-inspired plot makes for a weak entry in the franchise mythos. This is the least essential film from the studio since The Incredible Hulk. 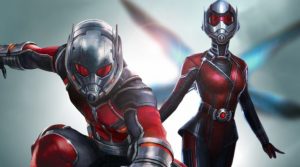 We’re back with Paul Rudd’s Scott Lang, a thief-cum-superhero, but instead of his daughter as his primary focus, he gets caught up with the genius inventor, Hank Pym, his daughter Hope (Michael Douglas and Evangeline Lilly), and their efforts to save Hank’s wife, Janet (Michelle Pfeiffer), from the Quantum Realm she’s been trapped in for 30 years. Scott’s also got to maintain the appearance of good behaviour to the FBI (personified by Randall Park) and help run his company with the movie’s most reliable comic relief: Luis (Michael Pena), Kurt (David Dastmalchian) and Dave (TI). 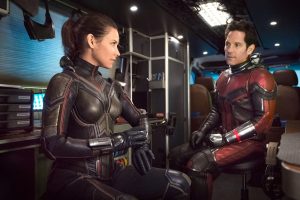 This picture’s five writers clearly didn’t care at all whether there’s too much exposition or technobabble—cuz lemme tell you, there really is. The narrative is so weighed down by its need to explain itself using huge, unwieldy vocabulary it barely makes time to let its characters breathe. And even with all this turgid talk, they never get around to the biggest question of the whole movie: How someone might survive for decades in a dimension that will make you doubt your sanity inside of a minute. There’s also a painfully egregious Hyundai product placement—combined with an ad right before the movie—which reminded me a little of the ridiculous Spider-Mobile. 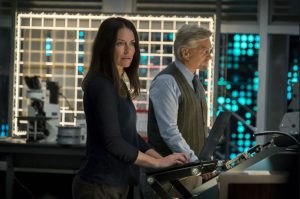 That’s not to say this is a fun-free zone—I really enjoyed watching Luis react to a truth serum, leading to a storytelling montage that’s the best moment in the whole movie. But we don’t spend nearly enough time with him, and far too much time with the bland Hank and Hope. While it’s great to see a female superhero share the screen and title with the male, and even be given the opportunity to save his life, I wish I liked her more. Aside from kicking ass,  she mostly just gets to react to Scott’s blundering around. 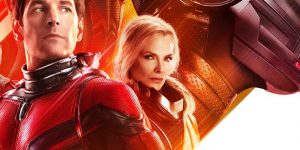 The antagonists aren’t upping the good times much, either. A subplot featuring Laurence Fishburne and Hannah John-Kamen as a ghostly villain trying to steal the Pym’s secrets could’ve been entirely cut out without much impact on the rest of the picture, other than making it a welcome 25 minutes briefer. This while Walton Goggins’ black market tech dealer makes a promising entrance, he then fails to offer any kind of real threat. 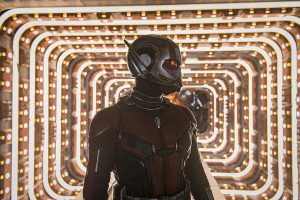 I grant that Ant-Man And The Wasp feels like it’s aimed at younger viewers than most of the Marvel movies, and the kids in the matinee screening I went to giggled a few more times at the picture than I did. But then one of them also kicked the back of my seat repeatedly and wouldn’t shut up, so I’m not sure any of that behaviour is actually a vote of confidence. A friendly warning, then: If you are child-free, you may wish to wait until next year’s Captain Marvel or the return of The Avengers to step back into the Marvel Cinematic Universe. 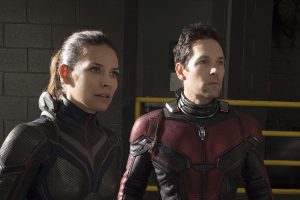